The three balers have so far proved to be more efficient.

WHEN you're in the export hay business, you almost live by the clock when THAT window comes around.

"We do a lot of straw so anything that can help with our productivity to improve cost efficiencies is something we're always on the lookout for," said Reuben Woods.

Reuben farms with his father Steve and brother-in-law Brent Leeson.

According to Brent the decision to buy the CLAAS balers (with a little help from the government's tax write-off scheme) was to achieve a "longer baling window and switching to 4x3 bales also was safer for stacking and more efficient for transport".

The trio started a 3400 hectare program on September 23 contracting east of Ballidu and south of Kalannie before returning to the home property for an 1100ha program earmarked for export through Hay Australia, which is part-owned by Steve.

"We're getting between 90 and 100 bales knocked out an hour and at one stage we were doing a bale every 31 seconds," Reuben said.

"Typically we can start early in the morning, depending on conditions, and go through to midnight with a total of three drivers. 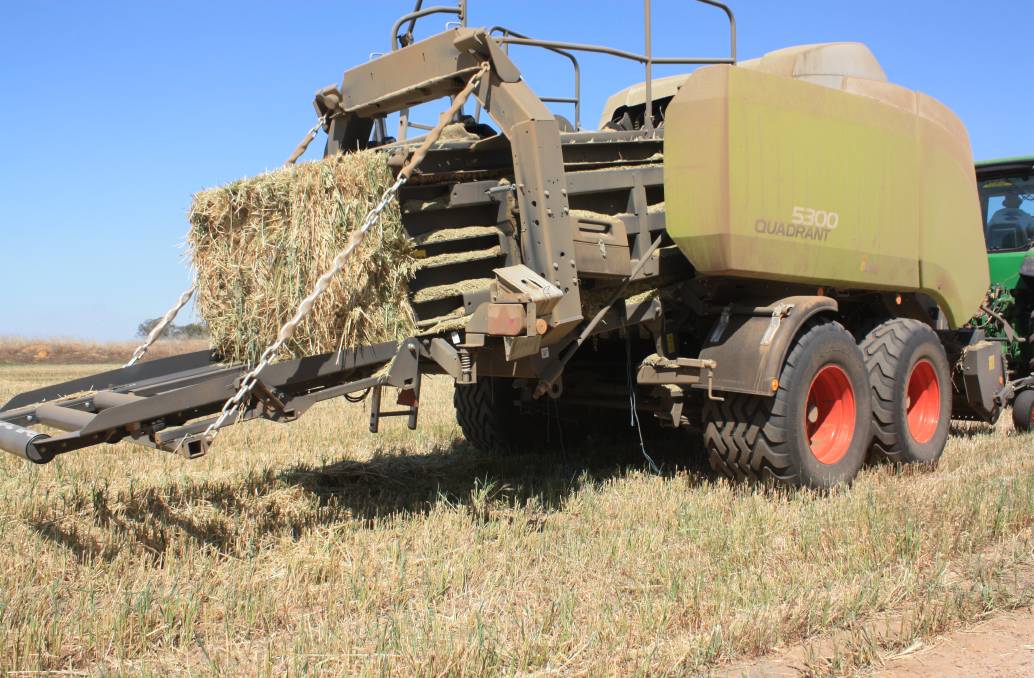 A steerable axle is the 'cream on the coffee' and gets a big thumbs-up from all Quadrant operators, being easier to steer with the bonus of good floatation.

"While we're still on a bit of a learning curve with the new balers regarding finding the sweet spot settings, we're happy with how they are performing."

According to Reuben the Quadrant models make better bales in drier conditions, "and that's where you gain.

"Bale weights are averaging 660 kilograms so with the three balers we're picking up extra hours and gaining more weight an hour," he said.

"The extra hours we're doing, particularly with no blockages, is a big bonus and I think we could end up doing more than 50,000 bales a year with these balers," Reuben said.

"Denser bales also means you can work through a paddock faster with less stops to unload the baler and less time picking up bales, and you can fit more hay in the shed. 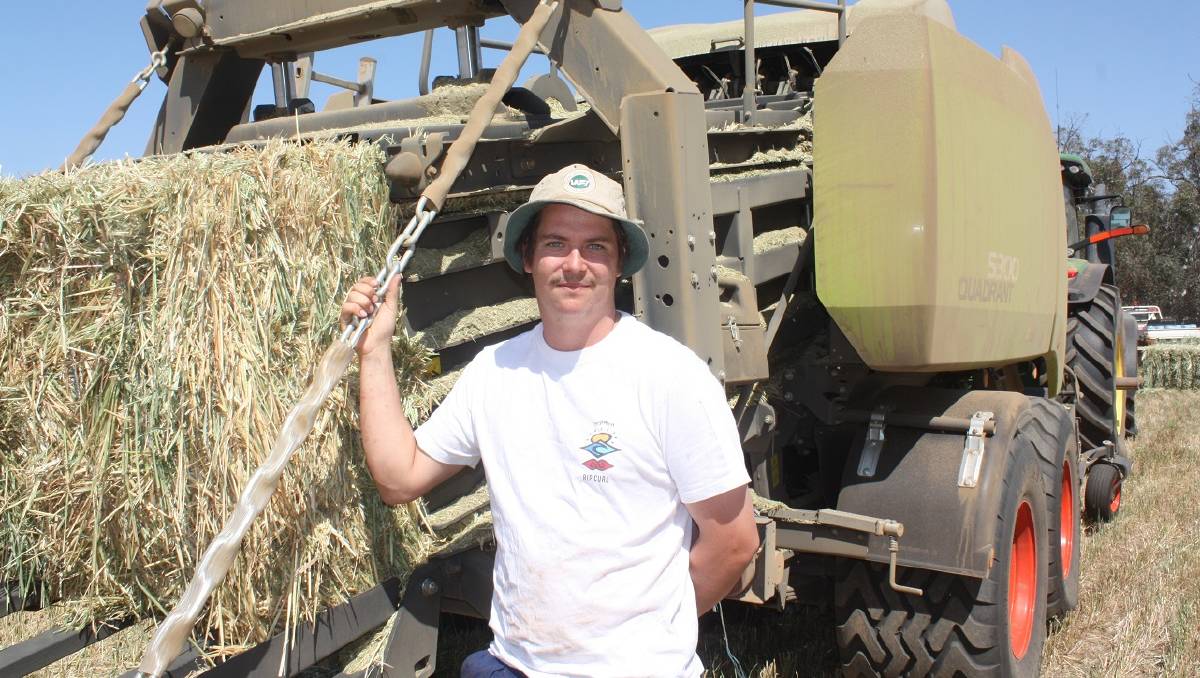 CLAAS has added a number of new equipment options to the QUADRANT models this year on a "business package", including an integrated bale weighing system, LED lighting package and a knotter monitoring system.

According to CLAAS Harvest Centre product specialist Blair McAlwee, the bale weighing function should appeal to all farmers and contractors.

"Weighing takes place during the baling process, so there's no delay in the baling operation," he said.

"Individual bale weights, accurate to plus or minus five kilograms even at speeds of up to 20km/h, are displayed on the ISOBUS control terminal in the cab as the bale crosses the ramp.

"Bale weights can then be saved according to the job or paddock for later processing or invoicing."

"It comprises 11 high-quality lights fitted to key components of the baler, including the drawbar, flywheel, feed rake and bale chamber," Mr McAlwee said.

"The knotter monitoring system on knotters one to six ensures immediate detection of tying errors.

"This lets the operator know if one side of the chamber is filling unevenly so they can adapt and get the best performance out of the machine," he said.

According to CLAAS, these models do a better job of conditioning plus you've got a working width of 10.7 metres.

A new Maxcut cutterbar features a wave-shaped bed, stamped from a single piece of steel, which provides a smoother operation, cleaner cut and easier maintenance.