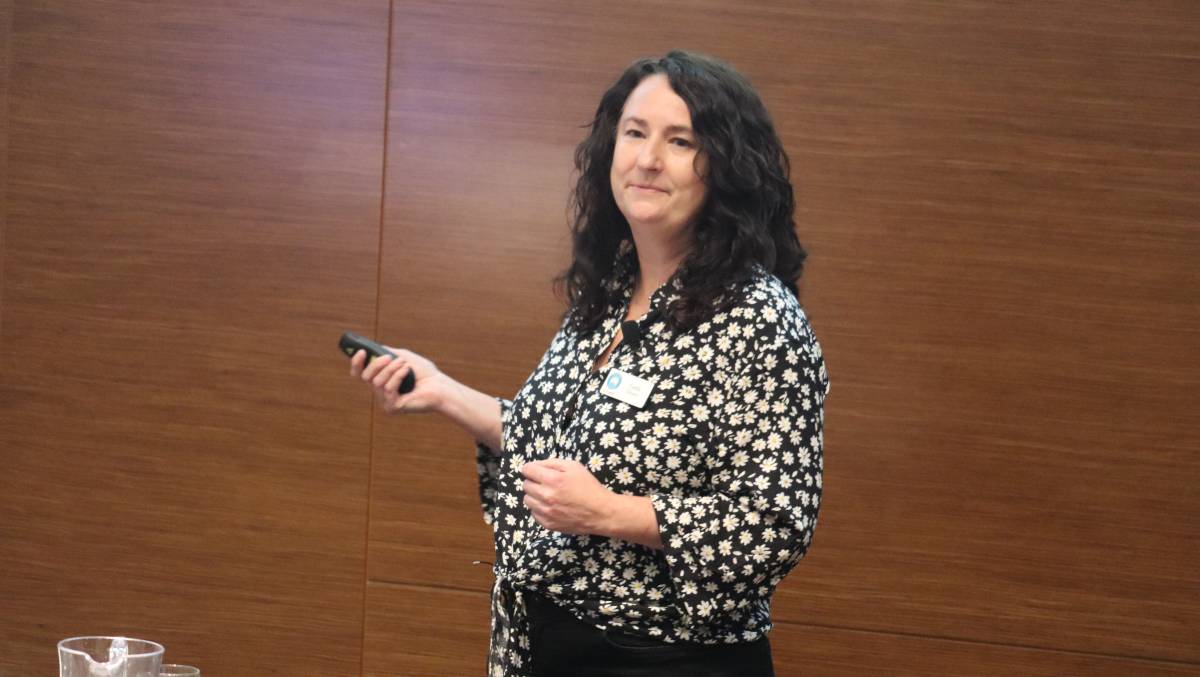 Water-use efficiency is rain to grain, or even more basically, rain to dollars

STRATEGIC, tactical and remedial options to increase the ability of soils to hold and capture water, reduce losses from evaporation and get early crop vigour are being investigated by researchers around Australia.

Among those is CSIRO senior experimental scientist Yvette Oliver, who spoke on the topic of water-use efficiency and productivity improvements in the farming system at The University of Western Australia's Institute of Agriculture Industry Forum 2020 on October 28.

Put simply, water-use efficiency is rain to grain, or even more basically, rain to dollars - it is measured as kilograms of grain per millilitre of water, which can be anything from stored water, growing season rainfall and a whole lot of losses.

Dr Oliver said summer rain was stored, plus there's growing season rainfall which would also hopefully be stored, both of those were transpired by the crop - but it's not always that simple.

"Sometimes the water runs off due to non-wetting soils or issues with the surface, there's a lot of evaporation due to heat, there's weeds in the system which are using moisture over summer and drainage going out," Dr Oliver said.

"In WA, we have a lot of problems with our soils and one of the things we look at is the soil's ability to store water that the crops can use, that's known as plant available water capacity or bucket size, the bigger the bucket the bigger yield you can get.

"But constraints we have in our soils - acidity, compaction, non-wetting etc - are causing us to not be able to store water in our soils."

When it comes to all of those issues, there is a lot of work going on in terms of potential solutions including liming, deep ripping, soil amelioration, mouldboard ploughing and gypsum.

There are yield increases which can be achieved by doing amelioration to remove compaction, plus while removing compaction, lime is also being added for acidity.

Research by Department of Primary Industries and Regional Development soil scientist Stephen Davies, released in 2017, looked into wheat yield increases achieved by ripping down to different depths with different machinery.

"It equalled about 0.2 tonne per hectare increases with shallow ripping, down deep was 0.5t/ha, while further amelioration led to a 1t/ha yield increase," Dr Oliver said.

"Modelling I conducted showed if the roots can only grow to 20 centimetres, there's only going to be 0.45t/ha of yield, but if that soil can be ripped down to 40cm, there will be a 1.1t/ha yield benefit.

Non-wetting soils are a big problem in WA as there are oils in the sands that build up and instead of forming a wetting front, the water goes down in pathways, meaning water is lost down the bottom and out sideways, rather than filling up the profile.

That causes patchy germination and not as much water in the soil, so the bucket isn't full and there is a lot of yield loss.

"According to trial data from Stephen Davies released in 2019, the type of yield increases from just row sowing management was about 0.3t/ha, some of the soil wetters were about 0.6t/ha benefit, while the mixing and ameliorating options showed up to a 0.8t/ha yield benefit," she said.

"While they are expensive options, within one or two years you're paying for that type of amelioration, so in terms of rain to dollar there is bang for your buck."

At the beginning of the season, when there is a lot of summer rainfall, there is also evaporation, weed water use and run-offs.

In an example from CSIRO's John Passioura, a comparison was made between bare soil and a mulch with stubble cover.

It was found that after about 30 days the water loss was about the same, but around the 10 to 20 day mark, there was more water in the soil by having stubble.

It showed that it becomes very important to maintain stubble when looking at early sowing and deep sowing management options.

"We ran some modelling with the Liebe Group to compare yield losses over a 10-year period and found if there was lots of weeds and no stubble there would be 0.5t/ha or more lost," Dr Oliver said.

"If there was good stubble, but out of control weeds, there was still a significant yield loss of at least 0.2/tha."

Other options to improve water-use efficiency include sowing opportunities, the type of crop and variety to get into the optimal sowing window and avoid heat and frost, sowing depth, crop density and canopy management, nitrogen management and in-crop disease and weed management.