It was a disappointing sale for the vendors, despite the quality offering 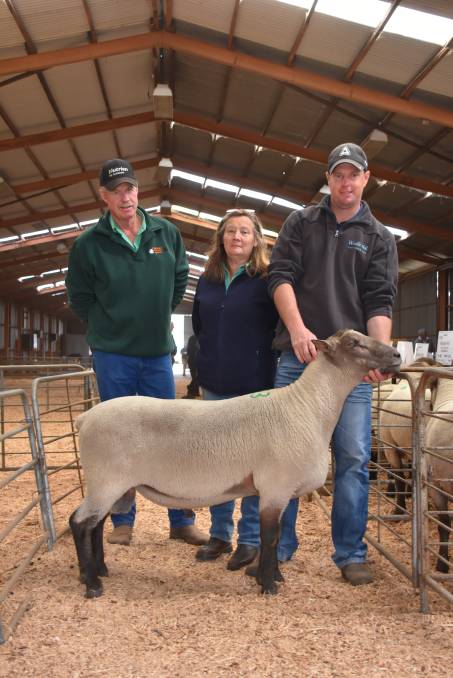 With ewe numbers down in the area, the sale lacked competition compared to previous years and as result the final clearance was disappointing for both vendors and agents.

Under the control of Nutrien Livestock, Mt Barker auctioneer Charlie Staite, the three vendors cleared 57 of the 92 rams offered under the hammer at an average of $772, which was back $97 on last year's result.

In comparison in last year's sale, five vendors offered 109 rams representing five breeds and sold 81 under the hammer at an average of $869.

Mr Staite said overall it was a disappointing sale result for the vendors but the result had nothing to do with the quality of rams on offer.

"The vendors penned a quality line-up of rams which presented very well and many people in the shed commented on the presentation," Mr Staite said.

"The rams on offer were a credit to the vendors so it was disappointing we couldn't sell more of the offering.

"At the end of the day however, unfortunately the competition throughout the sale wasn't strong as we lacked buyers due to reduced ewe numbers in the area for a number of reasons."

The South Suffolk rams were the second offered but it was in these pens that the sale's $1050 equal top-priced rams from the Beech family's Windle Hill stud, Mt Barker, were found.

After passing in the first two rams in the Windle Hill offering Mr Staite found some keen buying support for the next pen of two offered.

After some quick-fire bidding the two well-muscled, long rams, which weighed 108 and 106.5 kilograms, were knocked down to clients of five years Jeff and Viv Taylor, Mt Barker Transport, Mt Barker.

Ms Taylor said she selected the rams for their good, square hindquarters and length of body.

"We like the South Suffolk breed as they are a tough breed and work well for us in our operation," Ms Taylor said.

"If they get a setback, they cope and you still get a good lamb."

The Taylors join 3000 to 3500 Merino ewes to South Suffolk and Suffolk sires (50:50 split) and aim to turn their lambs off, which are dropped in early May, as suckers starting mid November.

Along with securing the two top-priced Windle Hill rams Ms Taylor purchased another two rams to finish with a team of four at an average of $888, the highest average of any buyer in the sale.

The only other buyer to secure Windle Hill rams was CM Stothard & Co, Mt Barker, which purchased two rams both at $700 each.

On the back of these two supporters the Windle Hill stud cleared six rams from its offering of 12 at an average of $825, which was up $89 on the stud's result last year where they offered and sold 11 rams at a $736 average.

The Poll Dorset line-up had the honour of leading the sale and Mr Staite found the going hard to find new homes for the 80 rams offered by the Noojee stud, Mt Barker and Rainbow Park stud, Napier.

In last year's sale the same two studs offered and sold 64 rams at an average of $893.

First in the Poll Dorset run were Greg and Julie Hambley, Noojee stud and it was the end of an era for the stud, which Mr Hambley purchased as an 18-year-old, 40 years ago.

This year's sale marked the last time the Hambleys will offer Poll Dorset rams after recently selling their property. 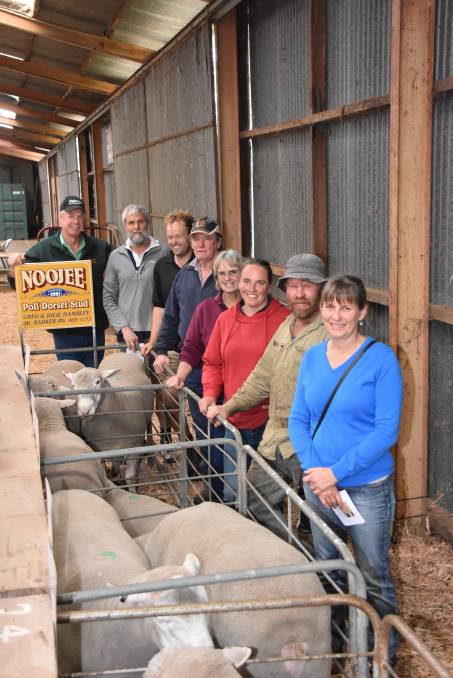 The two top-priced rams weighed in at 127kg and 119kg and both showed plenty of length and muscling in the pen.

Along with the top two rams Mr Wright purchased another four Noojee sires to finish with a ute load of six at an average of $833.

The other Noojee rams sold were shared between two other return Kendenup buyers, the Bunker family, Pardee Grazing and Gilbert Wines.

The Bunkers secured six to a top of $900 twice and average of $850, while Gilbert Wines averaged $733 across a team of six which topped at $750 on four occasions.

The Roberts family, Rainbow Park Poll Dorset stud, achieved the best clearance of the three studs in the sale when they sold 33 of the 40 ram they offered under the hammer for an average of $744, which was back $97 on last year.

In last year's sale the stud offered and sold 40 rams for an $841 average.

Leading the charge in the Rainbow Park run was a 121kg, muscley, stretchy sire when it was knocked down to Nutrien Livestock Breeding representative Roy Addis, who was carrying a buying order for return buyers Peter, Marlene and John Diprose, Yorklands Farms, Wellstead.

Mr Addis didn't stop here with his purchases for the Wellstead operation, he secured another seven rams from the Rainbow Park offering to finish with a team of eight averaging $775 to be the day's biggest buyer.

The next biggest buyers in the Rainbow Park run were Coompertup Farms, Albany, which secured six at an average of $717 while Tooraweenah Pastoral Co, South Stirling, which left a buying order with Nutrien Livestock Albany representative Mark Bradbury purchased six, all at $700.

Napier producer Tom Collins, TS Collins, who has been buying from the stud since its inception and likes the Rainbow Park rams for their size and length, wasn't afraid to bid up either and purchased three rams all at $850 to add to his sire battery which will be joined to 700 Merino ewes this year.

Other buyers in the Rainbow Park run were GD Collins, Napier, which averaged $750 across a team of four while GR & JD North, Wellstead, H & EJ Towes & Son, Manypeaks and CM Stothard all purchased two rams at averages of $750, $700 and $700 respectively.