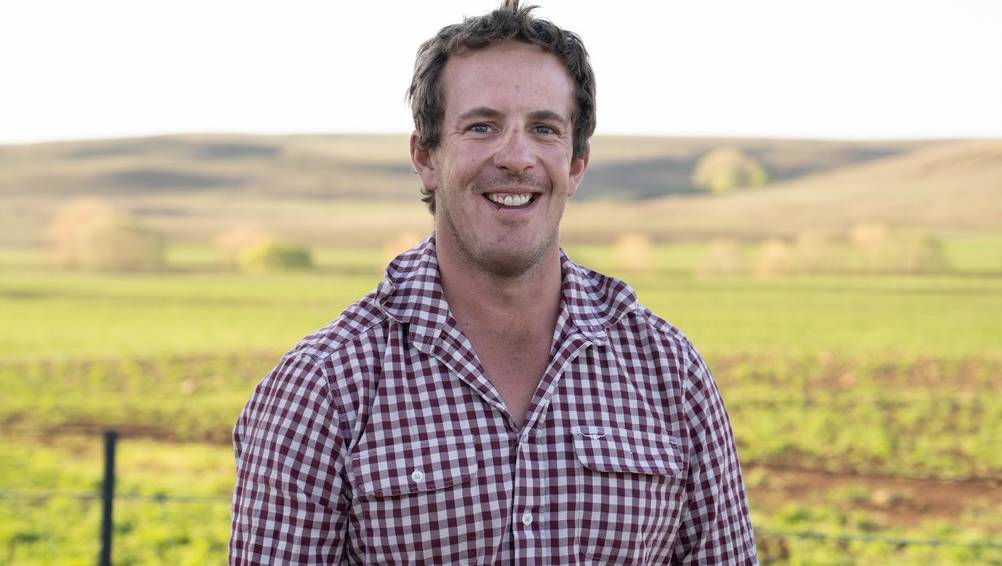 Nuffield Scholar Andrew Rolfe from Cooma said it's amazing what you can get out of a Merino sheep when they get the run they deserve. Photo: Nuffield Australia

As the sheepmeat market continues to strengthen, coupled with a steadying wool market, there is renewed interest in boosting productivity and profitability of sheep enterprises, ensuring the resilience of the industry continues.

And according to AWI supported NSW Nuffield Scholar Andrew Rolfe, containment feeding that was introduced during the recent prolonged drought period could now be a permanent fixture in Merino enterprises to both reduce costs and increase production at the same time.

He is also convinced there is opportunity to double the size of a Merino enterprises under intensification.

Situated in Cooma, in the Monaro region of NSW, Mr Rolfe and his family were one of the last pastoralists on the eastern seaboard to emerge from a three-year long drought.

Running a 6000 head self-replacing Merino flock, he said after steering the enterprise through the drought with more intensive management techniques he realised it was almost counterintuitive.

He said by adapting these principals when the season was good, or even average, would have a more profound effect on production.

"When we first entered the three-year long drought we had to work out what we had to do to try and manage it, but what we ended up doing was intensifying our operation," Mr Rolfe said.

He said they introduced containment feeding as well as increasing the management of stock to literally squeeze as much as they could out of the feed they had available, but also to minimise the cost of their supplementary feeding.

"Going forward, I thought what if we used those techniques and have that same approach to when we have a good season or an average season,"Mr Rolfe said.

"What could we achieve in terms of stocking rates, but also make us more resilient for the next drought by retaining surplus feed and possibly giving us the opportunity to trade other stock."

He said the perception of Merinos needs an update and when managed well, Merinos can thrive in a containment style environment.

"It's amazing what you can achieve with Merinos in relation to conception rates and wool growth when you give them the run they deserve," he said.

When the drought took it's hold, Mr Rolfe said they were adamant to retain their numbers, so they worked out a way that they could economically feed their sheep, but also physically get around them all.

They began by sacrificing paddocks; starting with those with degraded pastures and as they progressed they established the containment lot.

"It all came back to how much energy we needed to put into the sheep to maintain their condition score to bring them up to when we wanted to market them, or to make sure their production was as high as it possibly could be economically," Mr Rolfe said.

Not only did the containment environment increases the efficient use of energy in their system, they found that by physically feeding their stock everyday, they had that visual appraisal advantage.

"Being able to view stock and see them everyday meant we were able to hone into any issues that came up," Mr Rolfe said.

"That may be as simple as identifying those that were not doing as well.

"We were able to take them out of the containment lot and give them another spot to live, minimising wastage on the other side as well.

"We were better in touch with the production system with a better eye on the condition and disease risks."

On the flip side of the equation, with intensification comes increased labour, but Mr Rolfe said efficiency is the key.

"With the intensification you naturally become more efficient," he said.

"Having them in containment means you have them in one spot so your feeding takes half the time.

"In terms of intensification, essentially you should be able to run more stock to cover labour costs.

"The other way of looking at it is by doing that you are reducing your workload by putting to use smaller areas and possibly other land use if your country allows for it."

Mr Rolfe believes a commercial wool growing business could possibly double the size of their enterprises under intensification.

"The limit obviously comes on what people can afford to pay for feed, but with the rough numbers I have done from here there is definitely the potential to double production," he said.

"Not only doubling production, but perhaps making it more sustainable going into the future.

"By increasing your intensification you will most likely be able to increase your output of lambs in a reproduction sense.

"And there will also be reserves there when the bad times hit again."

The story Getting more out of Merinos first appeared on Farm Online.