Brady Walsh, 16, Bassendean, is a year 11 student at secondary college but already has his heart set on becoming a shearer. Here he throws a fleece on the wool table at Rylington Park's shearing, woolhandling and pressing school with woolhandling trainer Nola Edmonds watching.

The school closed due to COVID & received no government funding

WHILE COVID-19 has focussed attention on a spring shearer shortage and the State government attempts to redress it through regional shearing hub camps, it has almost been business as usual at Rylington Park, Mayanup.

Public attention on the four shearing hub camps - two at Northcliffe, one at Brookton and one near Bremer Bay - was boosted by visits from Regional Development, Agriculture and Food Minister Alannah MacTiernan.

But at Rylington Park accredited industry trainers trained potential shearers, woolhandlers and pressers at six schools - scheduled schools in March and April were cancelled because of COVID-19 restrictions - without ministerial visits or media coverage.

When a State budget promise of $500,000 in funding to improve shearing shed training facilities went to Muresk Institute near Northam, Rylington Park continued running schools in its six-stand shearing shed, built in the early 1990s, without any State government funding.

As in previous years, the schools at Rylington Park - which turn out 120-130 shearers, woolhandlers and pressers in a normal eight-school year - are funded entirely by Australian Wool Innovation (AWI) so there is no cost to the trainees or the State government.

AWI allocates about the same amount for the schools as the State government committed as its share of the cost of the regional shearing hub camps. 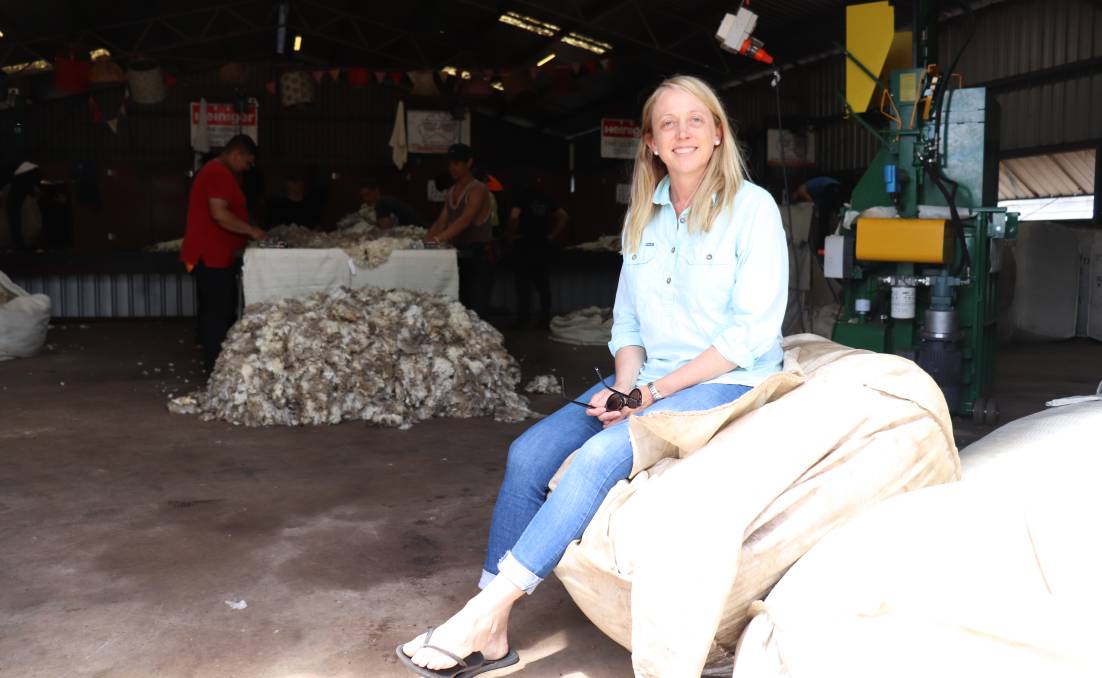 Erlanda Deas has been organising and catering for the Rylington Park shearing, woolhandling and pressing schools for 10 years.

AWI also contributed to the cost of the shearing hub camps, but when the two Rylington Park schools were cancelled because of COVID-19, it requested the funding be used for an advanced training school which was run in June.

Rylington Park also hosts an owner-classer wool classing training course for woolgrowers in January each year in association with TAFE.

Boyup Brook Shire council makes the Rylington Park facilities, its managers - for the past 10 years husband and wife Marc and Erlanda Deas - and some of Rylington Park's 2500 self-replacing Merino flock available for the schools.

This honours a 1985 agreement under which Royal Agricultural Society of WA hall-of-famer, the late Eric Farleigh, gifted his farm to the shire to be used for research and training in agriculture.

For almost 30 years, the shearing, woolhandling and pressing schools were run at Rylington Park by various training and industry organisations, including TAFE and AWI, under the auspices of a community committee which managed the property under a peppercorn lease from the shire. But that lease expired in March and the shire council has taken back direct control of Rylington Park, employed the Deas and maintained the relationship with AWI for the schools to continue.

Organisation of the five-day, live-in schools has for the past 10 years fallen to Ms Deas.

"Some of the people who come to our shearing and woolhandling schools are already working in the industry as rousies (roustabouts) or pressers or they can shear but need to improve technique to get their speed up," she said.

"Others have never been in a shearing shed before - we accommodate all levels in one school.

"We also get a lot of agricultural college students come through too.

"I really don't struggle to fill schools - it's mainly word of mouth.

"If I need replacements for some late booking cancellations I just put it up on Facebook (on Rylington Park's page and also Shearing Worldwide)."

When Farm Weekly visited the latest school, trainers Paul 'Pope' Hick, Mark Stanton and woolhandling teacher Nola Edmonds were training 14 students, ranging in age from 15 through to 40 and with skill levels from first-time-in-a-shed novices to hobby shearer.

Ms Edmonds is a partner with Michael-James Terry in MJ Shearing, Katanning and headed the woolhandling team at Kojonup when Louis Brown set the world record at 497 Merino ewes shorn in eight hours in April last year.

Two of the students attending the school, Romana Kwk, 25 and Toby Tainui, 26, worked for Ms Edmonds as pressers but said they wanted to become shearers.

"We (MJ Shearing) put quite a few of our people through the Rylington Park schools," Ms Edmonds said.

Another five young men at the school also worked for shearing contractors as roustabouts, pressers or trainee shearers and said they had been referred to the school by their bosses or had asked to attend to improve their skills.

For the middle two runs of the day, the trainers were joined by Heiniger WA territory manager Todd Wegner, a former competition and show shearer from Nungarin.

Oldest student and a former shearer now working in mining, Steve Payne, Bindoon, said he came along to keep company with his stepson Mitchell McKenna, 25, from Perth and a nephew Jakob Ritzmann, 24, from Geraldton - both novices exploring a new career option.

"I've enjoyed it (the school).

"They say you can't teach an old dog new tricks, but they're wrong on that - I've learned a few things here.