But in general Merino stud breeders were happy with their final results. 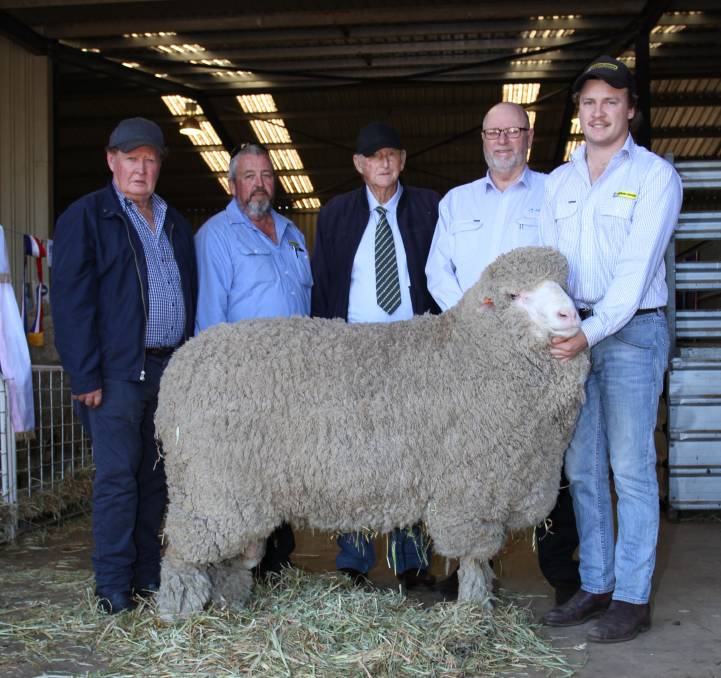 AFTER two years of strong sales Merino breeders had a tougher selling season this year with both the number of rams sold and the average back.

With the wool market at its lowest levels since 2012 and showing extreme volatility when sales got underway and a tough season, producers were not as confident in their bidding at Merino ram sales this year.

As a result of this conservative bidding all the important figures across the board - number of rams sold, average and gross were back compared to the past two seasons when the wool market has been strong.

Despite all the figures being back, in general Merino stud breeders were happy with their final results as they had prepared themselves for a tough selling season given the external factors which were affecting the industry.

And why wouldn't they have been happy as the season's overall average for Merino sales finished at $1549, which ranks as the third best ever.

While in the past two years it has been the wool market that has been the shining light and driving Merino ram sale results, this year it was its decline and volatility which played on producers' minds going into ram sales and no doubt influenced their buying decisions.

When sales got underway at the beginning of September, the wool market was at its lowest level since 2012.

At the end of 2019 producers had already started to see a decline in the market and then COVID-19 hit in 2020 causing major disruptions to the wool pipeline and in turn the demand for the raw product and prices dropped significantly in just a few months. 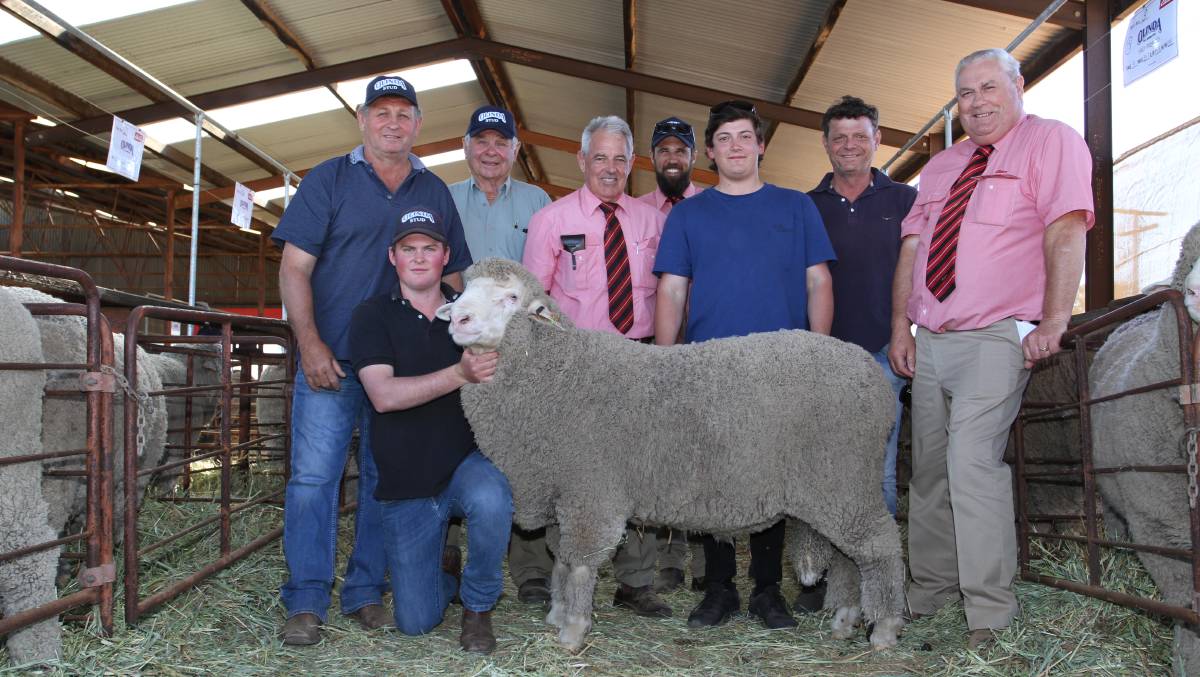 But throughout the ram selling season there have been some positive signs for the wool market which has given producers some confidence in regards to what the future holds.

While wool has been back, the returns producers have been seeing for not just mutton and lamb but also breeding ewes have been strong.

Prices at spring ewe sales this year again continued to strengthen on the back of strong Eastern States' demand with prices peaking at $258 in the Nutrien Livestock Merredin, Corrigin and Wickepin ewe sale for a line of 1.5-year-old ewes

But this wasn't the only sale where ewes sold for more than $220 - all the sales saw top prices of more than $230 and the ewe offerings in sales held so far this season have averaged more than $180 and with most pushing beyond $200. 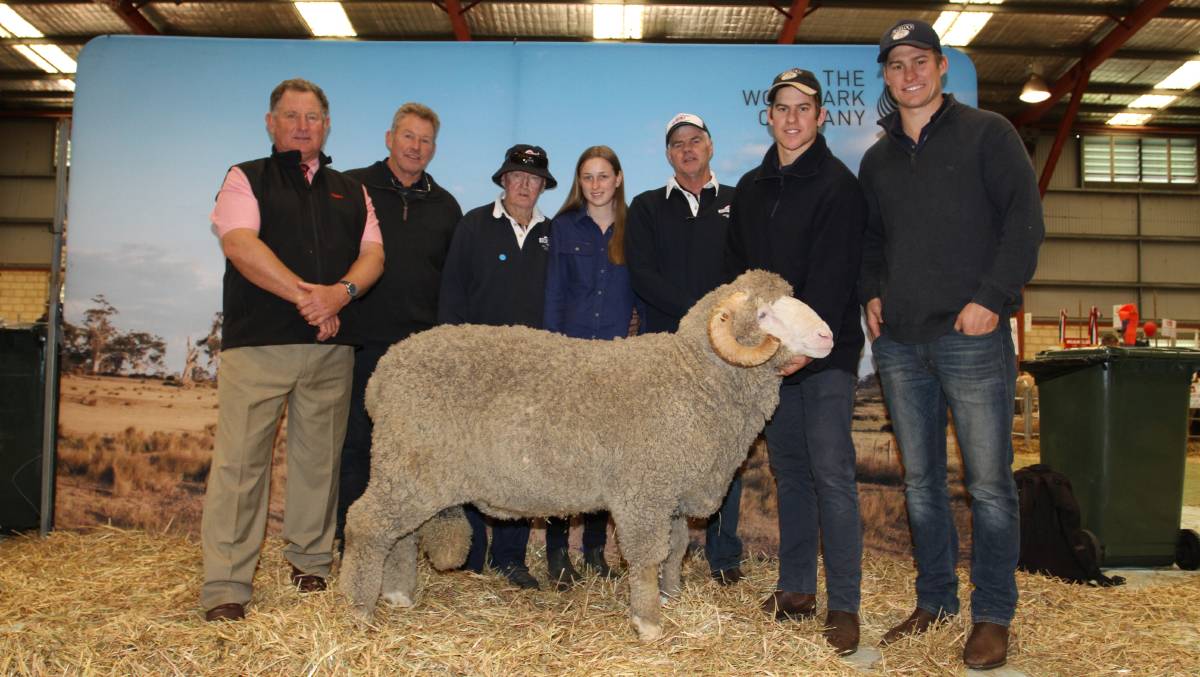 Throughout the autumn period many producers took the opportunity to capitalise on the strong Eastern States' demand and offload young sheep when feed and water supplies were tight through sales on AuctionsPlus and this included one line of Wheatbelt ewe lambs selling at $321 to set a State record price for commercial ewe lambs.

So despite the wool market being back significantly, when you combine both the wool and sheepmeat returns together there are still good dollars to be made from Merinos, which is why buyers showed they were still happy to bid up on the rams they really wanted to keep their genetic programs ticking along and this helped hold prices.

The only difference this year was they didn't buy as many either on the back of running less ewes or changing a mob over to lamb production.

During Merino and Poll Merino sales this year a total of 9214 rams were offered at 72 sales, broken into 62 single vendor sales and 10 multi-vendor sales and 8104 of these rams sold under the hammer.

Like the gross figure and the yarding figures there was also a fall in the overall average for Merino sales.

Looking back over the results since 1996, the Merino has lost market share with the introduction of numerous other breeds to the industry but it still remains the most dominant breed.

The market share for Merinos for the number of rams sold this year was 60pc, which was down one point on 2019, while in terms of the gross figure the Merino breed held 63pc of the market.

The more than $12m gross figure achieved by the breed this year, ranks as the fifth largest ever recorded with only the past three years and the 2003 season being larger.

The largest gross figure on record was achieved in 2018, when sales broke the $16 million barrier and recorded a gross of $16,902,020, to set a new benchmark for the breed.

Despite the season not being as strong across the board as the past two, the top end of the market was still strong with buyers prepared to pay top dollar for top rams and as a result 19 rams sold for $10,000 or more, which was up two on last year.

The top price was $33,000, when the Gooding and Robinson families' East Mundalla stud, Tarin Rock, sold a two-tooth, Poll Merino sire, for this value at the WA Sheep Expo & Ram Sale at Katanning in August.

The March shorn youngster was purchased by Phil and Robyn Jones, Belka Valley stud, Bruce Rock, as the buyers who will take possession of the ram with semen shares going to the Mullan family's Eastville Park stud, Wickepin and the Greenfields stud, Hallett, South Australia.

The next best price was $21,000 achieved by the Lewis family's Lewisdale stud, Wickepin, when it sold a semen share for this value in a four-tooth Poll Merino at its on-property sale.

The ram, which was by Seymour Park 68 and was sashed the champion medium wool Poll Merino ram at this year's Make Smoking History Wagin Woolorama, measured 19.8 micron and 99.6pc CF in the wool.

The third top price was $16,500 and this was recorded by the Eaton family's Olinda stud, Wyalkatchem, in its annual sale.

The fourth highest price was $16,000 for a semen share in a four-tooth Poll Merino sold at the Lewisdale on-property ram sale.

The top price for a Merino ram and fifth top price overall was $13,000 paid for a two-tooth ram from the House family's Barloo stud at the WA Sheep Expo & Ram Sale when it sold to the Kolindale stud, Dudinin.

Of the 19 rams to sell for $10,000 or more, 13 were Polls, while nine of the 13 sold to WA and Eastern States studs, with the remaining six going to commercial producers.

Along with the strong sale prices, there were also a number of high priced private sales during the year and the biggest of these was $30,000 for a proven Poll Merino sire, sold by the Anderson stud to the Mumblebone stud, Wuuluman, New South Wales, prior to its on-property sale.

In addition to this private sale there were another two private sales which cracked the $10,000 mark.

At the Narrogin Long Wool Day the Kamballie stud sold two two-tooth Poll Merinos for $18,000 and $15,000 to the Mianelup stud, Gnowangerup and the East Mundalla stud respectively.

Like the number of rams sold this year, the average and gross figures for single vendor sales fell in 2020.

In the single vendor offerings Anderson Rams took the honour of recording the best average when it achieved an average of $2437, over 147 rams sold from 150 offered.

Fourteen single vendor sales (or 23pc) saw a lift in average and these rises ranged between $46 and $603.

Recording the largest jump in average was Seymour Park, which recorded the $603 increase.

A total clearance is a hard task and this year six sales ticked this box.

The Ledwith family with its Kolindale, Lewisdale-Corrigin and Eastville studs, again presented the largest offering of rams to buyers, cataloguing a whopping 621 rams and selling 574 at three different sales.

It offered 317 and sold 311 at its on-property Kolindale sale, while at its Kolindale Esperance sale it sold 79 from 90 offered and at its Lewisale-Corrigin and Eastville on-property sale it cleared 184 head from an offering of 214.

Despite these large offerings, the Ledwiths didn't have the biggest offering this year in a single sale - that title went to the House family which offered 349 head and sold 293 of them at their combined Barloo and Willemenup on-property sale at Gnowangerup.

This season there were 1093 rams offered under the hammer at 10 multi-vendor ram sales, which was back 485 head and of these 871 sold, back 520 head on last season.

The numbers in these sales were back significantly as a result of a couple of multi-vendor sales not happening due to stud's holding on-property sales for the first time.

There were three sales where the same number or more rams were offered this year compared to 2019, but in most cases the numbers offered were back due to vendors lowering numbers on the back of the tough season and reduced ewe numbers in some areas.

When it came to rams sold there was only one sale compared to last year where there was more rams sold and that was at the WA Sheep Expo & Ram Sale.

The overall average for multi-vendor sales was $1281, which is the lowest average recorded in the past five years.

It was no surprise the highest multi-vendor sale average was chalked up at the WA Sheep Expo & Sale when it realised $9800 over 14 the rams sold from the 20 offered, which included both four-tooth and two-tooth rams.

The next highest average after the WA Sheep Expo & Ram Sale was $1503 at the Chapman Valley Breeders' sale where the Wynarling stud offered and sold 38 rams.

This was followed by $1358 at the Williams Breeders' sale, where four studs cleared 160 from 215 rams offered.

Another six studs averaged between $1000 and $1300 at these two-tooth multi-vendor sales.

Three of the 10 multi-vendor sales posted an increase in average compared to 2019 and these rises ranged from $100 to the biggest increase of $568 recorded at the WA Sheep Expo & Ram Sale.

It's a hard task to achieve a total clearance and this year only one sale did - Chapman Valley, while there were two sales, which achieved a 90pc or better clearance - Northampton (93) and Wongan Hills (90).

Sheep Expo & Ram Sale) this year and only three of them achieved a total clearance.

Those to achieve a total clearance were Walkindyer (75) at Northampton; Wynarling (35) at Chapman Valley and Westwood (30) at Esperance.

The largest yarding of rams at a multi-vendor fixture was at the Williams Breeders' ram sale where 215 rams were offered and 160 sold.