Patchy storm rain is adding to harvest stress across parts of Western Australia as growers work around the clock to get crops off and those challenges can be exacerbated if harvesting high moisture grain. 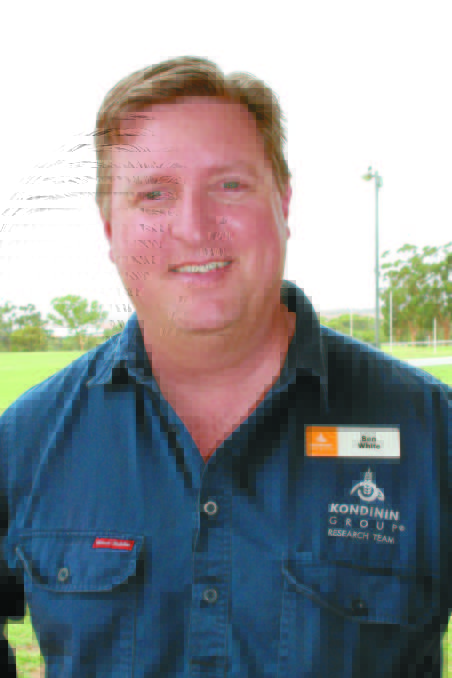 PATCHY storm rain is adding to harvest stress across parts of Western Australia as growers work around the clock to get crops off and those challenges can be exacerbated if harvesting high moisture grain.

"Grain respires like most living organisms, which means it takes in oxygen to use with carbohydrates, which in turn generates carbon dioxide, water and heat," Mr White said.

"When grain has a high moisture content and is warm, the rate of respiration increases significantly, causing it to heat.

"High moisture grain in storage can increase in temperature rapidly without aeration and this can result in serious grain damage or 'bin burn' and creates ideal conditions for moulds and insect pests."

In situations where growers need to harvest early and temporarily store high moisture grain, it is critical they have aeration cooling, as well as clear plans to dry grain or blend grain within three to five weeks.

"In most cases, grain can be safely held for a few weeks at 14 to 16 per cent moisture content with the temporary measure of having small aeration cooling fans running continuously, delivering airflows of at least two to four litres per second per tonne (2-4L/s/t)," Mr White said.

"Options for managing high moisture grain depends on the equipment available, but it is important to understand it is very difficult to reliably reduce moisture content using standard small aeration cooling fans (output 2-4 L/s/t) designed for cooling grain, not drying."

To keep grain cool, aeration fans should be run continuously as soon as the first truck load of moist grain goes into a silo or shed and ideally, a silo with aeration ducting that provides effective air distribution through wet grain should be used.

Silos with a wide base may require at least two fans opposite each other and the silo roof vents or the top silo lid needs to be open enough to ensure airflow is not restricted.

Mr White said growers should consider only filling two-thirds of the silo to reduce the grain depth and effectively increase air flow.

"Do twice daily checks on grain temperature, check silo fan operation and smell the grain at the top of the silo.

"If available, use an automatic aeration controller set on 'auto continuous', this automatically turns the fan off for a short time when air exceeds 85pc relative humidity.

"If manually operating fans, growers should monitor the ambient temperature and relative humidity on-farm and if the weather is wet and humidity is consistently above 85pc, they should turn off fans for short periods of two to four hours."

Growers need to regularly check grain temperature with the aim of keeping it below 25 degrees Celsius, remembering it is the average relative humidity of the air they are using while fans are running that is important.

Short run periods for one to two hours of high humidity air during a rainstorm should not cause problems, provided this is promptly followed by lower average relative humidity air.

"Turning grain could be considered - after two to four days of having wet grain in the silo, auger the grain into a truck, then back into a silo," Mr White said.

"Moving grain around and turning it over helps to break up hotspots that can develop in a silo, this may be helpful if the aeration air distribution system/ducting is limited."