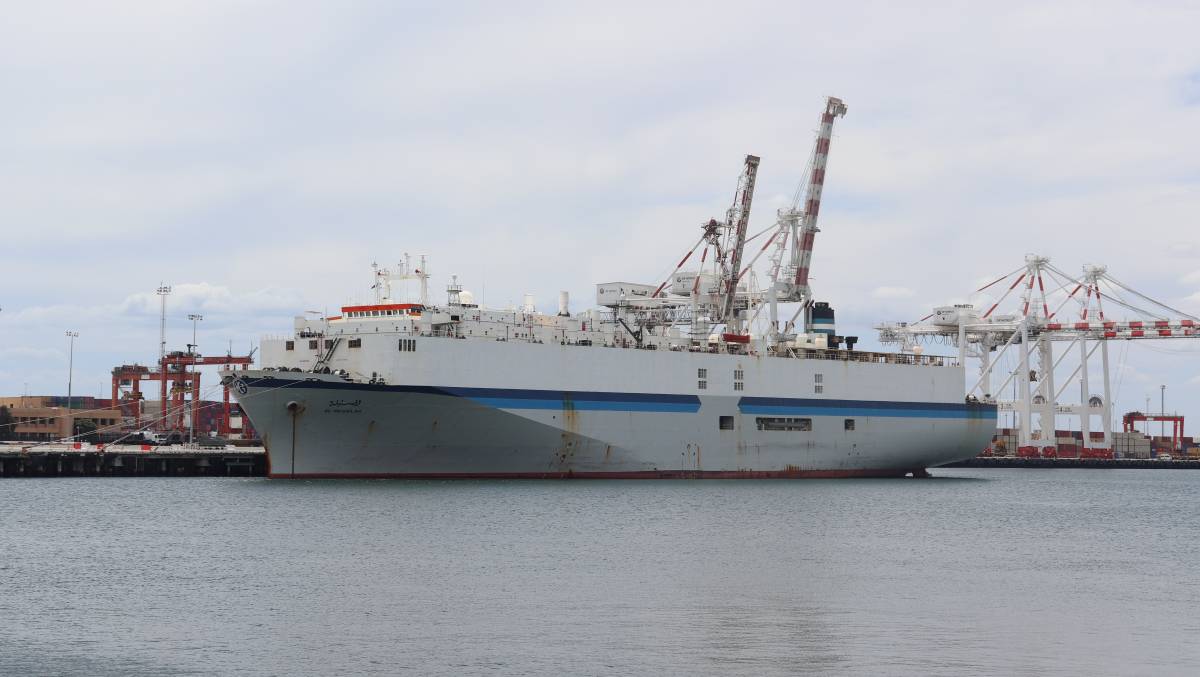 The Al Messilah docked at Fremantle Port prior to its departure on November 9.

FOR the first time in many years no sheep were exported from Australia via sea for the month of October (excluding when the trade was in doubt in 2018).

That was due to many of the Al Messilah's crew testing positive to COVID-19, delaying the vessel's departure from Fremantle by about three weeks until November 9.

Only 1371 head of sheep were exported live from Western Australia during the month and they were sent to Malaysia by air for slaughter.

Malaysia was the biggest market taking slaughter sheep only, while the Philippines, China and Indonesia took breeding stock.

In October 2019 only one vessel left Fremantle, and that carried 39,733 sheep for slaughter to Jordan.

According to the Department of Primary Industries and Regional Development the WA sheep industry makes up 97 per cent of the live sheep trade - as of 2019.

That's up from 86pc in 2017 before the trade went through tumultuous waters and the July-September moratorium was put in place by the industry in 2019 and then cemented by the Independent Regulator of live exports.

That figure is expected to be much less this year because only 616,843 sheep have been exported by sea to the end of October, the lowest number on record for many years.

With less than eight weeks left in the year the likelihood of 400,000 sheep being exported is slim - especially with a record 1.5m head of lambs and adult sheep that have been transferred to the Eastern States since January 1 and the largest importer, Kuwait Livestock Transport and Trading, having chartered its Al Kuwait livestock vessel for cattle shipments from Townsville for the next few weeks.

Due to the increased compliance on live sheep vessels and the unviable nature of the added costs, there are also fewer players operating in the trade on a regular basis.