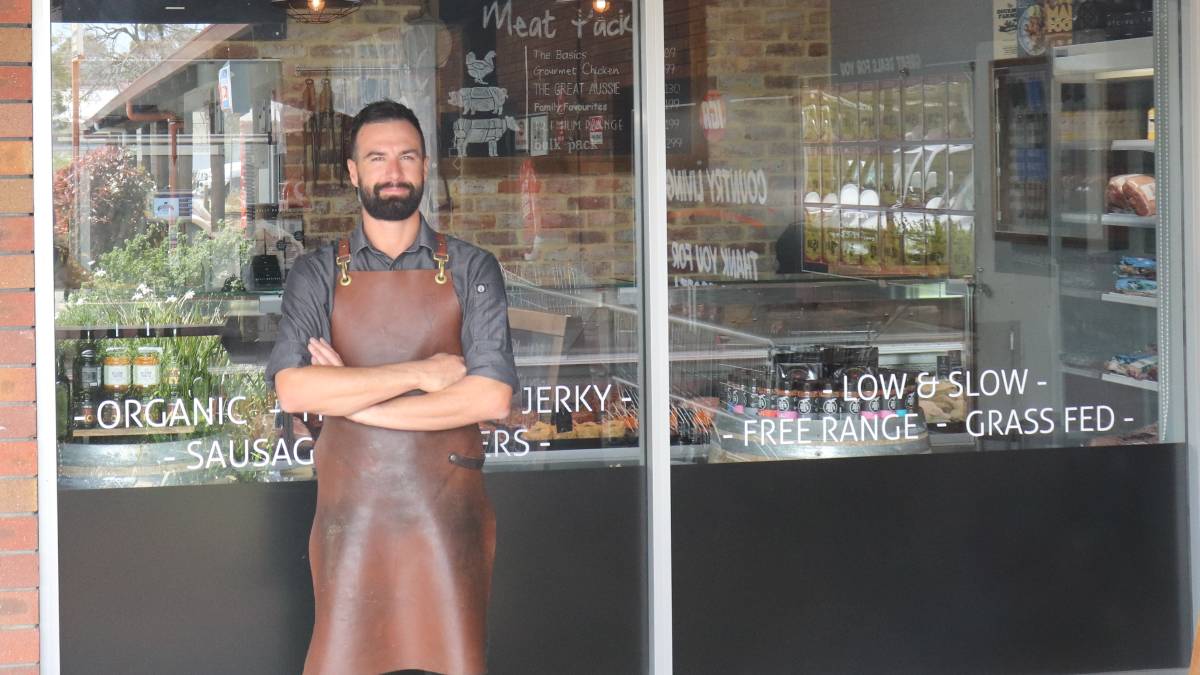 Nathan Robb at the Bully Butcher store in Bullsbrook.He bought the shop in 2014 and expanded his business to Kingsley in 2019.

BULLY Butcher Traditional Meat Merchants, owned by Nathan Robb, is on the rise: with a second store opening last year and a steady and growing stream of loyal customers - won over by its old-fashioned service and during the COVID lockdowns - prepared to pay up for its quality sausages, tomahawk steaks and high grade Wagyu.

Mr Robb bought the Bullsbrook shop, which was formerly known as Bullsbrook Meat Gourmet, in 2014 and has continued the traditional butcher shop experience which goes back to the store's opening in 1971.

It changed its name after locals began calling it 'Bully' Butcher and eventually it caught on.

Mr Robb followed in his father Brad's footsteps, entering the industry at an early age and starting his apprenticeship as a 16-year-old.

"I kind of fell into it, I worked in dad's shop growing up and spent school holidays in the shop, so it was what I knew," Mr Robb said.

With this qualification and a love for the trade, he decided to go into his own venture, opening and working in a different shop to his dad, who owns Robb's Craft Butcher, in High Wycombe.

With a lot of interest from customers from outer areas of Bullsbrook, the second-generation butcher decided to open a second store in Kingsley.

"We were getting a lot of people who were travelling long distances to come here, so we thought having a metro-based store would really work for us," he said.

Having only opened the store 12 months ago, so far it has been a success with plenty of customers taking advantage of the new and convenient location.

"We've been getting good business at the Kingsley shop, that's for sure, it has been quite popular," he said. A recent addition to their offering is the full blood 9+ marble score Futari Wagyu sourced from Albany.

Social media has been an essential tool in helping establish and promote the business, with regular posts populating both Facebook and Instagram.

"It has helped us to get our name out there and gather a following," Mr Robb said.

When it comes to running the two shops, he splits his time between the two.

As for market competition, Mr Robb believes there's plenty of room in the industry for everyone.

"There is a reasonable amount of competition but we don't try to compete with the supermarkets because we are offering different things, the supermarkets generally cater for the budget shoppers, while we offer a more high-end, quality product," he said.

A point of difference for Bully Butcher is the Wagyu beef that it stocks.

In the past six months, the business has started selling fullblood 9+ marble score Futari Wagyu sourced from Albany.

It has proved to be popular. Having a good customer relationship is important for Bully Butcher so it always make the effort to get to know its customers.

"Fullblood means it's not a crossbred - it's purebred Wagyu genetics," Mr Robb said.

"We only stock 9+ marbling score, if you put a camera over it it's actually score 12, but 9 is the highest score in WA.

"It blows my mind seeing people come in and spend up to $200 on one piece of steak, but it has been very popular."

With the market driving up prices, Mr Robb expected the business to slow down.

"Every time I put the price up I think that it's going to slow down business but it hasn't because people are willing to pay for the quality," he said.

There are plenty of options at the Bully Butcher shops but the sausages and steaks are the most popular meat products.

"We dry-age everything ourselves and do our own beef," he said.

When it comes to selecting a personal favourite cut of beef, he said he couldn't go past short ribs which should be cooked for a minimum of eight hours.

"It took me a long time to learn how to cook it but I love it and it's the first thing I'd buy," he said.

When sourcing meat everything sold in the stores is Western Australian produced, with lamb being sourced from southern parts of WA, as well as from a local Chittering farmer.

"We have been selling their beef for about six years now," Mr Robb said.

In addition to running his two butcher stores, Mr Robb runs a small herd of 22 Murray Grey-Square Meater cross breeding cattle on a property in the Swan Valley.

"I do breed them and the offspring are sent to an abattoir and stocked in our shops, but it is more of a hobby."

"We have crumbed meats and pastries, but I've noticed people turning back to basics a lot more," Mr Robb said.

Fridays and Saturdays are the busiest days, with major public holidays also drawing a lot of business.

"Christmas is big - we put our Christmas menu out at the start of October and people have already started putting in their orders," he said.

"It's early but if we are not organised then it's hard to keep up.

"We get sea containers at the back doors at both shops to fill the stock,"

The COVID-19 pandemic meant there was a spike in demand for meat, which saw lines of customers out the door of the shop.

"That went on for roughly four weeks," Mr Robb said.

The pandemic meant people had to source their meat from wherever they could and he has retained customers as a result.

"I kept expecting it to back off but it hasn't really,'' he said.

"You do feel a bit guilty saying it because there are people struggling."

Having a good customer relationship is important for Bully Butcher and Mr Robb said his team of 14 staff across the two stores always made the effort to get to know the customers.

"Even though we are quite busy we still try to give that personal touch," he said.

"My staff are really good too - they all have great personalities and make sure everyone gets looked after."