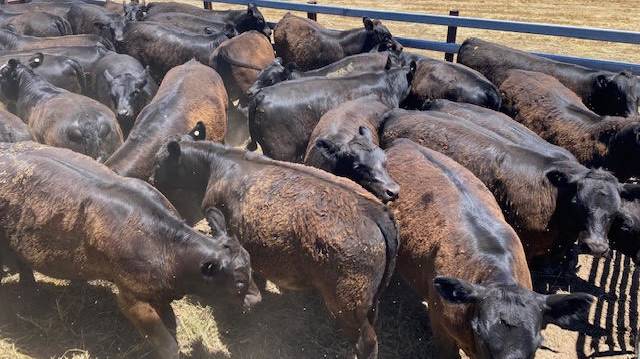 Bridgetown-based operation Dwalganup Grazing Co will be one of the largest vendors in the sale with an offering of 125 Angus steers based on Coonamble bloodlines.

"We will have a good run of beef cattle on offer this sale."

BUYERS in the hunt for store cattle and quality weaners should look no further than next week's Nutrien Livestock Boyanup store sale as the Boyanup saleyards will be full to capacity with quality lines.

In the sale on Friday, December 4, which will commence at the later time of 1.30pm, buyers will be spoilt for choice with the Nutrien Livestock South West team putting together a yarding which will hit the 2000 head mark.

The sale will kick off with a large run of beef steers and heifers in a change from normal proceedings and they will be followed by a good run of Friesian steers.

"We will have a good run of beef cattle on offer this sale," Mr Mosca said.

"The majority of these pens will be filled with calves ranging in age from eight to 10 months, with many lines being vendors' first drafts for the season. 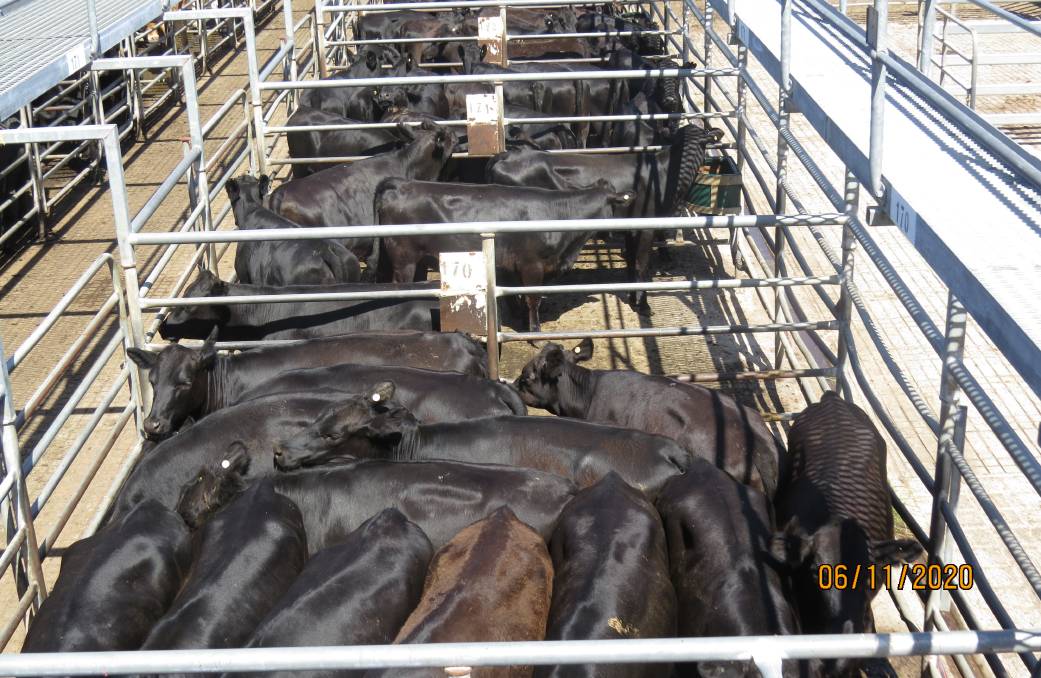 There will be plenty of beef steers and heifers in this month's Nutrien Livestock Boyanup store sale on Friday, December 4 and in a change to proceedings they will lead the sale.

"When it comes to the Friesian steers they will again see a good offering from our local, regular vendors from poddy types right through to 24 months old," Mr Mosca said.

In a change of penning, the beef steer and heifer run will feature at the start of the sale and the line-up will certainly not disappoint.

The majority of the pens in the run will be filled with British breed lines of mainly Angus and Murray Grey calves.

One of the standout lines in the sale will be a quality draft of Angus calves from the Pemberton paddocks of RH Omodei & Son, their first for the season.

The Pemberton operation, which will be the largest vendor in the beef lanes, has nominated 80 steers and 60 heifers.

The 9-10-month-old calves are based on Diamond Tree/Gandy bloodlines. 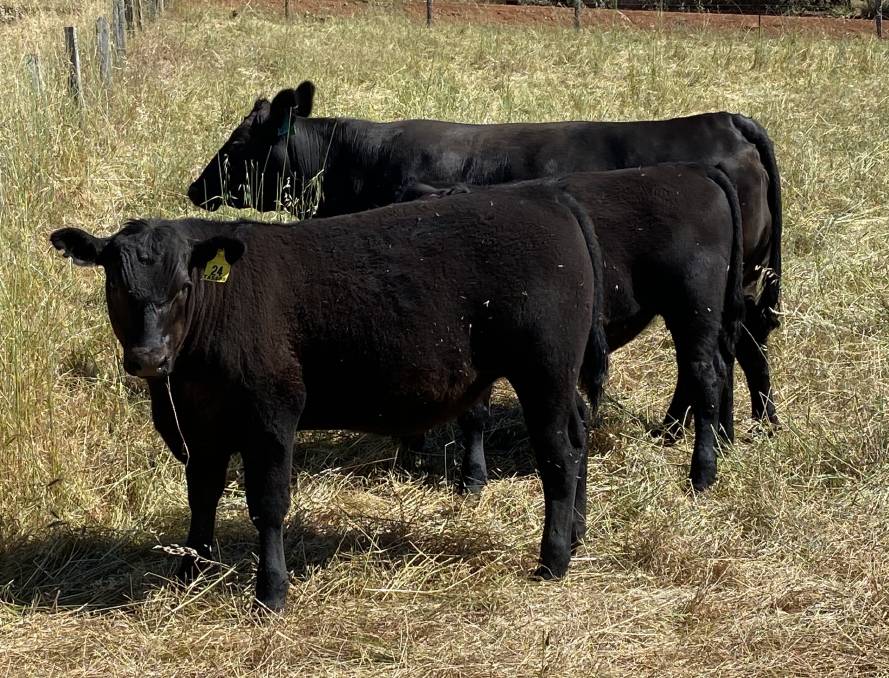 G Tassos & Co, Bridgetown, will offer 80 Angus cross steers in the sale sired by Mordallup Angus bulls and out of Angus and Murray Grey cross cows.

"The heifers in the offering have the potential to be future breeders," Mr Embry said.

The steers will weigh from 340-390kg and will make ideal feeder cattle, while the heifers will be heavier at 360-420kg.

The line has had all the usual vaccinations plus Vitamin B12 and Selenium twice.

The next largest vendor in the run will be Dwalganup Grazing Co, Bridgetown, which will truck in 125 Angus steers.

The 8-10mo steers are sired by Coonamble Angus bulls and are expected to weigh from 300-350kg.

Nutrien Livestock, Boyup Brook agent Jamie Abbs said the steers would be excellent for the feedlot, grazing or backgrounding. 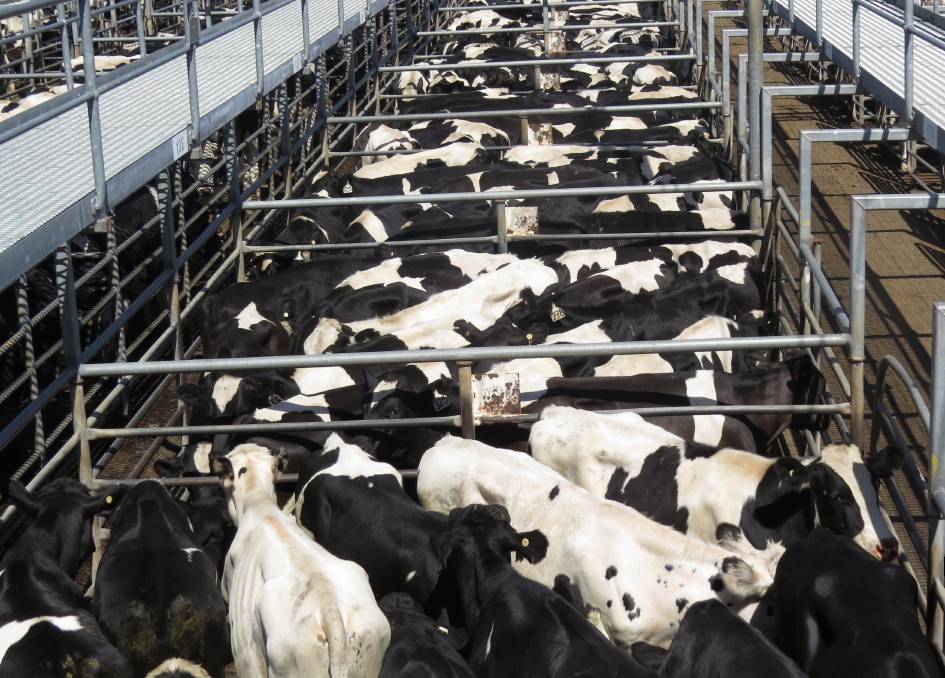 There will be a good run of Friesian steers in the sale ranging in age from four to 24 months.

Bridgetown-based operation G Tassos & Co will also be among the larger vendors with an offering of 80 Angus cross steers.

The March/April-drop calves are sired by Mordallup Angus bulls and out of Angus and Murray Grey cross cows.

The 9-10mo steers are expected to weigh from 320-350kg, making them ideal for feeders or backgrounders.

Fellow Bridgetown operation Mogale Pty Ltd will also have numbers in the sale when it trucks in its first draft for the year.

The operation has nominated 80 Angus steers, which are 8-10mo and based on Coonamble bloodlines.

The line will weigh from 300-350kg and will be ideal for grass or grain feeding or backgrounding.

Other bigger drafts of 8-10mo Angus calves will be offered by CP Barber & Son, Linfarne, 53 steers and 29 heifers and Clive Atwell & Co, Mundijong, with 55 steers and 25 heifers.

There will be a few big lines of calves which won't be black but grey and this will include 80 Charolais-Murray Grey cross calves (40 steers and 40 heifers) from Buckingham Beef, Collie.

The 8mo calves, which are expected to weigh 300-360kg, are sired by Charolais bulls and out of Murray Grey cows.

"They would be ideal for the feedlot or graziers," Mr Pollock said.

Also from Collie will be 80 Murray Grey calves (40 steers and 40 heifers) from DI Graham.

The 8mo calves have an excellent temperament and come from proven bloodlines.

Mr Pollock said they would weigh from 250-350kg and were ready to background.

Rounding out these bigger lines will be Naturaliste Grazing Co, Dunsborough, with 70 Murray Grey cross calves.

The operation has nominated 35 steers and 35 heifers aged 8-9mo.

Next up will be the Friesian and first-cross steer offering and there will be a quality run of steers ranging in age from 4mo poddies through to two-year-old steers.

The largest vendor in the run will be Stickney & Son, Yarloop, with 75 Friesian steers aged 12-14mo.

Nutrien Livestock, Brunswick and Harvey agent Errol Gardiner said the steers, which weigh on average about 300-320 kilograms, were purchased at the start of winter and have been grown out in the Yarloop hills and are being sold before summer.

In this same age range, regular sale vendors TD & JD Norton, Benger, will be another of the bigger vendors with an offering of 45 owner-bred Friesian steers.

The 10-12mo steers were bred and reared as part of the Nortons dairy operation in which they milk 400 to 500 cows.

Gelorup operation Kelly-Brae will also be one of the bigger vendors, trucking in 50 black and white steers aged 8-10mo.

Other larger vendors in the Friesian steer line-up will include Daryl Hentworth, Bridgetown,

The Bridgetown operation has nominated 40 steers aged 14-16mo, while the Margaret River-based operation will present 39 head and Royendyks will offer 35 head, with the later two lines both aged 16mo.

In the slightly older and heavier line Bos Taurus Pty Ltd will present 30 steers as part of its annual turn-off.

The 16-18mo steers were purchased-in 12 months ago and come sale day will weigh around the 400kg mark.

But it won't be just black and white Friesian steers on offer, as the yarding will also feature a line of red factor steers from G & PA Angi, Yarloop.

The 20 owner-bred red and white steers are from the Angi family's dairy operation in which they milk 400 cows.

The line of steers is expected to average about 300-320kg.