Shepparton 'souped up' for Asia

An $8 million, three-year upgrade at Arnott's Group's Campbell's Soup plant in northern Victoria will enable a 30 per cent increase in production to service growing export opportunities.

The Shepparton site will boost the production of Campbell's stocks and soups by 16.5m kilograms each year and exports by 400pc.

The first stage of the upgrade came online this week, with the extra production output destined for Malaysia, replacing product previously made in the US.

Although canned-soup consumption in Australia has flatlined, and even fallen in some categories, Asian demand has been growing, with new markets in Singapore, the Philippines and Thailand to be supplied from the plant.

It already exports to Hong Kong and Japan.

By June almost $4m in new machinery will be installed to enable the site to produce larger soup can sizes up to 1.4 kilograms, followed by a further $3.9m outlay on new equipment for non-canned products such as stocks.

"We plan to be a regional powerhouse of food brands based in Australia, and Shepparton brings us closer to that goal." 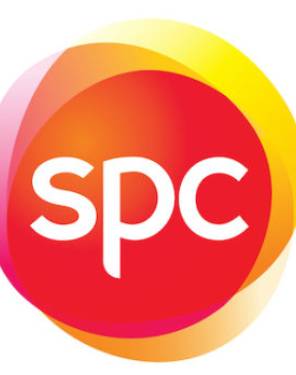 It has retained its branding initials but adopted a stylised "dynamic sun" image for its corporate logo to represent the company's fresh, global vision.

Chairman Hussein Rifai said while retaining a strong link with nature, the new SPC look symbolised "the hope for a better tomorrow".

Product packaging and branding will be updated in the new year.

United Malt Group's first annual general meeting as an independent company has been scheduled for February 18, but with its managing director stuck in the US it will be an online event only.

Mark Palmquist has been based in Vancouver, Washington, state since United Malt split from its parent GrainCorp in March, although the coronavirus pandemic has restricted his work from his home office rather than the company's global headquarters for all but a few days since starting the job.

Shareholders have been warned no physical copy of a notice of meeting will be issued for the AGM , in line with temporary COVID-19 changes to the Corporations Act during the pandemic.

United will pay a 3.9 cents a share dividend on December 30 via a direct credit to shareholders bank accounts registered before December 14.

Australia's first full scale plant-based meat factory is officially up and running in northern Sydney, producing the MEET brand, among other lines.

The company's origins date back to a plant-based meat joint venture with CSIRO 15 years ago which was backed by the Dunn family's Vogel Cereals company.

After abruptly ending its annual general meeting just after it started two weeks ago, Beston Global Food Company has referred matters prompting the move to the Australian Securities and Investment Commission.

The virtual meeting was adjourned until January 29 to seek legal advice after directors became concerned about "possible voting associations and unacceptable circumstances" relating to proxy votes received for the meeting.

The AGM was to have voted on the election of Kunteng nominee Yuan Ma to the board.

In a letter to shareholders, chairman Roger Sexton said the AGM adjournment was in the best interests of all shareholders and allowed authorities time to investigate.

Ms Andrew, a lawyer and health sciences graduate with legal skills in agriculture and logistics, is the former head of Wine Grape Growers of Australia and in 2017 was recognised as one of the state's leading young business entrepreneurs.

The solar electricity generation project will save the school's Farrer Farm nearly $75,000 in annual energy costs.

Wynenergy founder, Ben Wynn, said the company's "stock-proof" solar solution on a raised platform used three unique sun trackers and allowed continued use of the land underneath to grow forage and provide shelter for livestock.

"The money we will save each year is considerable, but there will also be valuable educational outcomes for our students," said Farrer Farm manager Andrew Eather.

The NSW Department of Primary Industries grant will need to be supported by funds to cover the full $400,000 cost of the project, which has prompted the school to seek help from ex-students via the Farrer Alumni, local businesses and industry.