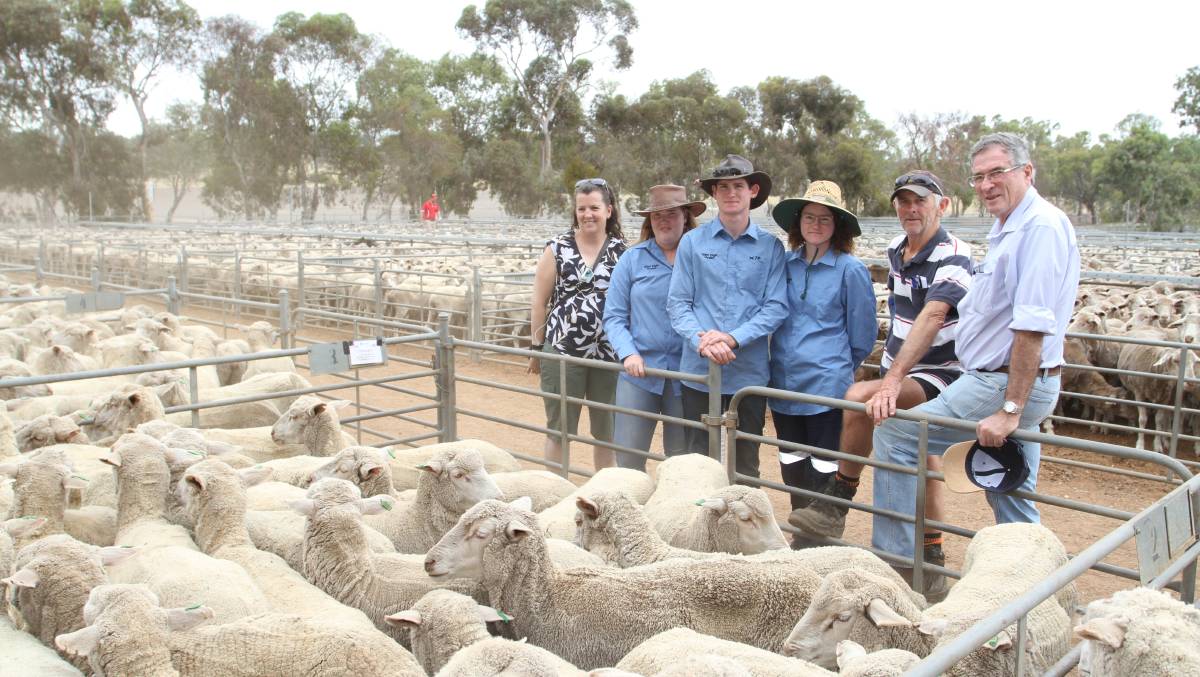 The company yarded 5381 well-bred and grown sheep and lambs which were made up of predominantly spring shorn mature ewes featuring a complete flock dispersal from the eastern Wheatbelt and a flock reduction from a well-known local producer, along with stronger numbers of spring shorn wether lambs.

In the end, all sheep remained in WA which turned the tide of a lot of earlier sheep sales in the spring which saw Eastern States' orders dominating the market.

At the completion of selling, AWN Livestock auctioneer and State livestock manager Don Morgan had achieved a 100 per cent clearance at an average of $139 across all ages and descriptions.

In the lamb section of the sale, spring shorn ewe lambs topped at $121, while spring shorn wether lambs sold to $130. Taking the $210 top-priced honours was a genuine line of 2.5-3.5yo November shorn ewes that made up part of the flock reduction of KR Pauley, Fern Park stud, Cuballing.

The flock reduction's line of 188 4.5-5.5yo ewes with the same description in the following pens sold for the next highest price of $204 to Dunarra Farms, Wagin.

The dispersal ewes with a Prime SAMM influence in their breeding sold to $168 for 402 October-November shorn 3.5yo ewes which were purchased by AWN Livestock Central Midlands agent Greg Wootton with the ewes going to a new home at Walkaway.

Steele Hathway, Elders Corrigin, buying for a Ravensthorpe account paid $142 for the older 5.5yo Prime SAMM infused sisters of the same description with 358 ewes in the line.

Earlier in the sale AWN Livestock Wheatbelt representative Jay MacDonald buying for a Badgingarra grazier bid $160 for a big line of 560 October/November shorn Kolindale blood 2.5yo Merino ewes from the Payne dispersal.

A smaller draft of 90 November shorn Calcaling blood 5.5yo ewes from the Popanyinning paddocks of SR Turton sold for $138 to RMJ & EM Parker, Pingelly.

Topping the wether lamb market was a line of 233 November shorn Fern Park blood lambs from the Pauley consignment which were knocked down to fellow Cuballing producer Hotham Flats Farming.

The Payne dispersal's top draft of 558 October/ November shorn Kolindale blood ewe lambs sold for $121 to Elders State commercial sheep manager Mike Curnick that are heading to a new home at Mingenew, while their top draft of 473 wether lambs of the same description sold for $104 to Chris Medcalf.