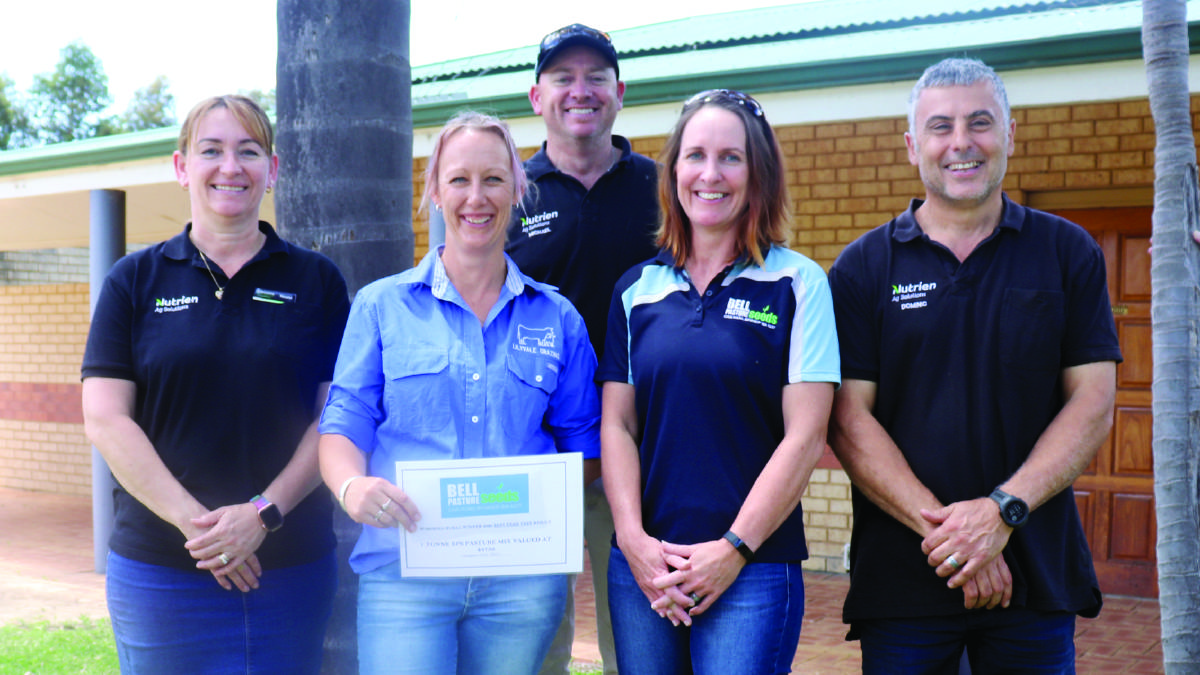 "There is a huge difference in the value of hay (from the samples) for livestock production..."

With crude protein of better than 16 per cent because of its clover content, low neutral detergent fibre (NDF) of 35.1pc and metabolisable energy (ME) measured at 10 megajoules per kilogram, it was a stand out.

The category one hay winner was calculated to be worth up to $533 a tonne, $136 more than the second-placed hay in category one and even more than any other hay from the total of 47 samples submitted from 43 farms for judging in two categories .

A ryegrass-clover mix hay grown by a local farmer exclusively for his own herd of about 90 Charolais and Simmental cross "with a bit of Murray Grey" cattle, won the second category designed for smaller farmers.

While the second-placed hay in category two - grown by a young farmer branching out on his own from a family dairying background - was calculated to be worth $4/t more as dairy cattle feed, it was judged to be worth $32/t less as beef cattle feed.

All entrants had core samples from their hay pastures taken earlier this month.

The samples were analysed and the results put through a patented performance animal calculator by Seed Force business development manager and director and the hay competition's judge, John Gout, to determine relative values as beef cattle and dairy cattle feed. 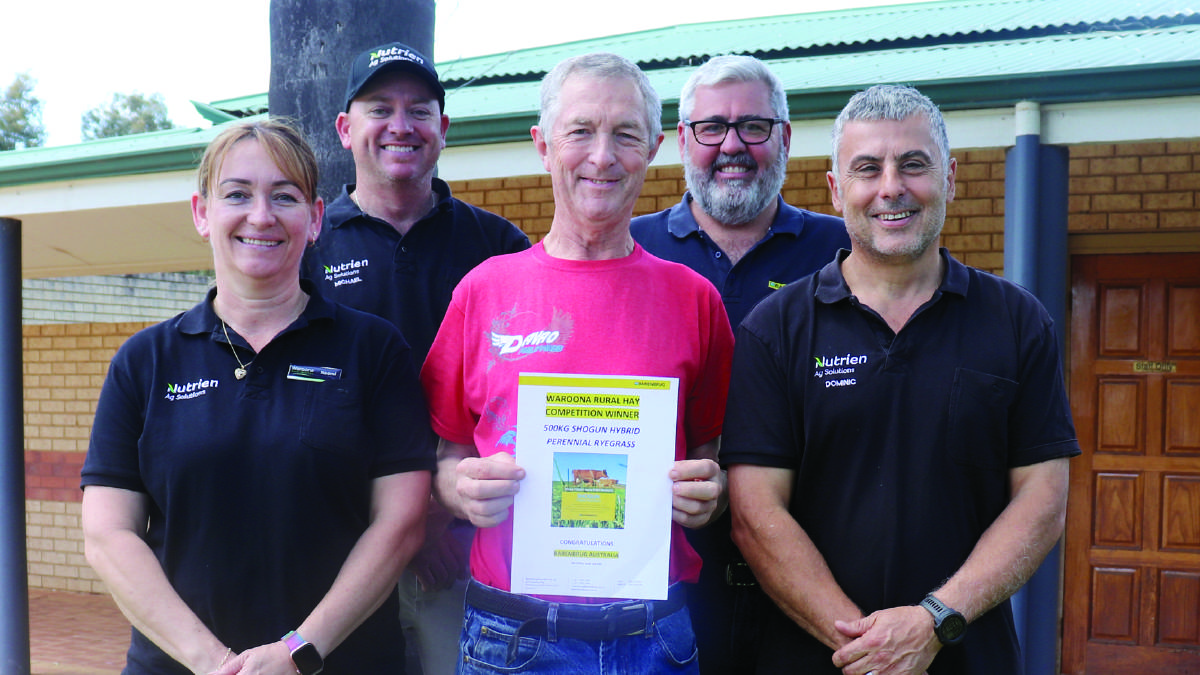 Unable to attend the WRS winners announcement and prize presentation event at Waroona on Friday, Mr Gout explained his judging methods and what made one hay sample better than another, by phone from Victoria to about 30 farmers and representatives of supplier companies.

He sad where CP was below 16pc, the cost of adding protein up to that level was taken into account by factoring in lupins at 30pc CP and $420/t.

Common assumptions across all samples were a yield of 5t per hectare and 90pc feed utilisation.

Animal performance was estimated using live beef weight gain at $4 per kilogram and milk production at 50 cents per litre.

Mt Gout said the potential return in dollars per tonne was further determined by calculating hay value if put through a 300kg steer or a 600kg dairy cow.

"There is a huge difference in the value of hay (from the samples) for livestock production, from virtually no value - as maintenance feed only - to (generally about) $300/t," Mr Gout said. 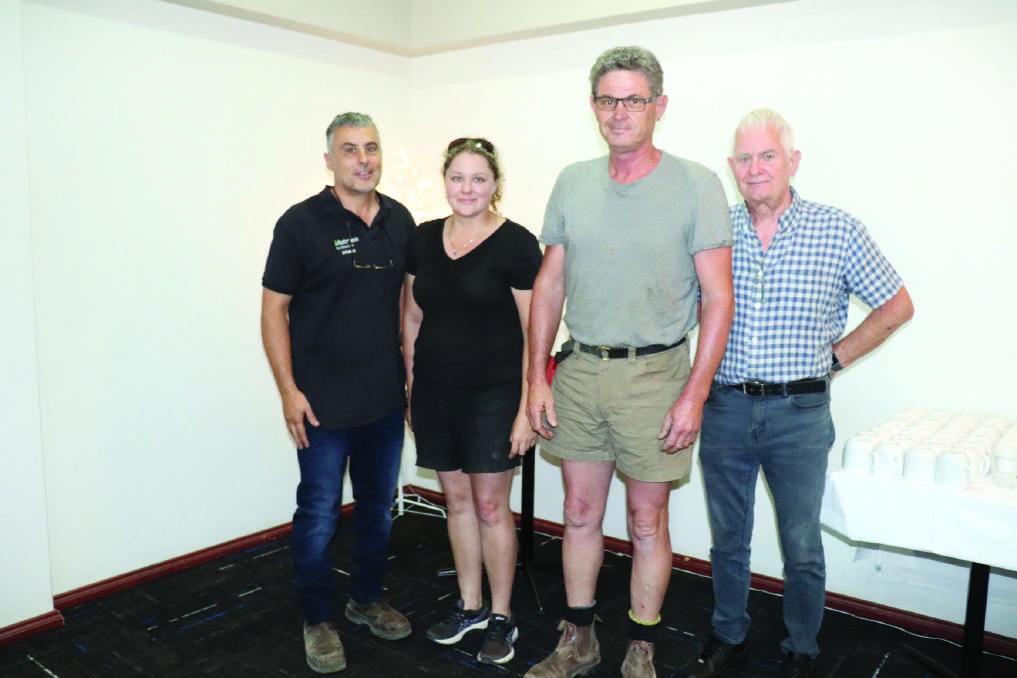 "These differences will be driven by maturity of grass - later flowering is best - time of cutting and the curing process.

"The (category one winning) sample was a clover hay which delivered an additional $100-$200/t in value over largely grass-based samples.

"This highlights the outstanding feed value of legumes and the need to maintain high clover content in hay."

Mr Gout said key guidelines for good value hay were a minimum CP level of at least 16pc, an NDF level as low as possible and ideally as low as 35pc - NDF or 'fill' value increases as forage matures - and maximum ME.

"There were a number of very good samples with ME greater than 10 (megajoules), NDF in the high 40s and CPs close to 16pc, so well done to all participants," he said.

To be eligible for category one, entrants had to purchase more than 1000kg of pasture seed from WRS during the year.

"I know we did 27,000 squares for the stock feed and horse studs market this year," said Ms Kielman, who accepted the first prize voucher from Kerri Gibbs of popular Elgin seed producer Bell Pasture Seeds. 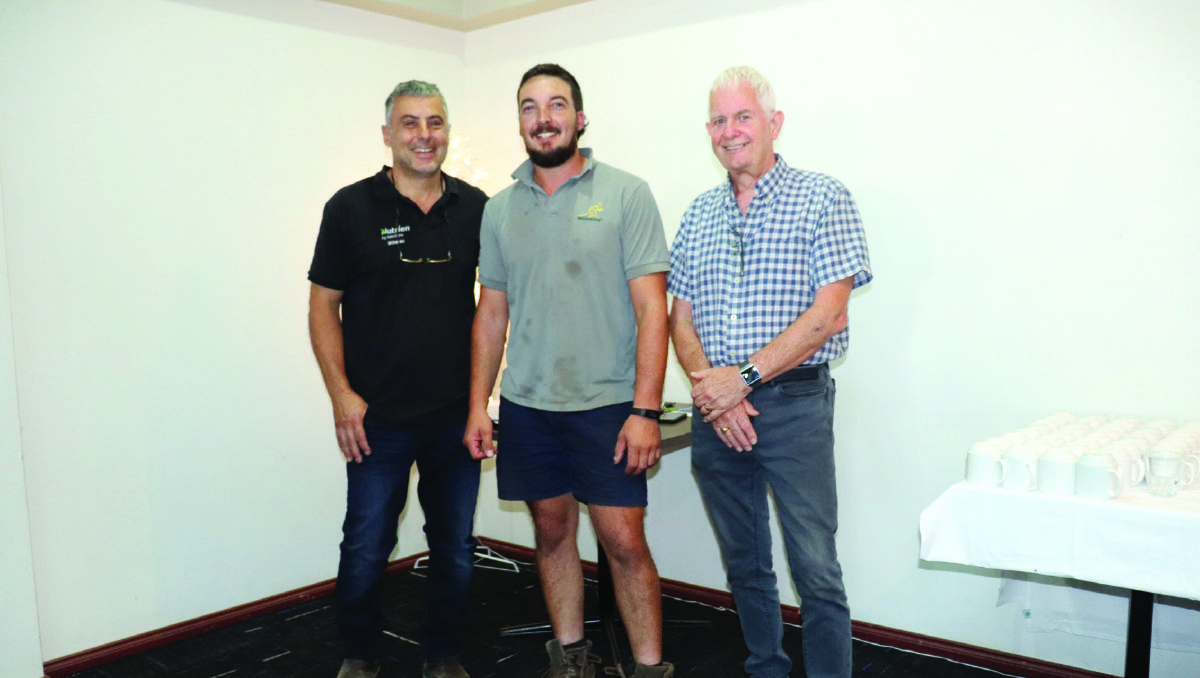 Runner-up in category two of the hay competition was Michael Angi (centre), All Round Farming, Waroona, pictured with Dominic Pinzone (left), Waroona Rural Services and Will Haasse, Australian Baling Supplies.

"Geoff always ensures we have enough hay for our cattle and we sell the rest, mainly for horses.

"It was a pretty challenging year but we got it done," she said.

Category one first prize was a tonne of Bell Pasture Seeds mix with a retail value of $4700 plus GST and $1000 cash donated by WRS.

Its hay was calculated to have a mean value of $398/t.

Waterford stud produces about 1000 rolls of hay and silage and about 500 small square bales a year.

"Most of our hay is targeted to horses - they're the fussiest eaters on the planet, so if they'll eat the hay then everything else will," said Peter Thomas of Waterford stud.

Mr Thomas and Billeagh Marcus accepted a voucher for rolls of bale net wrap and silage wrap from Will Haasse from Australian Baling Supplies Pty Ltd who also provided the same second prize in category two.

A special prize of Calciprill lime from Omya Australia Pty Ltd was presented by agronomist Ken Sharpe to John Snell because his hay was judged a very close third in the category.

Mr Snell and his brother Len run 5000 Shorthorn cattle on Carnegie and neighbouring Wongawol stations in the east Pilbara and take the progeny down to the family farm Charla Downs at Waroona for fattening.

They produce hay for their own usage from about 200ha at Charla Downs.

To be eligible to enter category two of the competition farmers had to purchase more than 500kg of pasture seed from WRS.

Category two winner was Waroona cattle producer Neil Bruce who grows about 100ha of hay a year for his own use.

"It didn't turn out to be difficult to grow hay this year because it was such a warm winter and we got rain at the right time," Mr Bruce said.

"In spring the grass production was fantastic.

"I've been using a soil agronomist for the past 10-15 years and I'm seeing some good results from doing that - much improvement on my rough pasture production."

Second place in the category, with hay with a mean value of $292/t, was Michael Angi, Waroona, who has been farming as All Round Farming for three years.

"Our aim was to encourage farmers to grow quality feed and be rewarded for that at the end of the year," Mr Pinzone said.

"With seed genetics evolving for the better each year, choosing a variety that's 10 years old versus a new variety will come at a significant cost of production and quality," he said.

"The performance calculator shows each entrant what their hay is worth at today's markets for milk and beef and they can see if there's any supplementary feeding they have to do.

"Using the same amount of time, energy, fertiliser costs etc, if you get it right you get a lot better result and there's a significant increase in value - and that applies whether you are producing hay to sell or to feed out for your own stock.

"One of the pleasing things about this first competition was we had entries from commercial hay growers and big operations to smaller farmers who only grow hay for their own use.

"We will continue (the competition) each year and we look forward to growing that group (entrants) as leading grass growers," Mr Pinzone said.