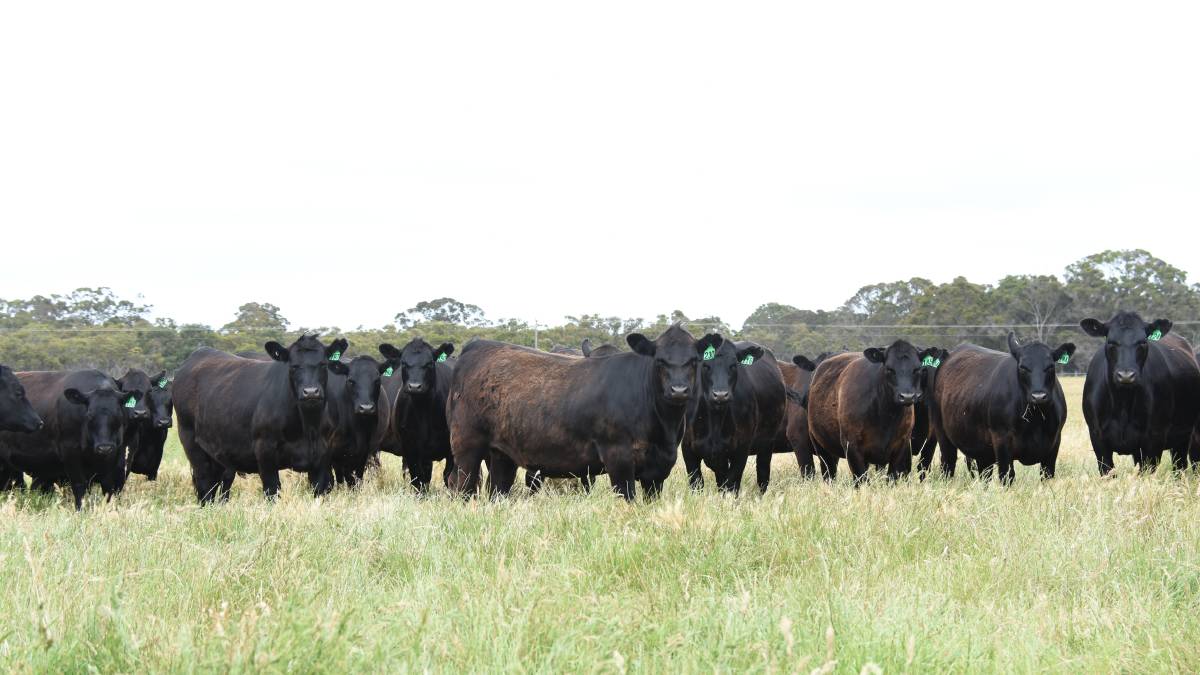 The Forbes family, Dundeal Holdings, Narrikup, will again be the largest vendor in the Nutrien Livestock Great Southern Blue Ribbon Breeders Sale at Mt Barker on Tuesday, January 12, 2021, when it offers a draft of 280 PTIC Angus heifers.

There will be a top offering at the annual Great Southern Blue Ribbon Breeders sale.

A TOP class offering of females will be on the agenda when Nutrien Livestock hosts its annual Great Southern Blue Ribbon Breeders sale at the Mount Barker Regional Saleyards on Tuesday, January 12, 2021.

There will be something on offer to suit all beef producer's needs with a line-up that will include mated heifers, mated cows, cows with calves at foot and unmated first-cross heifers.

In the sale, which commences at 11am, more than 1100 breeders will go under the hammer from well-known cattle herds in the Great Southern and Esperance region.

There will also be a couple of genuine herd dispersals in the offering as well.

Nutrien Livestock, southern livestock manager Bob Pumphrey said the quality of the females on offer in the sale was once again exceptional and would present a fantastic opportunity for producers looking to top up on quality breeders. The Houden family, The Southden Trust (Houden Pty Ltd), Redmond, will offer 54 PTIC Angus-Friesian heifers. The 20-24mo first-cross heifers on offer from the Houden family are all owner-bred and bucket-reared in the family's dairy operation.

"All the females set to be offered in the sale are going to present extremely well.

"It is certainly a very good line-up of well-bred cattle which will also feature a couple of good dispersals of genuine breeders which have many years of breeding behind them.

"There will be something for everyone in the offering, from mated mature age cows to unmated first-cross heifers.

"The sale will start with a good run of mated beef heifers which are mainly Angus and Angus cross and then move into the mated mature aged breeders.

"It will be an outstanding yarding of Angus and Angus cross heifers.

"With the quality of the offering the sale will certainly provide a great opportunity for producers given where the cull cow market is currently sitting to replace their older breeders with some outstanding, younger females."

In terms of pregnancy status buyers can certainly buy with confidence as all the mated heifers and cows are pregnancy tested in calf or are under a vendor guarantee of pregnancy.

A feature of the sale will be two Angus herd dispersals for Tim and Heather Creedon, Pleasant Valley Pastoral Company, Daylup and the Fletcher family, RN & BE Fletcher, Jerdacuttup. 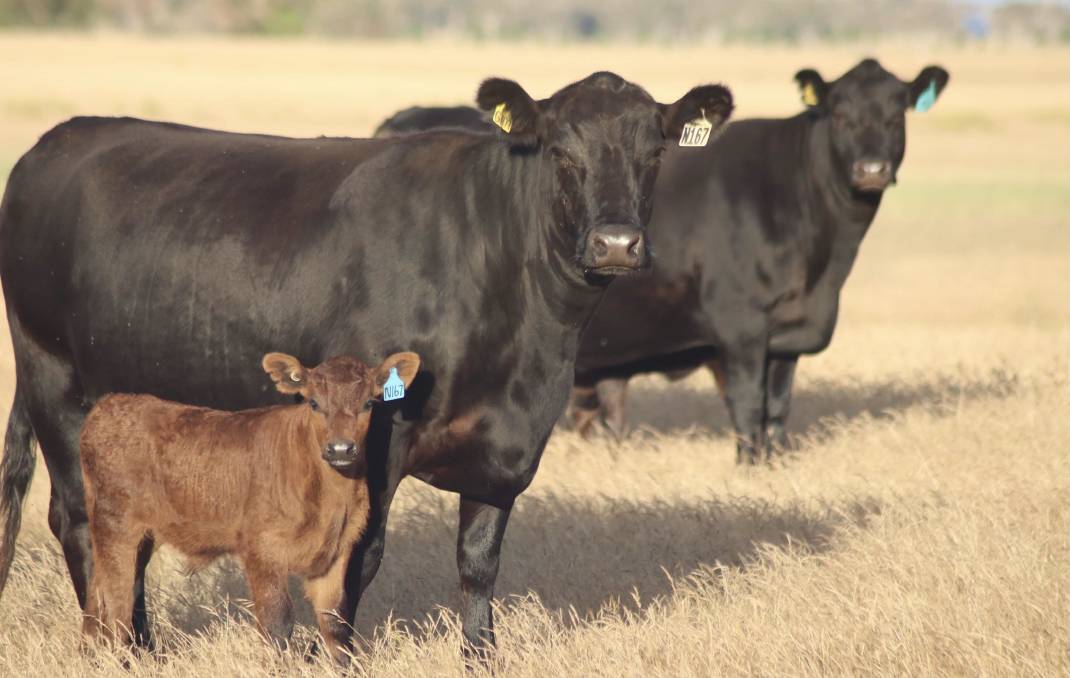 The biggest of these two dispersals will be for the Creedon family, that is dispersing its Angus herd after running cattle on the property for many years, with a change in direction of their operation in favour of lifestyle.

The offering from the family will consist of 71 heifers, 36 second calvers, 34 third calvers and 35 fourth and fifth calvers, which have been bred from Naranda and Sheron Farm Angus bloodlines.

Nutrien Livestock, Esperance agent Neil Brindley said the females being offered by the Creedons have a strong breeding history behind them and were typical Esperance type cattle.

"They are productive Angus females with a good frame," Mr Brindley said.

The females from the operation are all PTIC to Naranda and Sheron Farm Angus bulls and are due to calve from February 26 to May 6.

All the females on offer from the Creedon family will have been pregnancy tested twice prior to the sale, with the second test being undertaken this week. 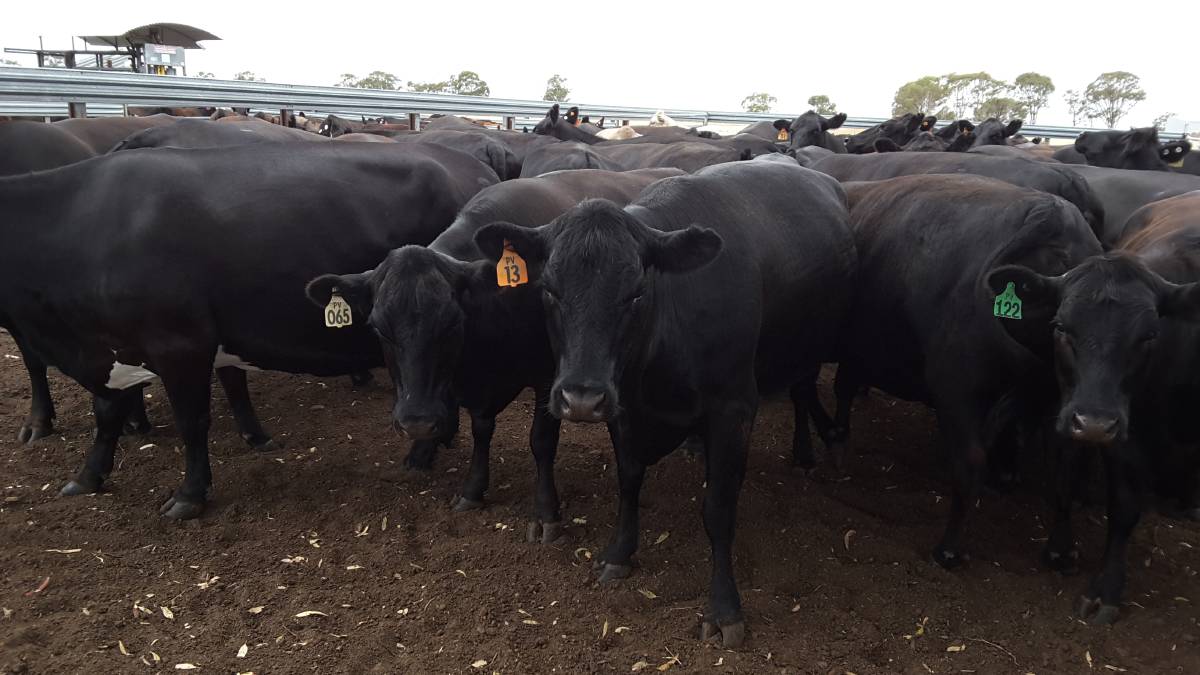 Tim and Heather Creedon, Pleasant Valley Pastoral Company, Daylup, will disperse their Angus herd in the sale. The offering from the Creedons will consist of 71 heifers, 36 second calvers, 34 third calvers and 35 fourth and fifth calvers, which are all PTIC to PTIC to Naranda and Sheron Farm Angus bulls and are due to calve from February 26 to May 6.

When it comes to the dispersal of the Fletcher herd it will include 45 second calvers, 50 third calvers, 36 fourth calvers and 50 fifth and sixth calvers.

Mr Pumphrey said the Fletcher's herd had been based on Coonamble bloodlines for a number of years and the females on offer from the family wouldn't disappoint.

"They are medium to large frame cows and are good genuine breeders," Mr Pumphrey said.

"Their calves are always in demand when it comes to marketing them."

The line-up of quality Angus females are PTIC to Coonamble, Cherylton and Black Market Angus bulls and are due to calve from April 14 to June 17.

In the heifer offering the Forbes family, Dundeal Holdings, Narrikup, will have the largest draft of mated heifers on offer when they offer 280 Angus heifers, the majority of which are carrying Coonamble Angus bloodlines.

The majority of the heifers from the Forbes family were purchased in as weaners last season from regular suppliers then joined and prepared especially for this sale.

In the breakdown, the operation will offer 50 heifers aged 30 months and 230 heifers that are in the 20-24-month-old age bracket.

Both lines are PTIC to Angus bulls and due to calve from February 26 to April 30.

All the heifers from the Forbes family will have been pregnancy tested twice prior to the sale, with the second test undertaken in early January just before the sale.

Another big line of purebred Angus, PTIC heifers will be presented by the Gatti family, L & C Gatti, Redmond. 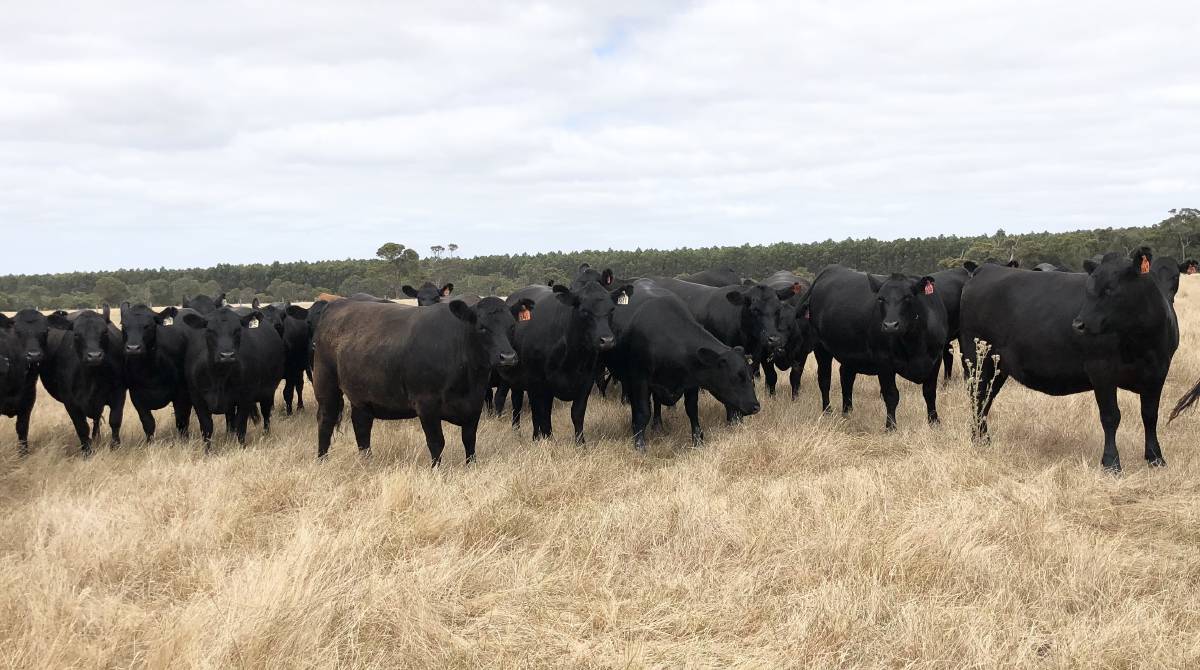 Another big line of purebred Angus, PTIC heifers will be presented in the sale by the Gatti family, L & C Gatti, Redmond. The line of 60 owner-bred, 20-24mo heifers carry mainly Coonamble Angus bloodlines.

The line of 60 owner-bred, 20-24mo heifers carry mainly Coonamble Angus bloodlines in the pedigrees and come from a herd which has many years of breeding and selection behind it.

The well-grown, feminine heifers are PTIC to Coonamble, Tullibardine and Koojan Hills Angus bulls and have a calving period running February 25 to May 20.

Rounding out the vendors with larger lines of PTIC Angus heifers in the sale will be Glenfield Grazing, Williams.

Both lines are carrying Angus sired calves and are due to calve from April 2 to June 4.

The Baboo Pastoral heifers, which are 20-22mo, are based on Coonamble Angus bloodlines and are back in calf to low birthweight Coonamble Angus bulls (due March 1 to April 30), while the Shark Lake Piggery heifers are slightly younger at 19-20mo and are PTIC to Angus bulls and due to calve from April 10 to June 23.

Moran & Co, Kronkup, will also have PTIC purebred Angus heifers in the sale when it trucks in 15 head.

The line is PTIC to an Angus bull and due to calve from February 17 to July 9.

For buyers looking for mated beef heifers which aren't pure black then there are a couple of lines which could tick the box.

The 22mo heifers, which are based on their own stud bloodlines, are PTIC to a Kildarra Red Angus sire and are due to calve from March 27 to May 29.

The second is a line of eight 22-24mo Murray Grey heifers from TH Shepherd & Co, Kojonup.

Along with the line of heifers the Kojonup operation will also offer 22 Murray Grey second calvers.

They are due to calve from March 11 to September 10.

There will also be some good lines of mated and unmated first-cross heifers to feature in the sale and the biggest offering of these will be from the Houden family, The Southden Trust (Houden Pty Ltd), Redmond, with an offering of 54 PTIC Angus-Friesian heifers.

The 20-24mo first-cross heifers on offer from the Houden family are all owner-bred and bucket-reared in the family's dairy operation in which they milk 500 cows.

The heifers, which are sired by Arizona Farms Angus bulls bred from Coonamble Angus bloodlines and out of Friesian heifers, are in calf to Quanden Springs Angus bulls selected for their calving ease and high growth.

Regular vendor Candyup Farms, Bridgetown, will offer both joined and unjoined first-cross heifers in the line-up.

In the run of mated cows there will also be some great buying opportunities including 50 Angus-Friesian second calvers from John and Cheryl O'Farrell, EJ & CA O'Farrell, Youngs Siding.

The females, which were bred in the family's dairy, are sired by Lawsons Angus bulls and PTIC to Angus bulls.

Nutrien Livestock, Albany representative Terry Zambonetti said the females from the O'Farrells were being offered as a genuine dispersal.

"They are excellent mothers and when we sold their calves at the end of October they sold very well," Mr Zambonetti said.

Along with offering PTIC heifers in the sale, Baboo Pastoral Company will also offer 40 young mated Angus cows based on Coonamble Angus bloodlines made up of 20 second calvers and 20 third calvers.

Both lines have been joined to a Coonamble Angus sire and are due to start calving on April Fool's Day (April 1) and will finish on June 30.

There will also be a good run of cow and calf units presented in the sale by regular vendors the Blyth family, MJ Blyth & Co, Manypeaks.

The offering will consist of 36 Angus second calvers and 27 Angus third calvers, which are based on predominantly Coonamble Angus bloodlines.

Nutrien Livestock, Mt Barker agent Harry Carroll said the cow and calf units on offer from the Blyths were very good, having been bred in the operation's large Angus herd which has an excellent reputation.

The calves are sired by Coonamble Angus bulls and range in age from five to 11 weeks.