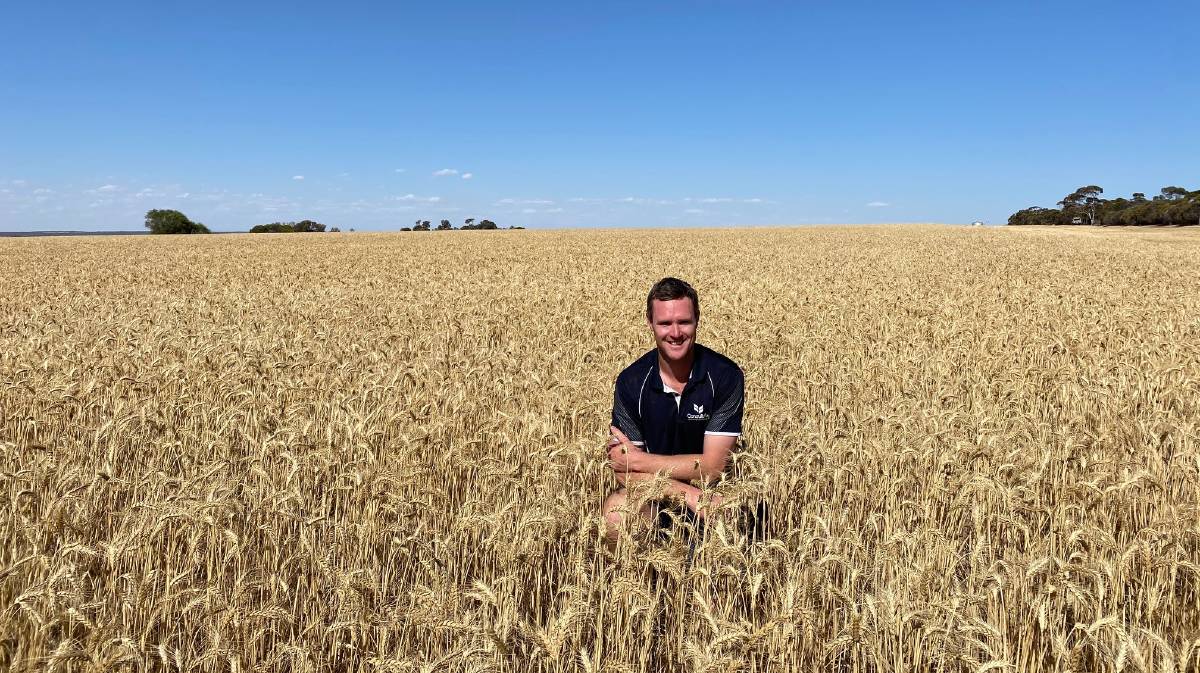 ConsultAg agronomist Brad Joyce believes there will be renewed local interest in the pulse market.

Pulses are on a comeback across Western Australia

PULSES are on a comeback across Western Australia as the industry moves to put past market shocks and agronomic challenges behind it.

Anthracnose and Ascochyta blight in chickpeas was largely responsible for the downturn.

Premium Grain Handlers managing director John Orr believes that is about to change.

Speaking at the 2020 Syngenta Consultants Conference in Perth in mid-December, he outlined why he expects more growers will make legumes part of their rotation off the back of positive agronomic developments and market signals.

China is expected to be the biggest export destination for field peas.

No Australian field peas were sent to China two years ago, but its population has developed a rapid and growing taste for pea protein in a variety of innovative food products.

Mr Orr said it was an emerging, but exciting market development that was helping to insulate the industry from shocks such as India's 2017 pulse import tariff, which essentially shut down Australia's biggest field pea market overnight.

Europe is now Australia's biggest international destination for lupins ahead of South Korea.

Mr Orr is bullish when it comes to the outlook for Australian pulses and believes these market opportunities will keep prices buoyant.

"We now have better agronomic packages to be able to produce pulses and that's happening at the same time as on the market front we're seeing a diversification of the traditional subcontinent and Eastern European vegetable protein food market."

These market opportunities are aligning with new weed control options that many agronomists at the conference predicted would lead to extra paddocks being brought into the pulse rotation.

At the centre of this optimism is REFLEX from Syngenta, with registration by the Australian Pesticides and Veterinary Medicines Authority anticipated early 2021.

Having widely trialled the pre-emergent broadleaf herbicide, Syngenta backed this submission with extensive data on demonstrated control over a wide variety of problem broadleaf weeds, including those populations where there's been confirmed resistance to herbicide groups B, C, D, F and I.

Stoking excitement in this new Group G pre-emergent herbicide among local consultants has been trial work from Esperance to Geraldton across a range of pulse crops, where it displayed excellent residual activity on hard-to-control species including wild radish and good levels of crop safety compared to current grower standards.

ConsultAg agronomist Brad Joyce services clients across the Wheatbelt and believes the release of REFLEX will culminate in an expansion of pulses.

"I've had a few clients in the past two years where we worked out that the paddock needed a break but there were some pretty tough to control radish and we weren't confident to go in with lupins, even though we knew it was best agronomically," Mr Joyce said.

"REFLEX is definitely going to see those legumes push into a larger area and will see lupins grown with more confidence."

He also predicts it will see growers in the eastern growing areas make a return to chickpeas, which hit $900 tonne last year before easing back to $550.

With the ability to handle heavy soils and good water use efficiency, chickpeas were once a significant part of the rotation in that area.

The development of a new fungicide MIRAVIS STAR from Syngenta is offering further hope, with an application for registration made to the APVMA this year.

Yet, Mr Joyce said the biggest barrier to chickpea adoption was resoundingly wild radish and how to control it.

"I've got some clients in the eastern Wheatbelt that are looking to get back into chickpeas (but) the weak link in our system over the past few years has been mainly radish control," he said.

"Within our own client base we've probably only got six or seven chickpea growers in the eastern Wheatbelt but I think we'll probably see that number grow as we see the price remain stable.

"With REFLEX in the system to control wild radish and other problem broadleaves, I think we'll be looking at a lot more growers in the future."