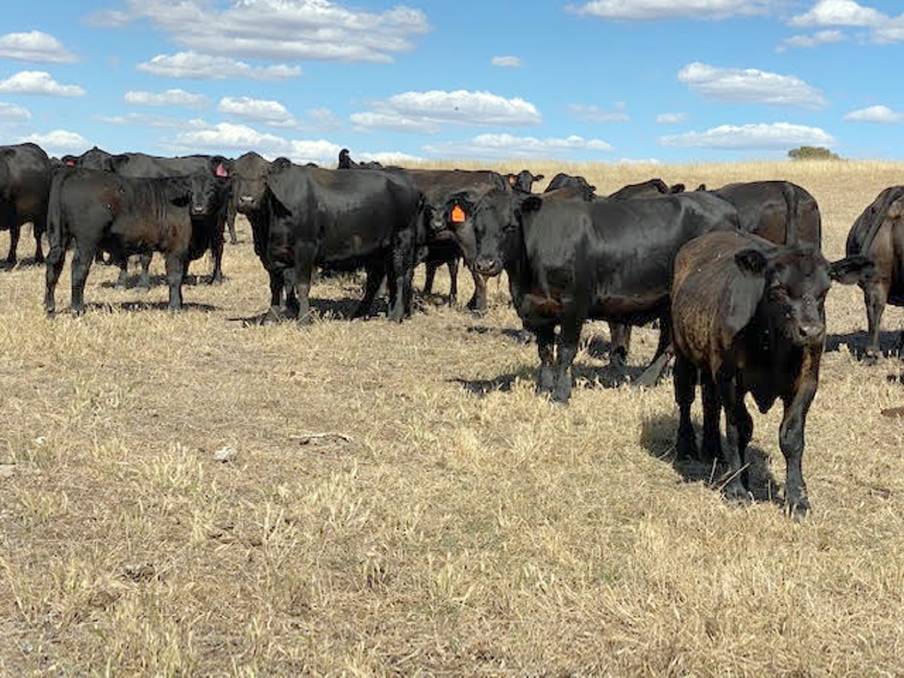 The Scott family, Silverlands Stud Farm, Bridgetown, will be one of the biggest vendors in the Nutrien Livestock Boyanup store sale on Friday, January 8, when they offer their first draft of Angus calves for the season. The Scotts will offer 70 steers and 45 heifers from their large herd of about 500 breeders.

STORE sales in the South West for 2021 kick off on Friday, January 8, when the Nutrien Livestock South West team hosts its first sale of the new year at Boyanup.

In the sale, which will commence at the later start time of 1.30pm, the Nutrien Livestock team will yard 1200 head, featuring a good run of both beef steers and heifers, as well as a sizeable line-up of Friesian steers.

There will also be a good number of mated cows offered.

Nutrien Livestock, South West sales co-ordinator Ralph Mosca said the yarding would comprise of some very good annual drafts of beef steers and heifers, which will be vendor's first drafts for the season alongside a quality line-up of Friesian steers.

"We will have a good run of beef cattle on offer ranging from eight-month-old weaners through to yearling types," Mr Mosca said.

"When it comes to the Friesian steers we will again see a good offering from our local, regular vendors from 10mo types right through to 24 months old.

"There will also be a sizeable run of mated cows at the end of the sale, for buyers looking for proven breeders."

In the beef pens there will be a good mix of British and Euro types for buyers to choose from.

The largest vendor in these pens will be the Scott family, Silverlands Stud Farm, Bridgetown, offering their first draft of Angus calves for the season.

The Scotts will offer 70 steers and 45 heifers from their large herd of about 500 breeders.

The 8-10mo calves are based on Monterey Angus bloodlines and Nutrien Livestock, Boyup Brook agent Jamie Abbs said the calves would suit a wide range of buyers.

"The line will weigh from 280 to 360 kilograms and will be suitable for lotfeeders, graziers and backgrounders," Mr Abbs said.

Also from the Bridgetown area will be 60 calves (30 steers and 30 heifers) from the Youngson family, Park Farm.

The 8mo calves are sired by Cherylton, Mordallup and Diamond Tree Angus bulls and are out of Simmental-Angus cross cows.

Mr Abbs said the draft from the Youngson family was their first offering of calves for the season and they would be ideal for all sectors of the market.

Another first-draft coming in from Bridgetown will be 23 Murray Grey steers from D & D Jenkins.

The 8mo steers, which have been bred from Monterey and Wundam Park Murray Grey bloodlines, will have a weight range of 280-350kg.

Yarloop-based operation Kau & Son will also have numbers in the sale, having nominated 24 Angus and 24 Charolais calves in the 8-10mo age bracket.

At the older end of the scale RG Major, Williams, will truck across the hills 70 Angus cross steers and 30 Angus cross heifers, which were purchased earlier in the year (February/March) as weaners and have been grown out.

When it comes to the Friesian steer offering the Donnybrook Football Club, Donnybrook, will be the largest vendor with 45 black and white steers (14-16mo) in the pens.

In the first cross steer and heifer pens the bigger vendor will be Harris Beef, Boyanup, with 25 Angus-Friesian steers (18mo), while Trevelys Pty Ltd, Albany, will offer 23 Angus-Friesian heifers (14-20mo).

The sale will round out with a good number of mated cows and heifers and these will include a herd reduction for Newburn Grazing, Keysbrook, which has sold part of its property.

Both lines are PTIC to Angus bulls and due to calve from February 15 to June 23.

Also in the mated cow line-up will be 23 Murray Grey third calvers from Yackaboon Grazing/Contracting, Quindanning, which are PTIC to Monterey blood Murray Grey bulls.

Eleven are due to calve from March 8 to May 4, while the remaining 12 head have a calving period from May 4 to June 21.