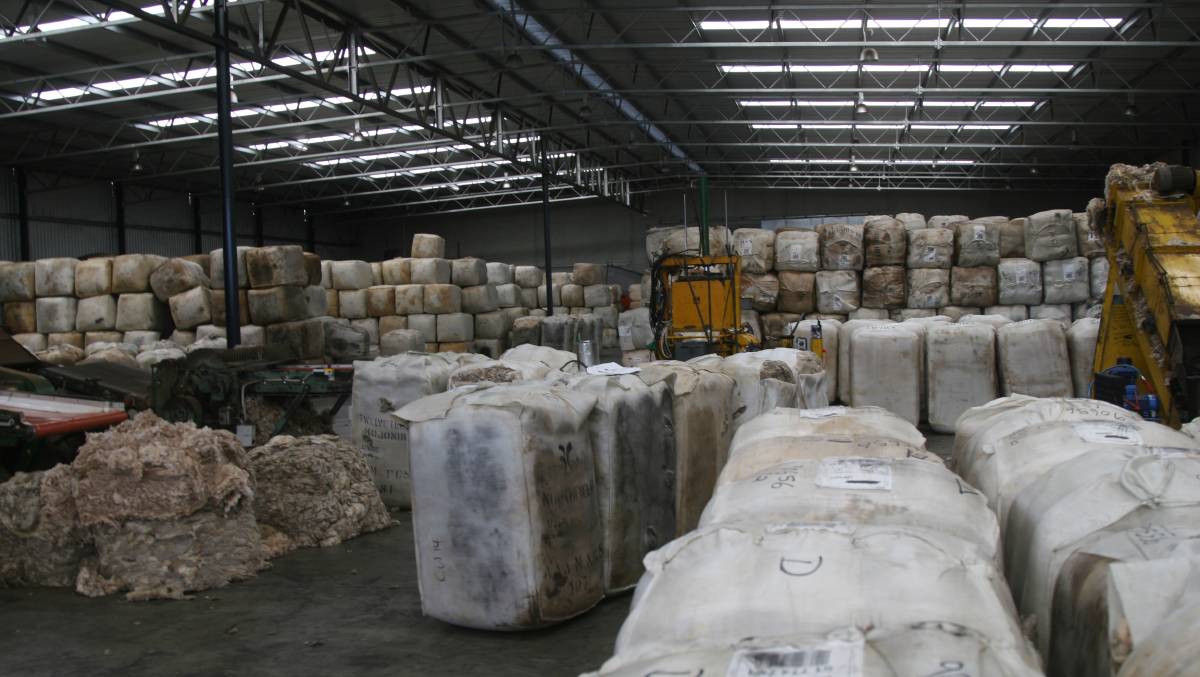 Bales tested in WA from July-December declined by 16.2%

WOOL test data for the past six months appears to reflect the impact of sheep numbers shipped east, with Western Australia leading the national decline in the number of bales tested.

Despite a relatively benign first half of the current season, with far more green feed available for flocks over the past six months in most wool-producing areas of WA than was available the previous season, the number of bales tested in WA from July to the end of December declined by 16.2 per cent.

Latest Australian Wool Testing Authority (AWTA) statistics show the number of bales tested in that period in WA was 145,663, compared to 173,829 bales tested in the same considerably drier period the previous season when most woolproducers were carting in feed, water or both.

Nationally, bale tests also declined during the past six months, but only by 9.8pc - down from 858,047 bales tested in the corresponding period of the previous season to 773,676 so far this season.

For the largest wool producer, Victoria, bale test numbers declined 9pc in the past six months when compared to the same period the previous season.

AWTA statistics show it tested 23,373 bales in WA in December, down 18.6pc on the 28,726 it tested in December, 2019, after trucking of sheep east to primarily restock previously drought affected areas of NSW had begun.

WA's was the biggest by far December decline in bale test numbers of any State.

Bale tests increased in most States last month when compared to the previous December, with Victoria (tests down 6.6pc) and South Australia (tests down 2.1pc) the only other States to record declines in test numbers, according to AWTA.

Across all of last year, September was the only month when AWTA tested more wool in WA than it had the corresponding month of the previous year, with the only increase being 1.3pc or just 353 extra bales tested.

The biggest declines in bale numbers were in August (down 31.7pc) and October (down 23.1pc), followed by December.

WA's wool also continued to be the finest in Australia, with 70.4pc of the State's clip testing as superfine at 19.5 microns or less, in the first six months of the current season, compared to the national average of 51.6pc.

Despite a slight increase in WA wool yield in December to 63.8pc, the average yield across the past six months continued to ease to 62.6pc, down 0.5pc on the same period last season and with Queensland wool the only lower yielding wool in Australia.

Average national wool yield, in contrast, increased by almost a full percentage point in the past six months to 64.3pc.

But the marked improvement in conditions with the end of the drought in NSW, Victoria and SA, compared to last season, saw the average national staple length grow 3mm to 90mm, according to AWTA.

Average national staple strength also increased to 34.2Nkt in the past six months, but WA wool strength trailed at an average of 31.2Nkt.

However, the critical unwanted incidence of mid break when staples were stretched during testing averaged 51.8pc for WA wool, better than the national average of 52.3pc.

WAFarmers' vice president and Kojonup woolproducer Steve McGuire said the AWTA data on bale test numbers for the first half of the season appeared to reflect "the kilograms of wool that went east on the back of trucks earlier last year".

"In the previous season people were having to cart water and feed for their sheep and it got to the point where it didn't matter whether they had wool on them or not, they simply had to go," Mr McGuire said.

"In contrast, this season has been pretty good so far so you would naturally expect more wool.

"I don't know how much wool there is (untested) still in store, but many woolgrowers like to get their clip up (to Perth) and have it tested so it's there and ready to go when the market is right.

"The lack of shearers (from interstate and New Zealand because of COVID-19 border closures) may have also had some impact.

"I asked my local contractor about that and he said it wasn't too bad down south because a lot of the growers were able to bring shearing of their dry sheep forward - they couldn't do the ewes early because of lambing, but the hoggets and dries they could do early.

"Further north there are delays with shearing because (contractors) rely more on bringing shearers in and now the shearers that are here are getting tired, they've been working long hours and weekends to get it done.

"But I think the main reason bale test numbers this season are down is because we don't have the sheep to shear.

"I don't know what the official figures are, but I'd estimate the number of sheep that went east last year and late the previous year would be up around two million - it would have to be.

"Even on a global scale it was a massive relocation of stock," he said.

Mr McGuire said it will be "interesting" to see bale test statistics for the coming autumn, the time most of WA's sheep are shorn, in contrast to Eastern States where main shearings are predominantly done in spring.