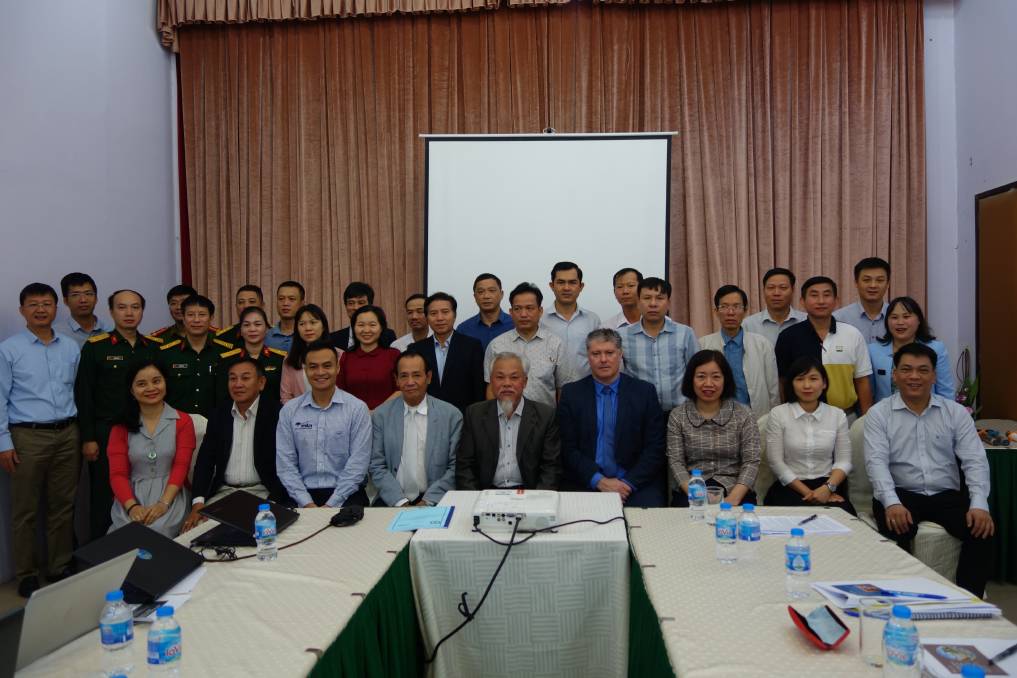 Participants in a recent workshop in Vietnam to discuss the development of local animal welfare laws included Australia's Agricultural Counsellor Tony Harman, Tien Nguyen from the Livestock Export Program, and members of Vietnam's Ministry of Public Security and Ministry of Agriculture and Rural Development.

The new laws will apply to all cattle in the country, regardless of their origin

ANIMAL welfare laws consistent with Australian expectations for the treatment of cattle exported overseas will be enshrined in Vietnam, with the help of Australia's livestock export industry.

The new animal health laws being developed by the Vientamese government will apply to all cattle in the country, regardless of their origin, covering animal husbandry and handling, disease prevention, transport, traceability, slaughter and food safety.

Advice and assistance has been provided by the in-market team from the Livestock Export Program (LEP), a partnership between research and marketing bodies LiveCorp and Meat & Livestock Australia, via a three-year agreement.

A workshop with several government departments recently provided an opportunity for Australia's agricultural counsellor to Vietnam Tony Harman to explain the regulations for exported Australian cattle; while the LEP's Tien Nguyen talked about the practical benefits of stunning, traceability and other animal welfare measures.

The LEP's manager Livestock Services - Asia Pacific, Michael Patching, says Vietnam was an important and growing market for Australia's live cattle exports and the project would help to ensure the cattle were treated appropriately.

"The regulations imposed by Australia have had significant benefits for the welfare of Australian livestock overseas, especially the use of stunning," Dr Patching said.

"However, there are almost a million local cattle a year processed in Vietnam that don't come under those standards and this creates risks for the Australian industry.

"Being invited by the government in Vietnam to work with them on the development of the laws helps to ensure they are aligned to the international standards which have to be met for Australian cattle, so that local authorities are providing the same level of regulatory oversight.

"Even more important is the opportunity to support an important trading partner in a meaningful way that will have lasting impact.

"We know the treatment of livestock in our destination markets is a concern for the Australian community and this minimises the risk of poor welfare - not only for our cattle, but for all cattle in Vietnam."

One of the key components of the project was to have stunning officially recognised as a supportive tool to ensure good animal welfare outcomes at the point of slaughter.

Although stunning was already widely used, this would see the Vietnamese government officially promoting it as best practice.

Information campaigns and training resources for the local cattle industry would also be developed by the Vietnamese government about the various components of the new laws.

The project was being funded, in part, by a $135,000 grant from the Australian Department of Agriculture, Water and the Environment through the Agricultural Trade and Market Access Cooperation (ATMAC) program.

Agriculture Minister David Littleproud said the ATMAC funded component of the project had so far included a cattle welfare workshop held in Hanoi in early November 2020 to determine what was needed to develop functional animal welfare changes in Vietnam.

"The workshop was well attended by government departments, non-government organisations, universities, and commercial companies and provided stakeholders with the opportunity to discuss the regulations for exported Australian cattle and other animal welfare measures," Mr Littleproud said.

Dr Patching said the ATMAC program aimed to build stronger, mutually beneficial relationships with trading partners, and he was pleased to have this initiative in Vietnam recognised for doing that.

"The livestock export industry works with all of its trading partners to help them achieve their objectives and to continually improve animal health and welfare, meeting and surpassing the World Organisation for Animal Health standards to which most are signatories," Dr Patching said.

"We look forward to seeing the benefits for all livestock in Vietnam as the new laws are rolled out over the next three years."