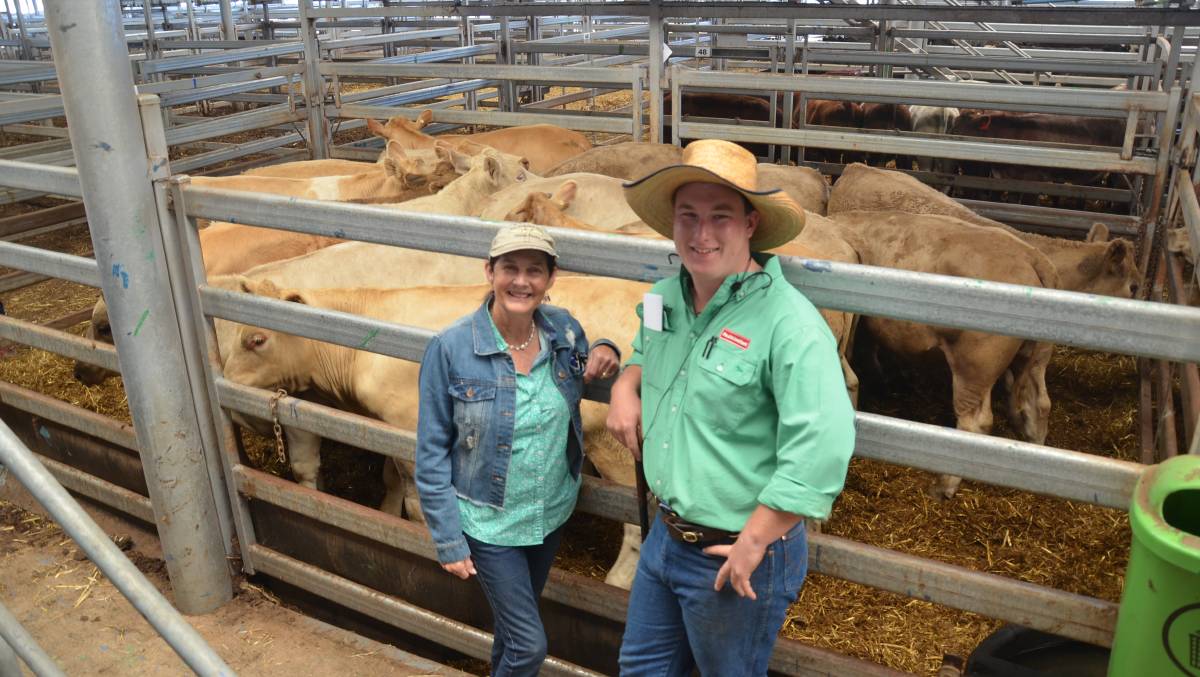 Day two and three of the southern weaner sales have delivered the predicted continuation of extraordinary prices.

Day two and three of the southern weaner sales have delivered the predicted continuation of extraordinary prices.

The sales have coincided with a number of significant rainfall events across the Eastern States which is undoubtedly fuelling restockers' concerns about a shortage of cattle going forward.

Buyers from Queensland, South Australia, NSW and Victoria have certainly been active at the sales where agents say averages are up $500 to $700 on the 2020 results.

On Wednesday agents yarded 1080 head at Casterton for an average price of 525c/kg.

Elders Casterton livestock manager Sam Broomby said the prices were "off the planet."

"I don't know if we'll see it again but it's incredible to think how much these calves are making."

Meanwhile, if bidders thought Tuesday's Wodonga weaner sale was dear, they were in for a rude shock on Wednesday, with day two of the sales seeing prices reach $2070 for Angus weaner steers and $1880 for heifers.

There was 2514 head of good quality cattle yarded in the independent agents black cattle sale, the total offering averaging $1738 a head.

Wangaratta agents sure picked a good time to host their inaugural weaner sale with calves hitting $2250/head on Wednesday.

Agents yarded 3000 weaners at the special store sale created to ease the pressure from the nearby Barnawartha yards where more than 10,000 cattle are set to be sold this week.

Corcoran Parker director Kevin Corcoran said the overall presentation of cattle was "second to none" and reflected the "marvellous" season in the north-east and southern Riverina.

Vendors at Wednesday's Hamilton sale were also ecstatic with prices that were as much as 200 cents a kilogram above the 2020.

Tight supply and strong northern demand bolstered competition among restockers and feedlots on Thursday for day four of the Wodonga weaner sale series.

Prices for weaner cattle passed 550 cents a kilogram less than 30 minutes into the sale where NSW restockers competed against their Victorian counterparts for pens of vendor-bred calves.

The smaller yarding was partially attributed to vendors retaining their heifer portions for breeding on the back of buoyant seasonal conditions.

"Our best calves obviously were getting up over 400kg but there was a lot of calves in the 370 to 400kg that probably other years wouldn't have been that heavy," he said.

"That's probably as dearer cattle sale as what we've probably seen, dollars per head wise, just purely because of the weight."

It was a small but keenly sought after penning at the Hamilton all-breeds heifer weaner sale on Thursday.

Elders and Nutrien yarded 863 heifers which reached a high of 578 cents a kilogram and averaged 496.5c/kg.

The average weight across the yarding was 312kg and sold to an average of $1551 a head.

The story Prices "off the planet" as southern weaner sales continue first appeared on Farm Online.