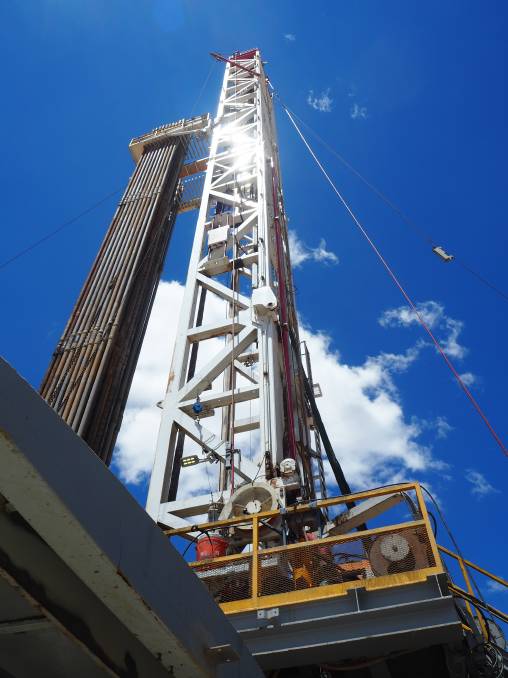 A 1.4 MILLION tonne ammonia and urea manufacturing facility has been slated for the Midwest after a year of feasibility studies.

The company has been awarded a long-term lease over a 60 hectare site in Development WA's Narngulu Industrial Estate.

The site is adjacent to the Geraldton Port and has direct access to State rail and road networks.

Strike Energy chief executive officer and managing director Stuart Nicholls said together with TechnipFMC, they have completed feasibility studies on the 1.4mt urea production facility which would process gas from Strike's Greater Erregulla development in the Perth Basin.

"Natural gas is a critical input into ammonia and urea production and access to competitively priced gas from Strike's Perth Basin resources will be a key enabler of the project," Mr Nicholls said.

"Strike's world class low-cost onshore gas resources in the Greater Erregulla region will form the backbone of the commercial viability of the project.

"Project Haber will consume 86 terajoules per day of natural gas and up to 628 petajoules over a 20-year timeframe."

The design of the facility includes 300,000 tonnes of onsite urea storage, an 800,000t ammonia production train, a 120 kilometre raw gas pipeline from the Perth Basin, rail sidings for transport, power/utilities and steam generation.

The Narngulu site was chosen due to its proximity to Strike's Perth Basin gas fields and access to various transport and shipping options.

Australia's nitrogen fertiliser consumption has increased 67 per cent over the past decade due to global population growth and the avoidance of additional land clearing, which has placed rising pressures on achieving higher yields from existing farms.

The nation's reliance on international supply chains, particularly in a post-COVID-19 world, places pressure on its own food security and ability to maintain agricultural momentum.

"Project Haber has the potential to displace nearly $1b of trade deficit as Australia becomes more self-reliant in the manufacturing of fertilisers," Mr Nicholls said.

"The project will be primarily focused on meeting the needs of Australian farmers, with surplus products to be made available to international markets.

"The advantage of Project Haber's location in Geraldton is its position at the northern end of WA's famous Wheatbelt region where about 30pc of Australia's total urea consumption occurs."

More than 260,000t of fertiliser is imported via the Geraldton port, which is indicative of the ready-made market in the project's location.

Mr Nicholls said that while the economics were supported by Strike's high quality, low-cost gas, it is envisaged that over the useful life of the plant, an increased amount of green hydrogen would replace the raw gas input.

"As such, Project Haber includes the construction of a 10 megawatt hydrogen electrolyser which will enable Strike to take advantage of the abundant local wind energy generated in the Midwest region to form a green hydrogen input stream, which would represent 2pc of the initial hydrogen consumed," he said.

"Local renewable energy will also be preferenced where possible to generate the electricity feed into the plant and reduce fuel gas consumption."

With the competitive advantage of a low-cost gas input, access to transport infrastructure and proximity to Australian fertiliser consumers, Project Haber is expected to deliver more competitively priced urea than international imports into Australia.

Gas forms between 60 and 70pc of the cost base for urea production and the process of manufacturing urea is very reliant on securing low-cost gas to generate competitively priced hydrogen and ammonia.

This is a key driver of the opportunity for Strike and WA to add significant value to its natural gas resources.

Mr Nicholls said urea is an ammonia-based product which requires a very large amount of hydrogen in the manufacturing process.

"Currently the only commercially viable way to achieve this is through steam reforming of methane and splitting the hydrogen from the carbon where the waste product is a very pure carbon dioxide stream," he said.

"After the creation of ammonia using the hydrogen in the Haber-Bosch process, adding back the pure carbon dioxide, prills and granulates the ammonia into urea, therefore consuming the original carbon dioxide in the manufacturing process.

"When the urea is added back into the ground through farming and agricultural application, this effectively completes the carbon cycle."

This process equates to a form of chemical sequestration which will offset a portion of Strike's associated carbon footprint from the Greater Erregulla gas production and consumption.

Project Haber will stimulate the Midwest economy through the creation of more than 1000 jobs during construction and hundreds of direct and indirect long-term operational roles.

The total development is estimated to cost about $2.3b with a 20 to 30 year useful life.

Gross fertiliser revenues from Project Haber are estimated between about $540 to $700 million per annum, based on current urea prices in both wholesale and direct markets.