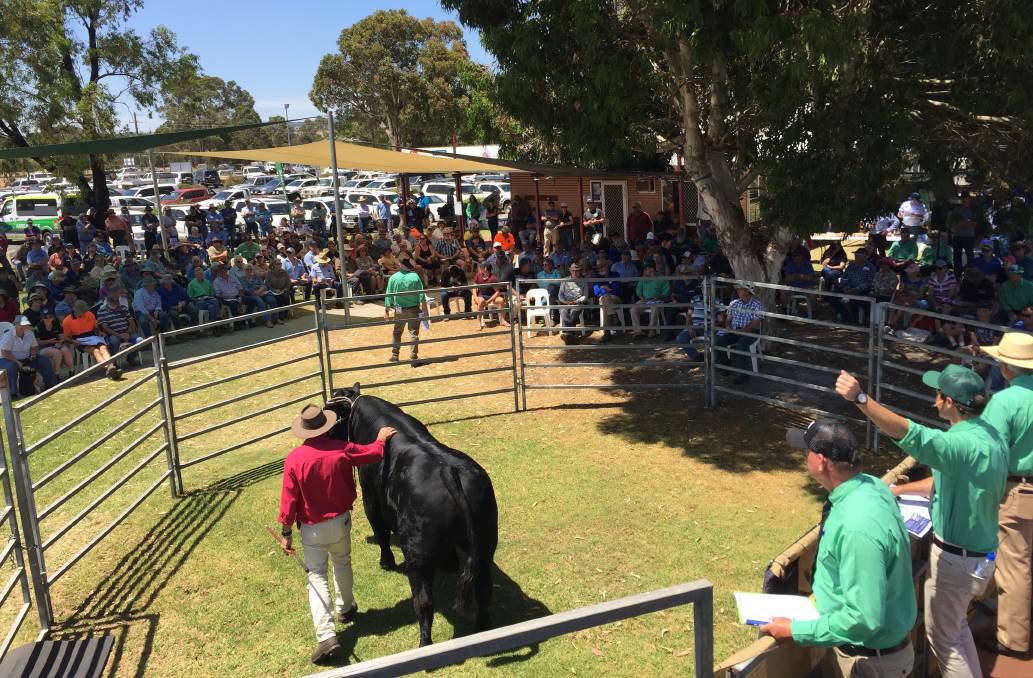 Demand was high & buyers weren't afraid to bid up

THE bull selling season kicked off on Tuesday with the first sale of the year, the Nutrien Livestock Great Southern Blue Ribbon Female and All Breeds Bull Sale at Mt Barker and it didn't disappoint.

There was plenty of demand at the sale and buyers weren't afraid to bid up given the current position of the cattle market ensuring a strong start to the season.

In the bull sale prices hit a high of $17,000 for a Black Simmental sire from Kevin and Janice Hard's Naracoopa stud, Denmark.

The bull was purchased by the Hann family, Greendale Simmental, Esperance.

The next best price in the bull sale was $11,000 paid by Kangarabbi Farms, Narrikup, for an Angus bull from Greg Brown's Ponderosa stud, Albany.

In the female section, prices followed the trend of other female sales this season and were strong throughout with PTIC Angus-Friesians leading the way selling to a State record $4050 twice.

The two pens of heifers (eight in each) were sold by the Houden family, The Southden Trust, Redmond and purchased by the Ayres family, Graham Ayres Livestock, Bornholm.

All up there were 1165 breeders sold for an average of $2553 and a gross of more than $2.973 million on the back of strong WA support and interest from Eastern States buyers operating on AuctionsPlus.

A full report on both sales will be in next week's Farm Weekly.