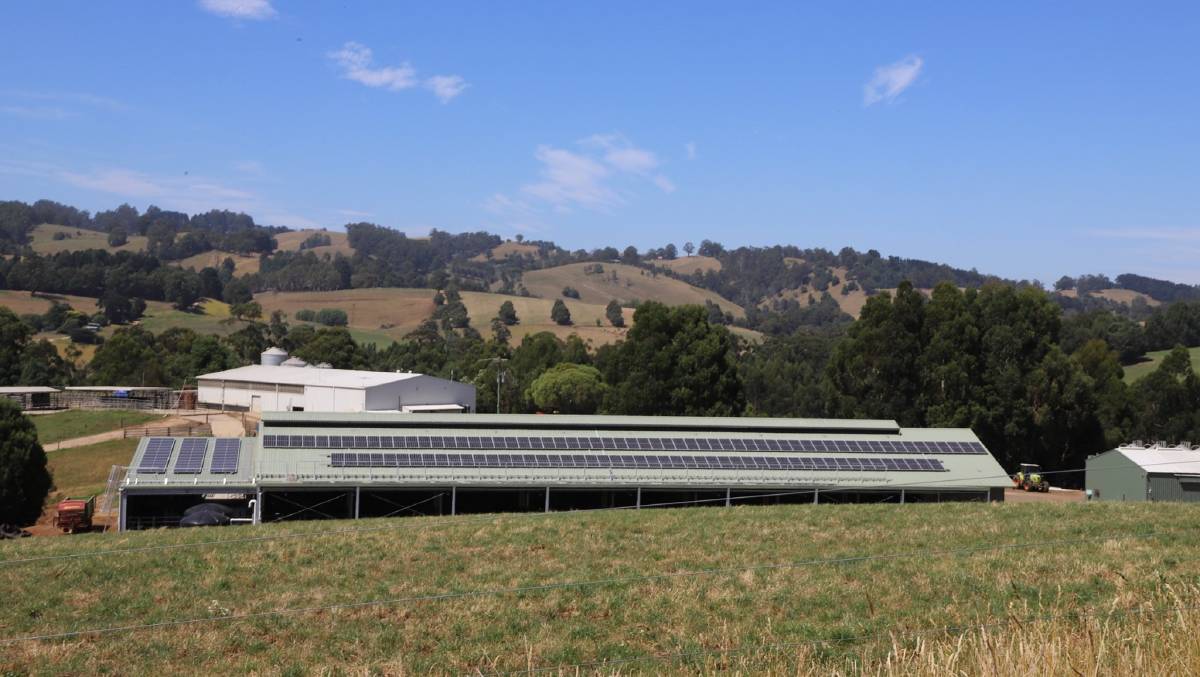 The dairy research centre plans to use solar, wind, hydro and even manure as a bio-gas to produce power as part of plans to become carbon neutral. Picture: Victorian Government.

It does happen to be a government research farm funded by taxpayers but the Ellinbank "Smartfarm" in Victoria's Gippsland was built to show the way.

Being carbon neutral is a fast growing environmental trend globally.

Meat & Livestock Australia says the red meat industry has set a goal to become carbon neutral by 2030 "to meet consumer and community expectations".

The 231-ha, 500-cow farm at Ellinbank is already reputed to be Australia's leading dairy innovation facility, fast-tracking innovative technologies in a research environment and showing them in a way that is accessible to the dairy industry.

The Ellinbank SmartFarmhas been funded through the a range of government programs including the Smarter, Safer Farms initiative.

Bio-digestion aims to use manure, and other dairy shed effluent, to generate power. 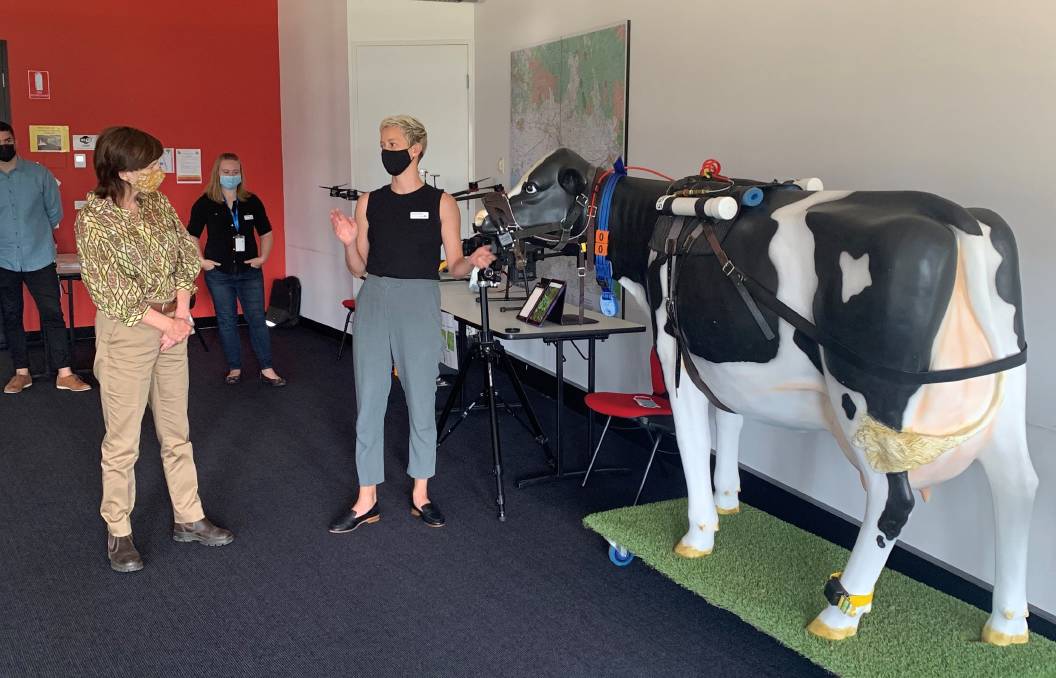 Bio-digestors are a system that break down organic materials, which can be with or without oxygen.

The bio-digestor at Ellinbank will reduce methane emissions from dairy waste streams by taking dairy waste e.g. manure, collecting and converting the methane in the waste to energy for use in the dairy

The bio-digestor along with other energy generation technologies will help the SmartFarm reduce emissions by reducing energy requirements from the grid and help to offset other emissions on the farm.

Research projects being conducted are focusing on a range of improvements including optimising homegrown feed to improve farm operating profit, better health and welfare of cows by reducing the negative impacts of extreme heat events, increased production performance of cows while reducing costs, and sustainably increasing annual milk production through a better understanding of herd nutrition and pasture management.

Technologies to be trialled and demonstrated at the farm include roof-mounted solar panels and battery storage, wind turbines, pumped hydro, temperature management in the dairy and the use of waste for energy.

The Ellinbank SmartFarm is also backed through the Government's $115 million Agriculture Strategy, which aims to position Victoria as a leader in low-emissions agriculture and increasing the adoption of new, effective and fit for purpose technology.

The government plans to open the farm to visitors later this year so farmers can see the technology in action.

"The Ellinbank SmartFarm is a perfect example of the innovative next-generation farming that our Agriculture Strategy is supporting - it's really exciting to see the work being done here to make Victorian farming stronger," Ms Thomas said.

"An important part of the work being done here is making it accessible to industry, so that knowledge can immediately be put to use on-farm - this will mean instant effects on efficiency, productivity and costs."