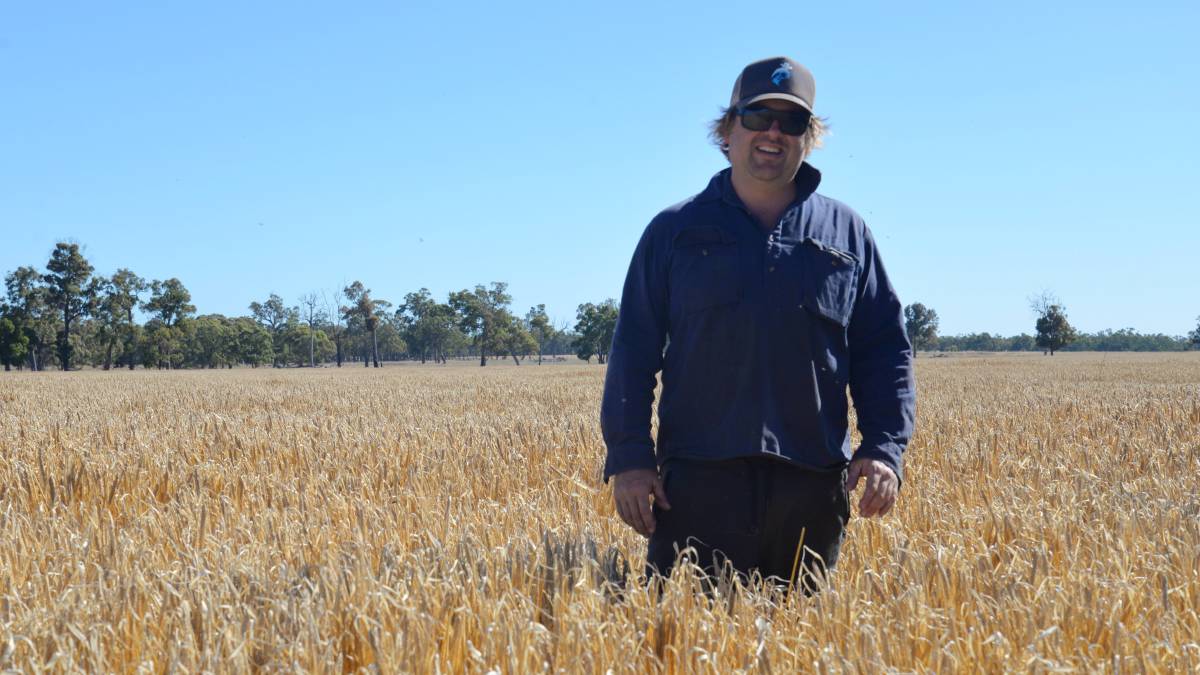 Kieran Allison farms west of Mt Barker and all of his crops went well above the long-term average for the district. Photo by Agworld.

Some growers have enjoyed crops producing 7t/ha this harvest.

EXCEPTIONAL crop yields have been recorded in southern areas, particularly around Kojonup, Frankland and Mt Barker.

Farm Weekly understands that some growers registered about seven tonnes per hectare for barley, 5.5t/ha for wheat, 4t/ha for canola and 3t/ha for lupins.

Independent agronomist Michael Lamond said there had been some exceptional yields and the main impact in that southern area was the lack of waterlogging.

"As you go into the high rainfall areas, growers normally lose portions of their paddocks to waterlogging - they may have parts of a canola paddock, for example, that go 4t/ha, but it's not normally the whole paddock so it averages out at more like 2.5t/ha," Mr Lamond said.

"We've had individual barley yields well over 7t/ha in those areas for a while now, but it's unheard of to have the whole paddock do that.

"On top of that, the rainfall occurred just when they needed it, they didn't get heat shock and there was virtually no frost, so it really goes to show what crops can do without heat, frost and waterlogging."

"That area around Mt Barker, Frankland, Tenterden and even out towards Rocky Gully, they have their best years when it is a bit drier," Mr Dovey said.

"Generally they still get enough rain to get some big yields and the August rain would have put a lot of moisture in the bank, but it's a combination of really good agronomy, good timing of inputs and a reasonable amount of fertiliser.

"They're potentially also cropping land which has been in pasture for a long time, so there is build up of organic matter and nitrogen which certainly helps."

Kieran Allison farms west of Mt Barker and all of his crops went well above the long-term average for the district, something which he owes to the whole package of tools, strategies, management and seed genetics used on farm.

"We had 130 millimetres of rain in August and 84mm in September which set us up really well for grain fill at that stage and took us up to 525mm for growing season rainfall and 650mm total for the year," Mr Allison said.

"I'm really trying to push the limits on everything and use every drop of rain that gets given to us.

"The Europeans grow massive crops and over east they're doing the same, but that hasn't really ventured into WA as much, even on the south coast, so I'm really trying to push that path."

While the single most influencing factor was the lack of waterlogging, it was also a combination of other factors and a change in practice that is evolving in the area.

"There has been a major swing in those high rainfall areas to using things like soil wetters to get the crop up, in the past there has been a reluctance to sow early," Mr Lamond said.

"But the elite growers in those areas are starting to grow crops using very similar strategies to the hardcore croppers in the grainbelt.

"They've also got more confidence to fertilise because they are in a high rainfall zone and that really helps to push the yields."

Frankland Rural agronomist Tim Trezise said the soft finish to the season definitely helped, but growers in the area needed to be commended for what they were able to achieve.

"Temperatures were average for the spring but the radiation was low which tells us that there was no intense heat, so it was a nice cool finish and we also got good rains to finish," Mr Trezise

"There are farmers in the area that have had three or four good years now, so they're getting more confident to strive for better yields in terms of inputs and they're better at setting the crops up.

"These guys need a pat on the back, they've been building momentum in their management, they're using chemicals better and they're getting more confident to use more nitrogen."