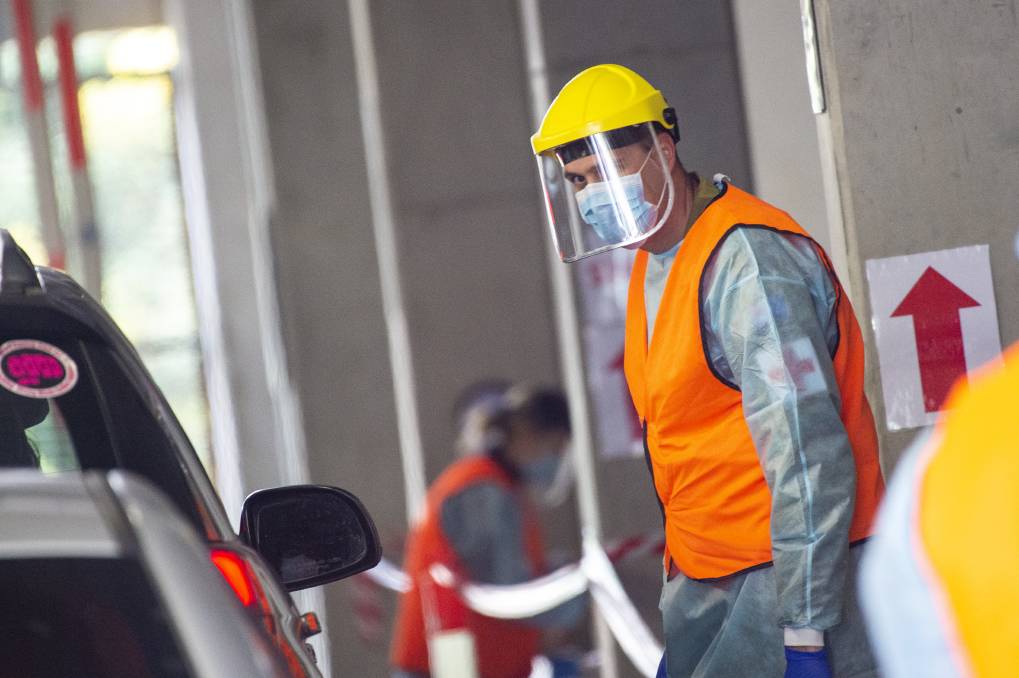 VACCINE PROTECTION: Will Australians no longer see these types of pictures after October?

All Australians wanting the COVID vaccine should get the jab by next October.

Health officials are finalising details of Australia's coronavirus vaccine rollout with jabs expected to be available from the end of next month.

Federal Department of Health boss Brendan Murphy says the rollout will take a long time as it has to be done safely and carefully.

"We aim to have the population vaccinated by October - for those that want to - and then we'll have to see just what the vaccines do in terms of transmission," he said.

"It will be a slow return to normality over the course of this year but we shouldn't be expecting too much too quickly."

Professor Murphy is expected to make an announcement about vaccines on Monday morning with Prime Minister Scott Morrison.

Meanwhile, the Pfizer/BioNTech COVID-19 vaccine has been granted provisional approval for use in Australia by the Therapeutic Goods Administration.

The Administration said on Monday that after an independent review, the vaccine had met high safety standards.

The day marks one year since the first coronavirus case was diagnosed in Australia which has since had more than 28,700 cases and 909 deaths.

In stark contrast, there have been 25 million cases in the US alone and in excess of 400,000 deaths.

As Australia builds up a decent run of days without locally acquired COVID-19 infections, New Zealand has shown the deadly disease can catch you out at any time.

Having gone a whole summer without community transmission, NZ authorities reported a "probable" new case on Sunday, its first since last November.

In Victoria, authorities have asked people to remain sensible and mark Australia Day in a COVID-safe way.

The warning came as no new cases linked to Australian Open tennis quarantine were reported on Sunday while one was reclassified, meaning there are now nine positive cases rather than 10.

The NSW health department reiterated that testing rates needed to be higher, particularly as sewage testing detected coronavirus fragments at Warriewood on the northern beaches and North Head, which takes in Manly.

Meanwhile, the federal opposition has joined the Australian Medical Association in calling for the government to establish dedicated quarantine facilities similar to the Howard Springs camp in the Northern Territory.

Federal Treasurer Josh Frydenberg said no concrete proposals had been put forward by the states.

"We have to focus on the standards of our quarantine system and local communities need to be fully engaged and obviously supportive of such measures," he told reporters in Melbourne.

"We have tens of thousands of Australians stranded around the world, some who have been stuck since the start of this pandemic, and some in increasingly desperate situations," she said.

The story Vaccine focus on coronavirus anniversary as nation gets ready for the big jab first appeared on Farm Online.