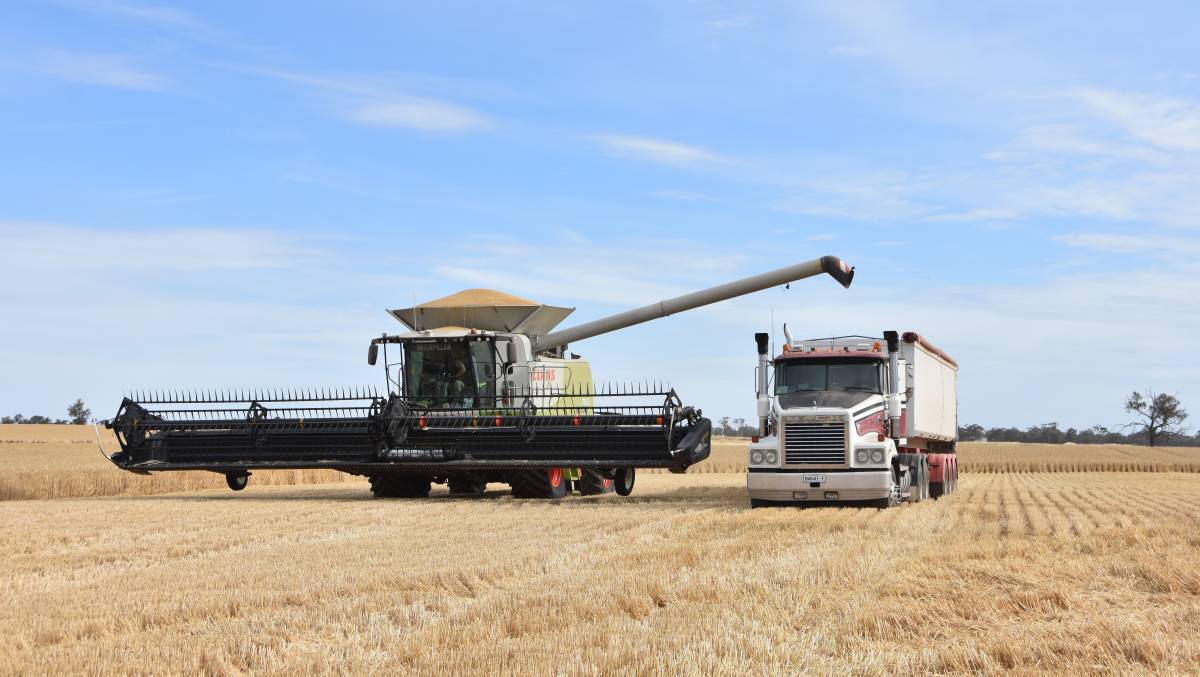 Australian barley producers could be big winners from China's huge demand for grain, in spite of China not buying our barley.

China has shocked the world with the biggest grain buying spree since the Great Grain Robbery of 1972.

WORLD grain markets are struggling to make sense of a monster corn buying spree from China.

The Asian giant ramped up its buying program from the US, taking hold of 5.8 million tonnes of corn last week, including a huge 2.1 m tonnes on Friday alone.

Market analyst Andrew Whitelaw, Thomas Elder Markets, said he believed the last time there had been such high levels of buying in such a small timeframe was way back in 1972 during the so-called Great Grain Robbery when the then Soviet Union bought large stocks of US grain and caused world markets to soar.

Mr Whitelaw said China has bought the equivalent of a year's worth of corn imports in a week.

Predictably, corn markets have soared, with the Chicago Board of Trade March contract hitting the highest levels for nearly seven years at $US5.54 a bushel.

However, there has some surprise that prices have not risen even further given the scale of the sales.

Tobin Gorey, Commonwealth Bank commodity analyst, said there was still a lot of unknowns surrounding the sales and this would be something the market was looking at.

"We have only three solid 'facts'," Mr Gorey said.

"One, China's main corn growing regions were deluged, at a bad time, by rain from three typhoons in a fortnight last year," he said.

"Two, China's local prices for feed grain are very high and three, China is importing a lot of feed grain and doing so earlier than would seem normal."

There has been a lot of conjecture that volumes and quality of Chinese stocks have been hit harder by weather damage last year than was revealed in official stocks reports.

Mr Whitelaw said there was still a lot to figure out in terms of the impact of the sales, but added it presented huge opportunities in the near-term for Australian growers with unsold grain, in spite of the fact grain exporters will be limited by port capacity.

"We need to see how it plays out in time, but even though the sales are not of Australian grain, or even a commodity widely grown in Australia, there are big bonuses for barley or wheat growers in Australia from this news."

He said the buying would also flush out further interest from other buyers noting China's appetite for grain and conscious of snapping up available supplies before they potentially became tighter and prices rise.

This has particular relevance for the barley industry, where Australia is frozen out of the Chinese market, but is indirectly seeing the benefits of Chinese demand, with other nations such as Saudi Arabia locking away big purchases of Aussie barley in recent weeks.

Mr Gorey said part of the reason price rises had not been higher to date were that much of the concern surrounding Chinese stocks had already been factored into pricing.

"The issue in our mind now though is whether China's wave of corn buying is a genuine surprise for the market," he said.

"The market has long been sceptical about the accuracy of China's corn crop and corn inventory estimates.

"Perhaps what is left here is for the scale of China's corn imports to become a lot larger than most expect."

Mr Whitelaw said he was not sure how long the rally would last into the Australian growing season, however he said farmers may be able to take further advantage by locking in new crop values with various derivative products.

"We've had the good fortune to have the combination of a good year production wise in Australia mixed with what are very good prices historically and now there may be a chance for people to also have a look at the new crop and perhaps lock away some of the good values on offer now."