Dry conditions are expected over February 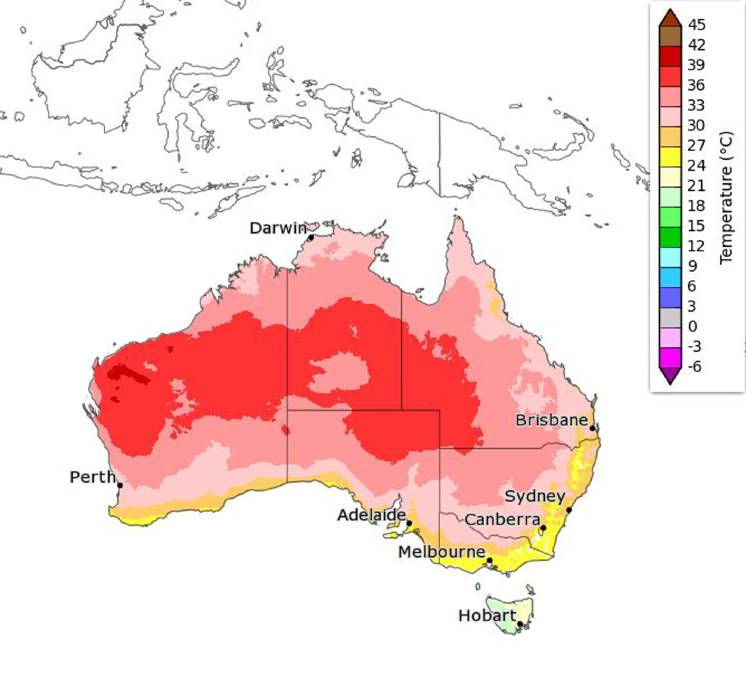 FEBRUARY is expected to deliver little relief to dry conditions for WA by rainfall, according to the Bureau of Meteorology's (BoM) national climate outlook.

Average rainfall for the coming month is predicted for most of Australia, with WA's grain belt looking drier than the Eastern States.

Although, the New South Wales, Queensland and to a lesser extent the Kimberley coasts can expect a wetter than average month.

The Kimberley and Cape York Peninsula has a greater than 60 per cent chance of experiencing above average rainfall in the first two weeks of February.

On the other hand, the Northern Territory, South Australia and inland areas of Qld and NSW are expected to be (greater than 60pc chance) of being drier than normal. 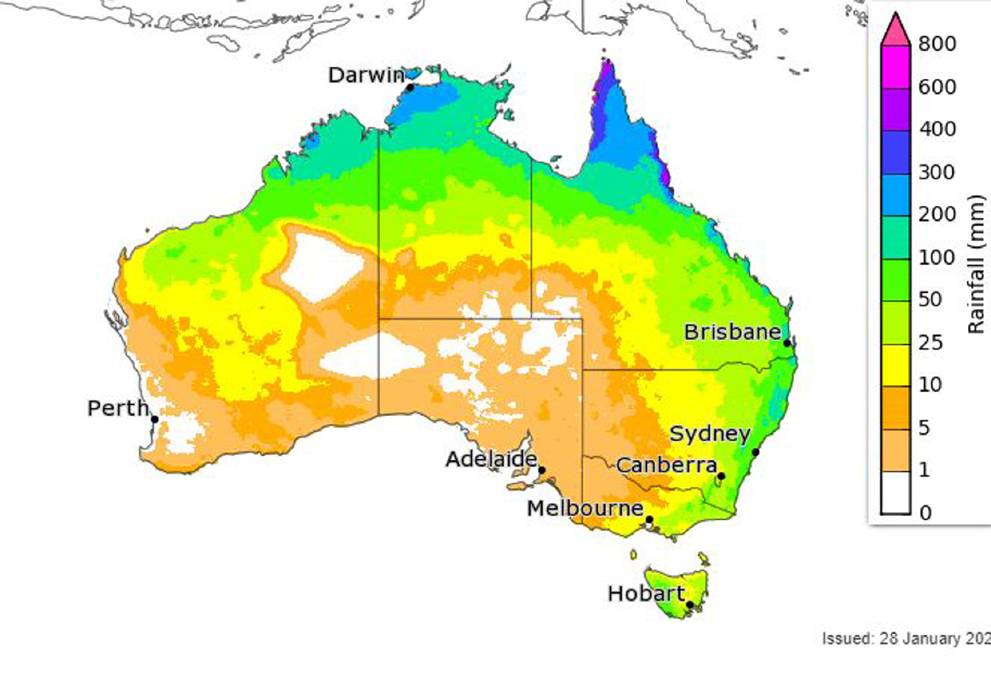 Rainfall totals that have a 75 per cent chance of occurring for February. Graphs by the Bureau of Meteorology.

BoM reported that even though rainfall outlooks may look above average for southern Australia, as many areas have endured very dry conditions, it's unlikely to relieve long-term rainfall deficits for some areas.

Most of the nation's coastline and Tasmania are set (more than 80pc chance) to endure mean maximum temperatures.

The outlook for February suggests a similar pattern, although northern Australia in particular is more likely to have above average temperatures.

Mean minimum temperatures are also likely (greater than 80pc chance) across most of Australia, although the interior of WA, NT and SA have less chance (60-70pc) of experiencing average low temperatures.

For the first two weeks of February, BoM predicted there's a more than 65pc chance that WA will have average high temperatures, while the State's south east has the same likelihood of receiving below average temperatures. 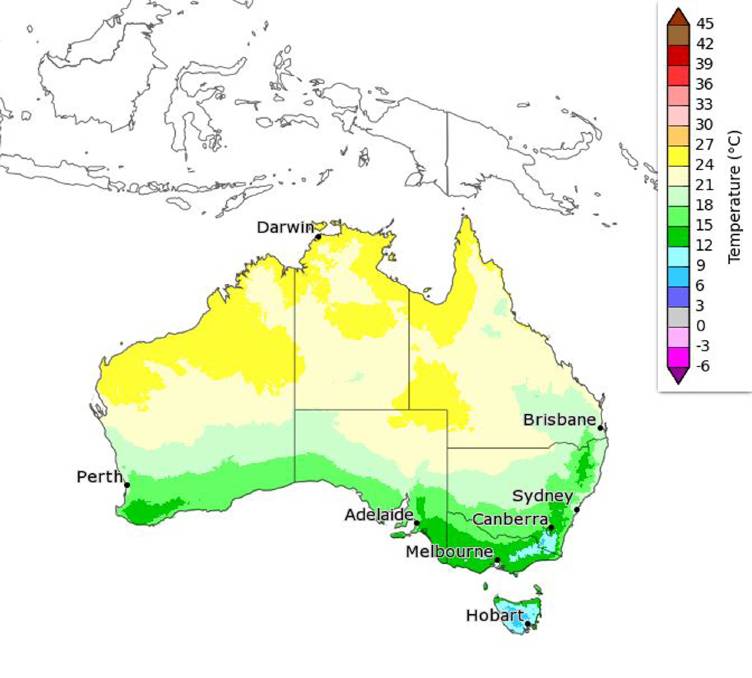