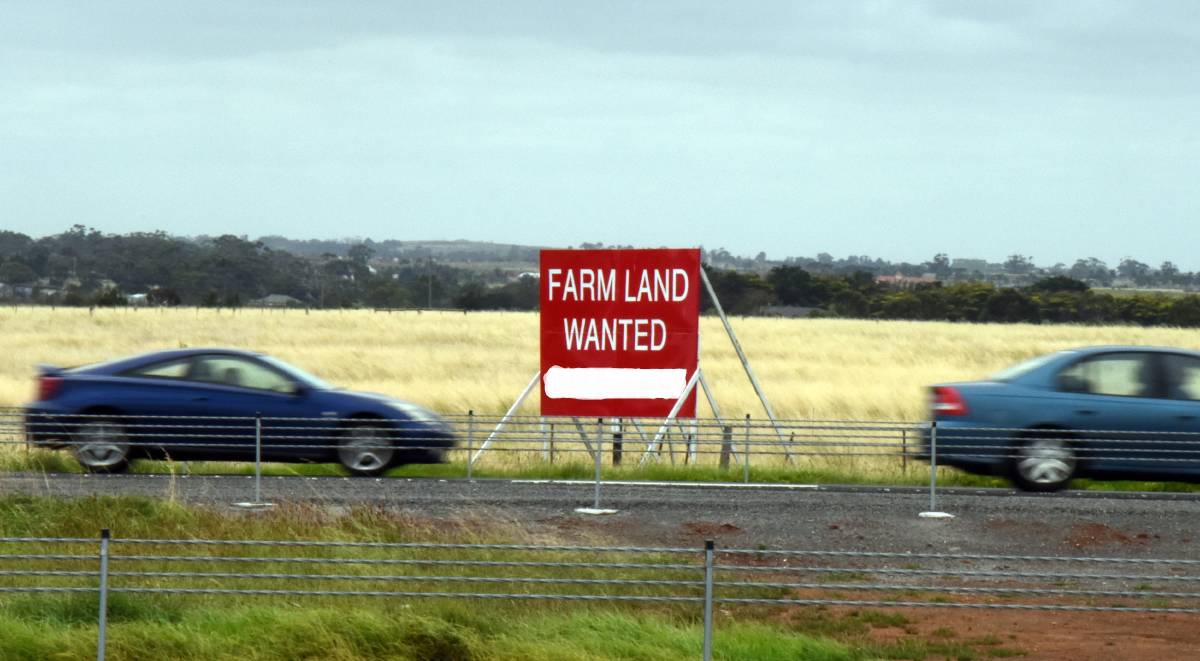 Signs like these are dotted about the approaches to our capital cities, is there any stopping the city sprawl?

OPINION: Is there any stopping the city sprawl, this sign says it all.

OPINION: There's a big red sign on the Western Freeway near Melton about 50km from the Melbourne CBD.

It's the sort of sign you see dotted about the dwindling vacant land on the outskirts of all Australia's capital cities and regional centres.

It also has a phone number on the bottom, which we have obscured, but we'll discuss that later.

You can maybe see at the back of the sign another of the new cookie-cutter suburbs on what used to farm country now lost forever to the urban sprawl.

The sign is a graphic portrayal of a real problem our community has not made inroads into for generations.

Governments, their departments, planners, councils and even the courts are wrestling with this idea of keeping farm land intact.

If we don't? Who is going to feed and clothe us?

But if we do? Where are people going to live?

The Victorian Government has been wrestling with this problem since the 1960s when a 50km planning zone around the city was first introduced to protect "green wedges" and stop productive farm land being chopped up.

Now that zone has failed, the government wants to extend it out to a 100km ring.

The stated intention of this new planning push is to "strengthen planning for Melbourne's green wedges and agricultural land to ensure these areas are protected and supported for future generations".

A document, called "Planning for Melbourne's Green Wedges and Agricultural Land" was out for public comment until February 5. 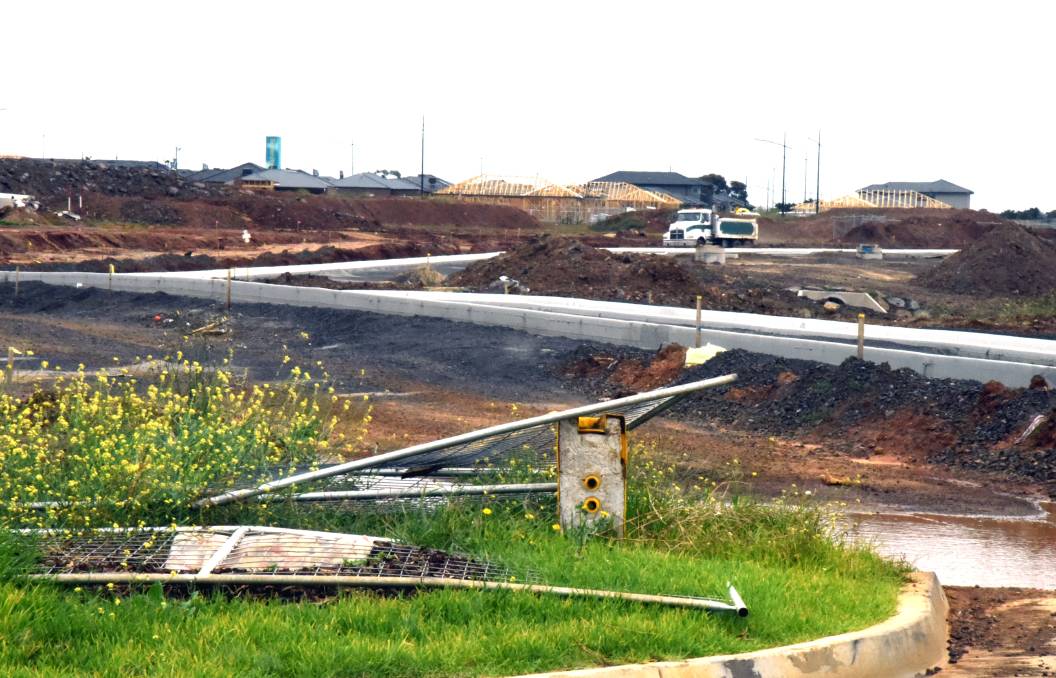 Once a farm, now torn up for residential construction.

Existing planning laws "have not prevented the loss of productive agricultural land to urban uses over time", it says.

Melbourne's population is expected to reach eight million and become Australia's biggest city in the next 30 years.

So where do they all live?

A farm on the other side of Melbourne, in the south-east at Nar Nar Goon, sold earlier in the month for more than $80 million.

A developer bought the 83ha farm, and some other surrounding blocks, to create yet another suburb containing a thousand or more homes.

A big pay day for the farm family, but more farm land lost, land that is not supposed to be lost.

The New South Wales Government is struggling with the same issue.

This week NSW Agriculture Commissioner Daryl Quinlivan said part of the problem in protecting farm land was figuring out if it was being farmed or not.

Mr Quinlivan said he would be recommending to the NSW Government there be a more comprehensive method of identifying agricultural land and classifying it to apply appropriate regulatory regimes.

Some of those regimes might mean telling the farmer what to do on their own land.

In the Victorian example, it would mean losing the freedom of building a house on their property without having to prove their case to a council or some other tribunal.

More lip service from the authorities about protecting farm land.

Their track record is pretty dismal so far, most times it is left to poorly resourced councils to try and figure it out.

Is there any stopping the sprawl short of closing Australia's doors to new arrivals?

We'd like to see some examples where a residential development has been stopped because farm land was going to be lost?

Otherwise all these planning musings are just words in a document designed to gather dust until it's needed to wave about to say, you see we tried to do something.

And finally, back to that sign, yes we called the number several times, and sent messages, wanting to know what they wanted the farm land for exactly.

No reply as yet.