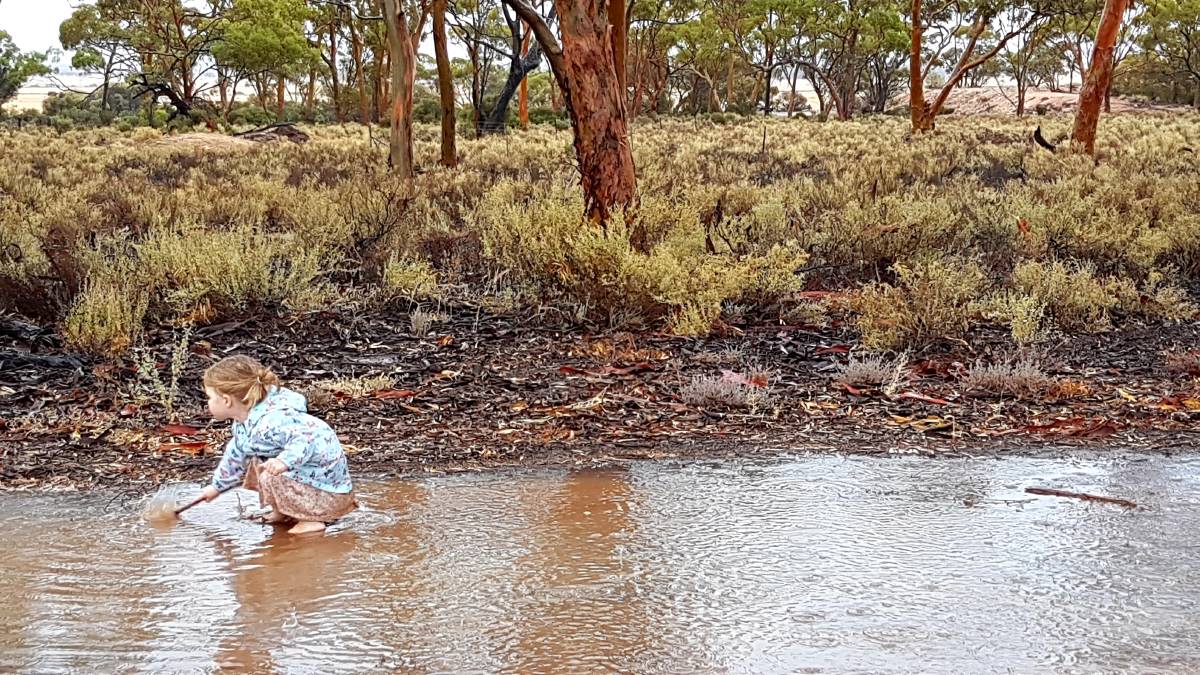 Ruby Uden, 2, loved playing in the puddles on her grandfather's farm at Karloning. In total 65.5mm of rain was received from the two weather events. Photo by Julie Uden.

Parts of the eastern Wheatbelt benefited from last week's rain.

WHILE the tropical low was the big weather event of the past couple of weeks, it wasn't the only one, with a small cloud band also delivering rain to the eastern Wheatbelt last Wednesday.

Between the two weather events, a lot of the Wheatbelt received double digit falls over the past 10 days, with many farmers hitting the summer rain jackpot with more than 40 millimetres and up to 70mm or more in some areas.

Bureau of Meteorology spokesman Neil Bennett said the rain in the middle of last week really impacted a small line of towns in the eastern Wheatbelt, mainly stretching from Kalannie to Koolyanobbing,

"It was a combination of a bit of moisture being injected from the tropical system up north interacting with a trough moving up in the middle part of the atmosphere, through the southern half of the State, and dragging that moisture down," Mr Bennett said.

"We saw this slow moving cloud band sitting over the top of this small area and producing very heavy rainfall."

Last week, Cleary farmer Tanya Gibson received 38.5mm and on the weekend there was another 26mm, taking her to 64.5mm of rain over five days. 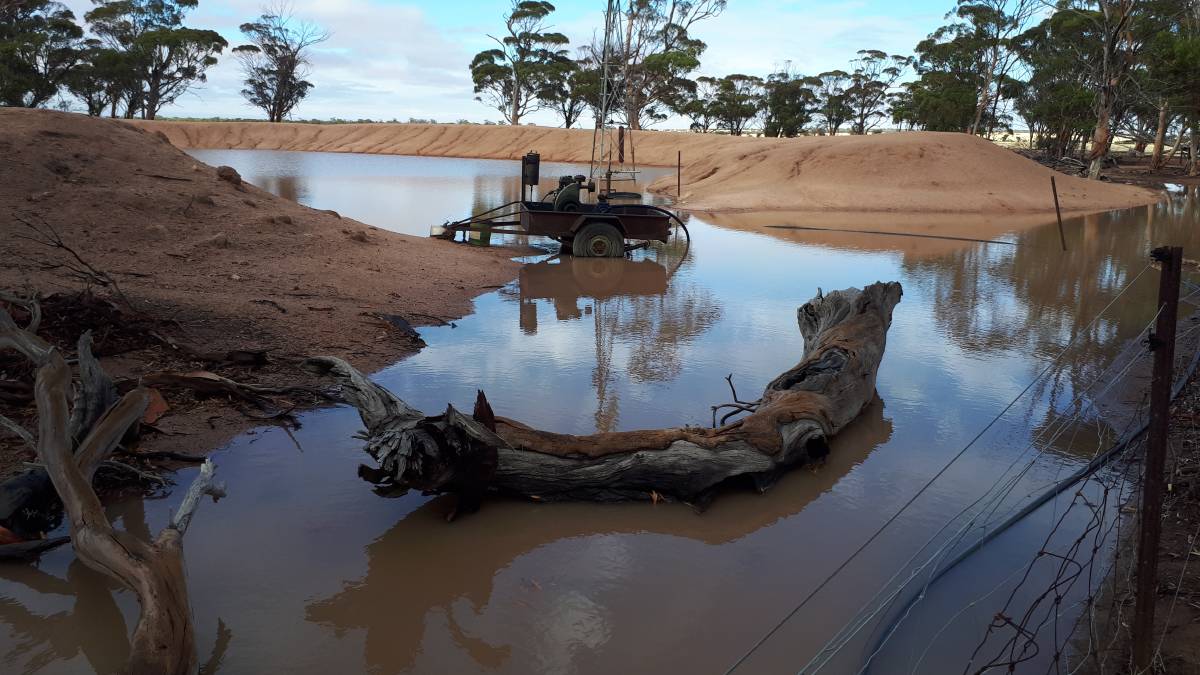 "We were very dry, there was no feed for the sheep and the dam was empty, but the rain will bring out some weeds and some feed, plus the subsoil moisture will also pick up which is excellent," Ms Gibson said.

"At the beginning of the month, everything was so parched, the sorghum that was out there was growing in patches because it was so dry, but that has picked up already.

"Before the rain it was impossible to plough and you couldn't get the disc into it, after the first rain I got on and it was a little bit easier, then my husband got on on Sunday and it was beautiful."

While the falls earlier last week were welcome, a follow-up rain was needed if they were going to be of any value.

On the weekend, the heavier falls from the tropical cyclone were further to the west, but those areas that did get rain last week did receive a little extra as well.

"The rain was pretty widespread and the good news with it not obtaining tropical cyclone strength is that there weren't the really damaging winds," Mr Bennett said.

"Tropical systems deliver a lot of rain, they don't happen all that frequently in areas like the southern half of the State, but when they do they bring some very good rainfall totals. 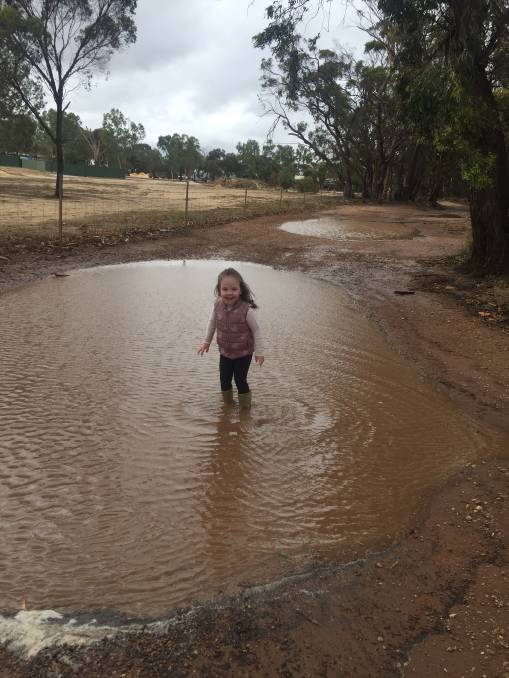 Pieter du Plessis, a farmhand at Mount Yule, about 27 kilometres north of New Norcia, said they received about 63mm of rain from Saturday morning to Sunday afternoon.

"It was very dry before this rain and water for sheep and household use was pretty low," Mr du Plessis said.

"Luckily after the 63mm some dams and soaks have come up a fair bit which is a massive relief.

"On the cropping side of it there will be a good germination of weeds and some of that moisture will be stored as subsoil moisture which will be a great start to the seeding season." 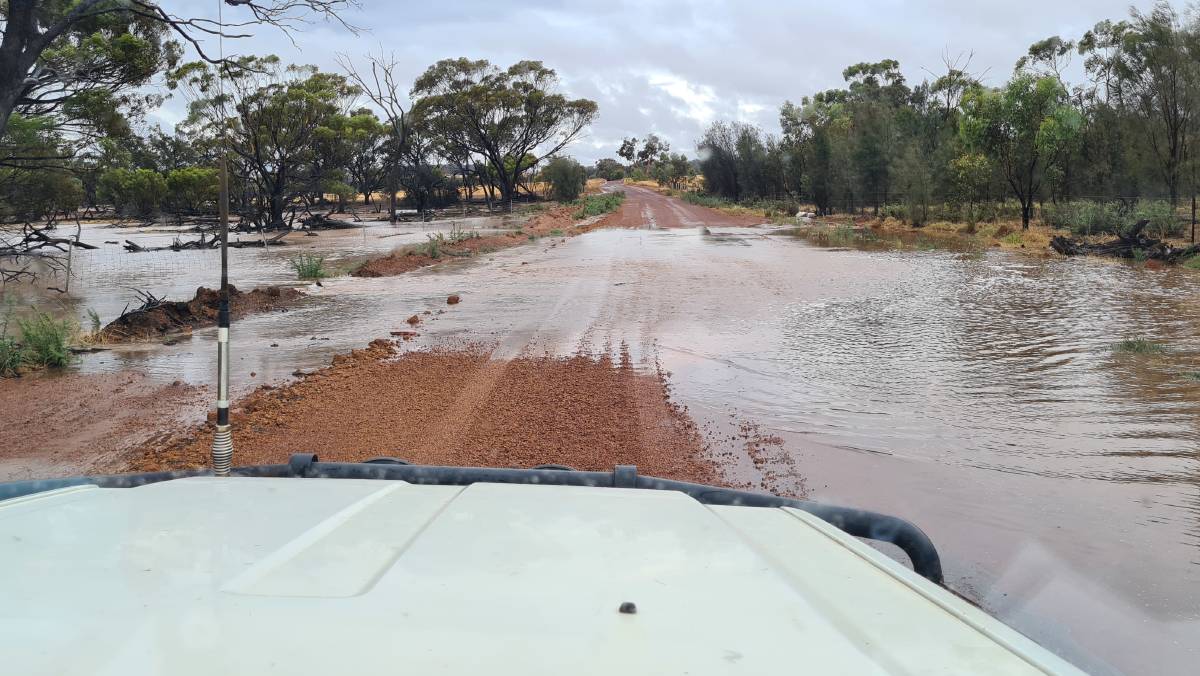