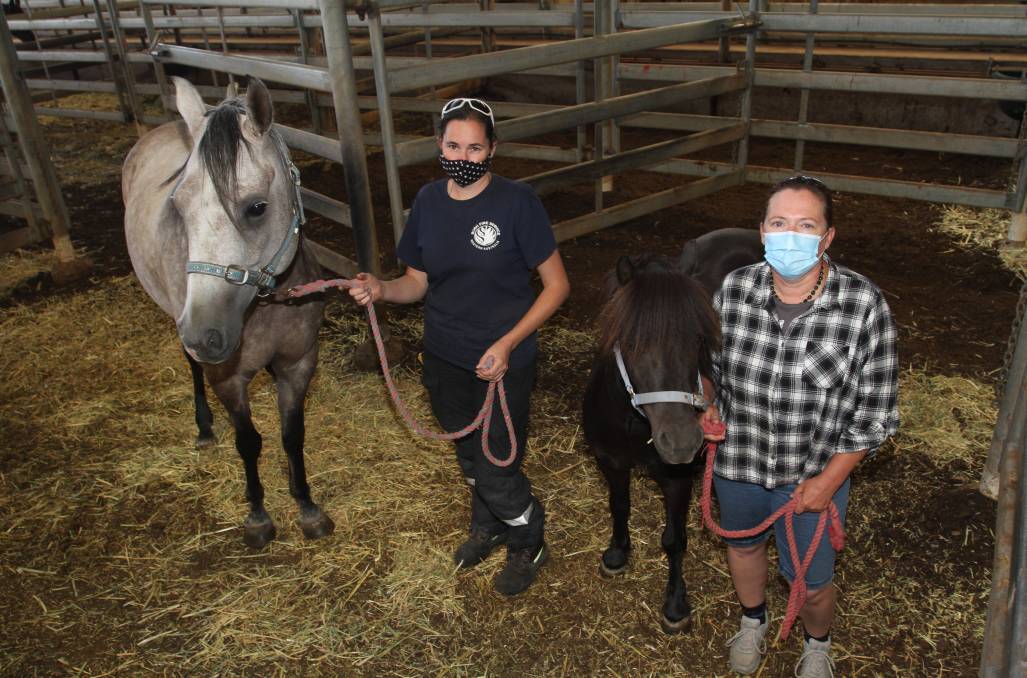 Horse owners Leanne Bauerle (left), Lower Chittering and Alison Maclean, Bullsbrook, with Ringer and Charlie, which were among hundreds of horses evacuated to the Muchea Livestock Centre due to the bushfire emergency last week.

The Muchea Livestock Centre was a safe haven for horse owners during fire.

LEANNE Bauerle, Lower Chittering and Alison Maclean, Bullsbrook, were among the many horse owners to use the Muchea Livestock Centre to shelter their animals amid the bushfire crisis.

Ms Bauerle said when the Shady Hills Estate reached the bushfire emergency warning level late on Monday night of last week, she collected Ms Maclean's horses for her, as she was still making her way home from Geraldton.

"I took Alison's horses to my place which was at a watch and act level but by Wednesday we had all of our horses at Muchea," Ms Bauerle said.

"Even though we were still at watch and act, with the potential of the fire spreading, we decided to evacuate early and I could go and help fight the fire."

Ms Bauerle and Ms Maclean said the support from the community and volunteers had been heartening.

"A lot of people and businesses have donated stuff," they said.

"People that don't have horses still wanted to help out and have been helping feed the horses and mucking out the pens."

The initiative was largely co-ordinated by Muchea Livestock Centre's animal welfare and compliance officer Dwayne Stone who said they had a massive response from the community since opening the centre to affected people and their animals.

Horse numbers were down to about 80 at Muchea on Friday afternoon but reached 230 horses and a few alpacas and sheep during the week, along with a lot of owners camping out in their floats.

The planned cattle sale at Muchea on Monday of this week was cancelled as a result.

Mr Stone said they were contacted by an EaseWA representative to see what animals could be accommodated and with WAMIA chief executive officer Greg Lott, the decision was made to open the gates as an evacuation centre.

"Then it was getting the message out there as quickly as we could," Mr Stone said.

"Horse numbers peaked at about 230 on Wednesday, which were mainly from the Swan Valley, Bullsbrook, Shady Hills Estate and The Vines area.

"Since areas have been downgraded to watch and act, people are leaving to check their properties and returning to collect their horses." 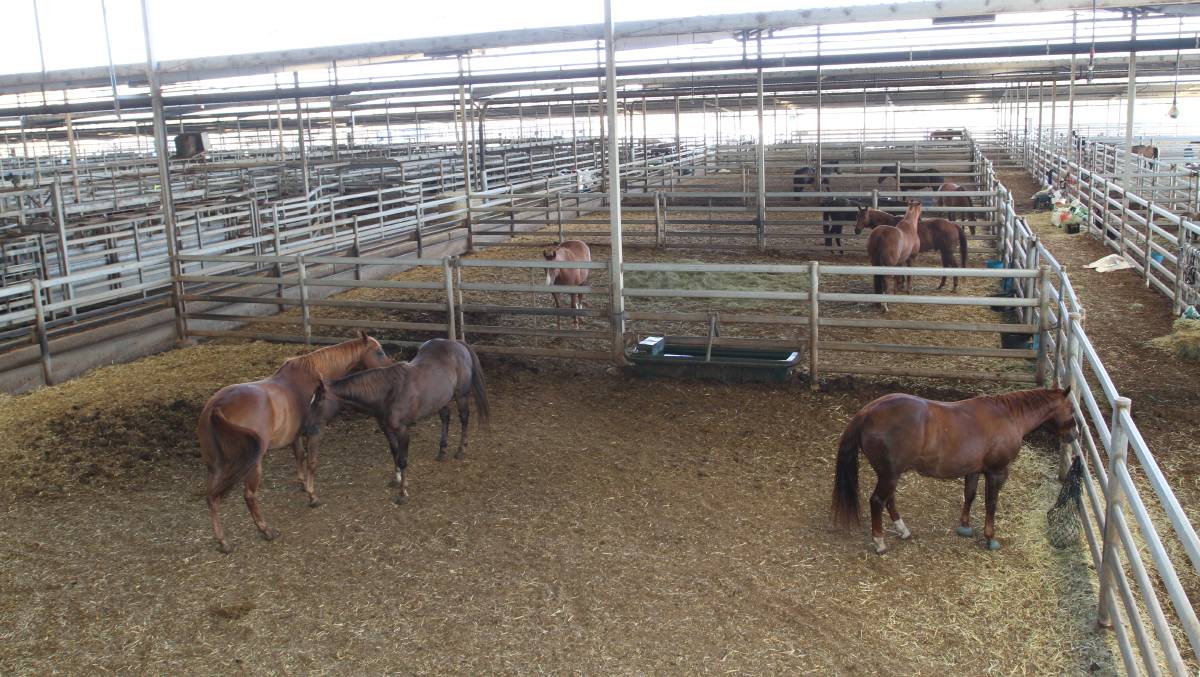 Mr Stone said the support from the community and businesses has been amazing.

"We have been overwhelmed with the hay and horse feed donated," he said.

"People have just been randomly dropping off anything to help from feed, to feed bins and hoses, the Geraldton community got together and delivered a truckload of supplies and local businesses have donated food.

"Once the fire is deemed safe and all animals returned home safely, any leftover supplies will be donated back to the community.

"Hopefully we can get someone to offer to truck it to places still holding horses or people affected by the fires." 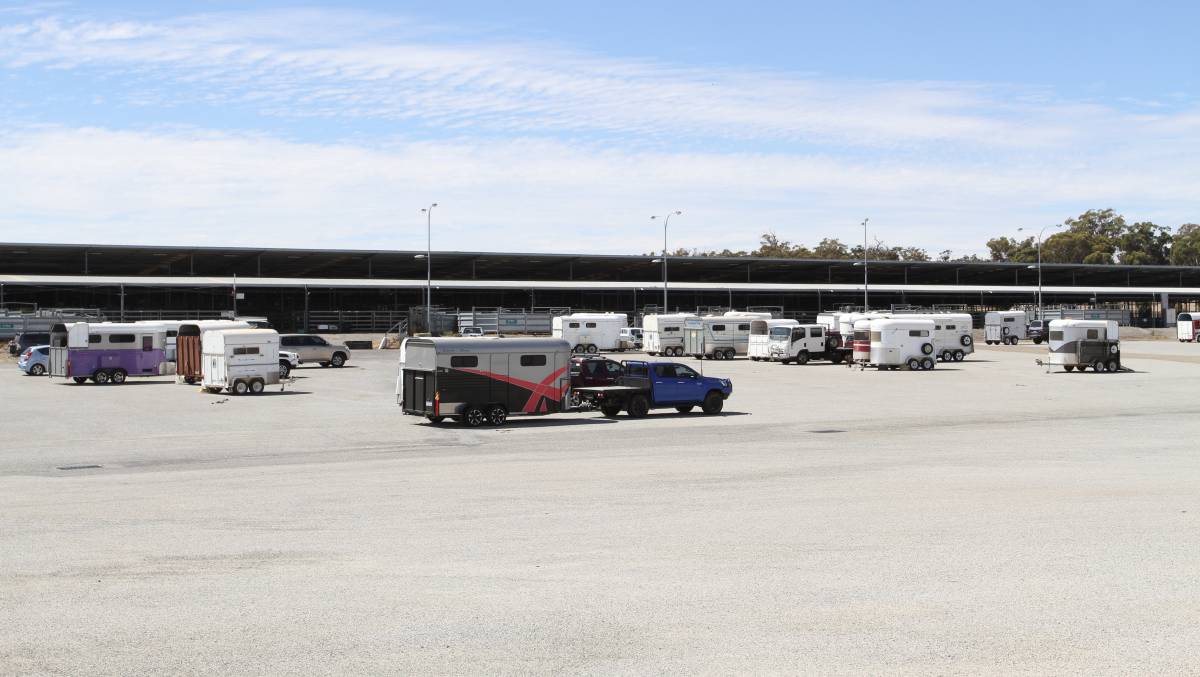