Two WA reps will oversee the 2021 WoolPoll later this year. 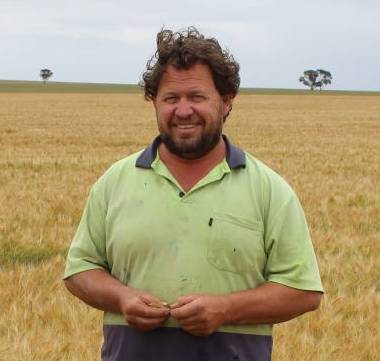 TWO Western Australian wool industry representatives have been selected for the eight-member panel which will oversee the 2021 WoolPoll later this year to determine the amount of the next wool levy.

Corrigin woolgrower and a Claypans stud principal Steven Bolt was selected as an Australian Association of Stud Merino Breeders nominee.

The other WA member Michael Wright, who manages a large sheep operation near Boyup Brook, was nominated by the Pastoralists and Grazier Association of WA.

Australian Wool Innovation (AWI) announced the appointment of the 2021 WoolPoll Panel this week.

The members were chosen from 12 nominations provided by the Woolgrower Industry Consultation Panel (WICP).

Apart from determining the amount of levy to apply from July 1 next year, Mr Bolt, Mr Wright and the other panel members may also be called on to oversee public consultation with woolgrowers on possibly extending the WoolPoll timeframe from every three years to every five years.

One of 10 recommendations from last year's review was that woolgrowers be consulted in conjunction with WoolPoll 2021 on their preferred timeframe for WoolPolls.

The recommendations also argued AWI directors should no longer be allowed to sit on WoolPoll panels and AWI has abided by that with the 2021 panel.

WA has usually had a representative on previous WoolPoll panels and WA woolgrowers led a successful campaign at the 2018 WoolPoll to cut the wool levy for the first time from 2 per cent of wool sales revenue to 1.5pc.