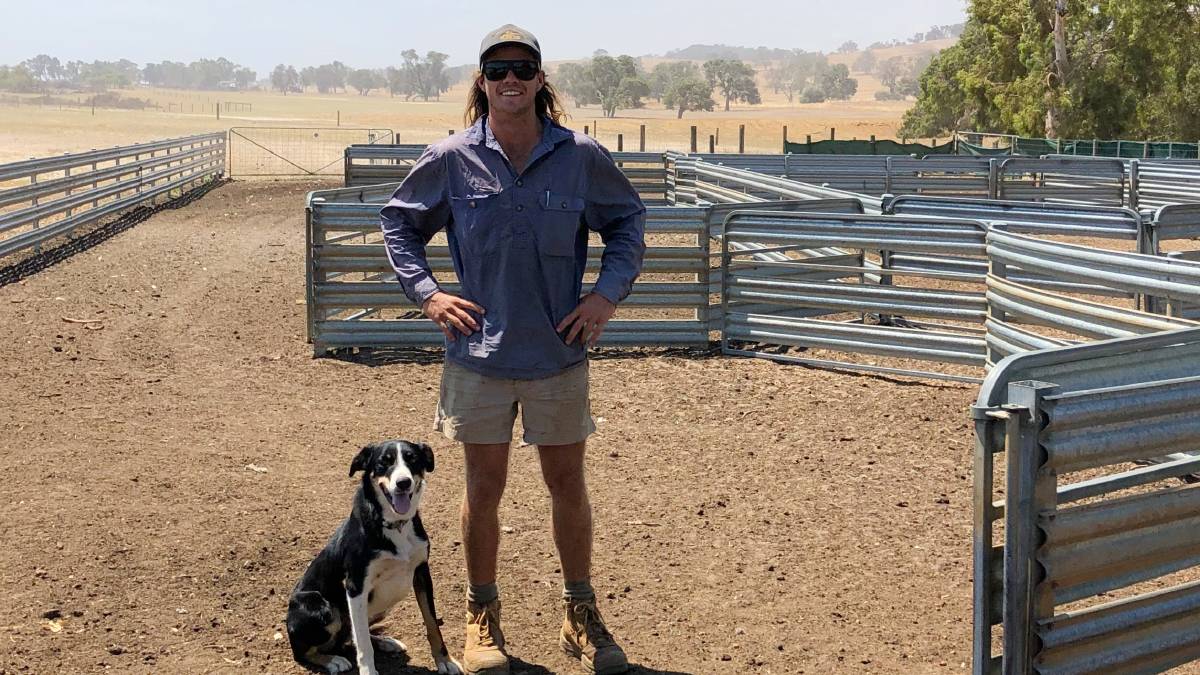 Ryan Skamp, with his dog Bailey, has leased a 40 hectare property with his fiance.

RYAN Skamp was just 19 when he leased his first farm - it's an achievement for anyone, but even more impressive for a guy who grew up in Perth and didn't move to the country until he was 17.

Mr Skamp had a typical city upbringing - he went to a local primary school in Victoria Park and played a bit of sport before starting a carpentry apprenticeship at the age of 16.

After a year in the role, he was offered a job at Badgingarra, a town he had never been too, so he transferred his apprenticeship and moved in 2018.

"It was a self-inflicted experience - I was happy to take on the challenge but it was certainly really difficult at times," Mr Skamp said.

"The community embraced me really well, but I wasn't 18 yet so I couldn't go to the pub and I found that a lot of the socialising in country towns happens at the pub.

"It was a different social circle to what I was used to but I tried to adapt the best I could - there were a lot of young blokes around who took me under their wing and a lot of people went out of their way to help me."

Having never lived in the country before, it didn't take Mr Skamp long to figure out it was where he belonged and while he did finish his apprenticeship at the beginning of last year, he also quickly learned that he had a passion for agriculture and stock work.

"The whole country lifestyle was something that I always wanted and when I moved out here, I realised that my biggest passion was livestock," he said.

"I do a lot of weekend work around town for some older blokes, I go out and help with their stock work with my own working dogs, so a lot of blokes in time know me as someone who is willing to help them out."

In April 2019, Mr Skamp and his now fiance - who is the daughter of the man he did his apprenticeship under - leased a 40 hectare farm with a homestead. 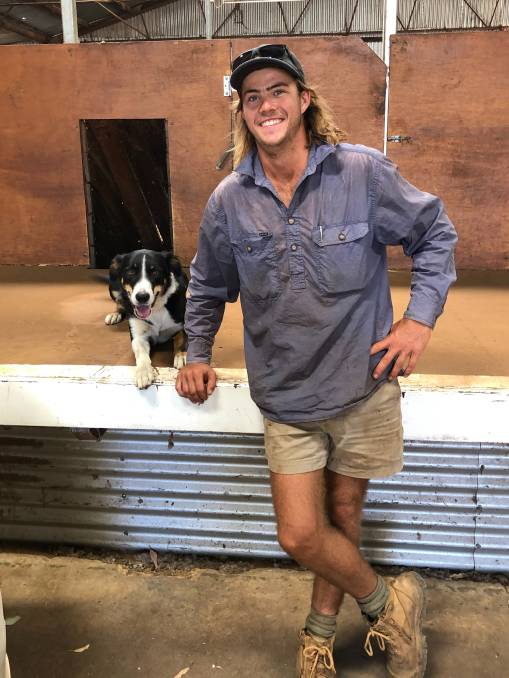 Mr Skamp bought 150 ewes off a mate's family, the Kennys, and set about working full-time to finish his apprenticeship while also managing his stock.

"That was my first project and I enjoyed having something to do when I got home from work - it was interesting balancing the two but it was definitely worth my time," he said.

"I sold the sheep when the prices went up over east, so I totally destocked and now I'm letting a bit of feed grow before getting back into it next year.

"I put a few lupins with some fertiliser out last year and I'll probably put a bit of clover out this year, but there are a lot of good grasses that grow on the property naturally."

After completing his apprenticeship, Mr Skamp decided he wanted to focus on training as a stockman and got a job at Black Arrow Agriculture in Hill River.

In that role he had a mentor by the name of George Large, a 75-year-old on the brink of retirement who Mr Skamp credits with teaching him everything he now knows.

With Black Arrow having been sold to Andrew Forrest and the official transition happening this week, it was time for Mr Skamp to move on and he starts a new role with a local family, the Fitzgeralds, next Monday.

"They run a mixed cropping and livestock operation with a heavy focus on Angus cows, plus they're trying to get their sheep numbers up, so there will be a lot of stock work," he said.

"They also cut a lot of silage and hay for feed production, so I think I'll get involved with a bit of that as well."

Looking to the future in the short term, Mr Skamp plans to focus on his new job this year, before buying sheep for his own property in 2022.

"Last year I got ewes and mated them, selling them off as mated ewes," he said

"I'm not sure what I will get next time and that will depend on the market, but I will consider buying ewes again and breeding them on.

"I am a sheep man, but I'm going to look into getting a few cows as well as they help each other and eat different grasses, so it's a good idea to run different types of stock."

When it comes to his long-term goals, that's simple - Mr Skamp wants to lease more land and turn his own farm from a hobby into a full-time job, all by the time he's 30.

For him, that involves leasing about 2000 hectares for a mixed cropping and livestock operation that would be dominated by a stocking program, including 2500 ewes and a feed program.

"I didn't grow up on a farm but no one in Badgingarra really cares as long as you show that you can work hard, so there is a real mutual respect," Mr Skamp said.

"I plan to call this place my home for a very long time, for me the farm is somewhere I want to raise my kids and I want to provide that life for them."