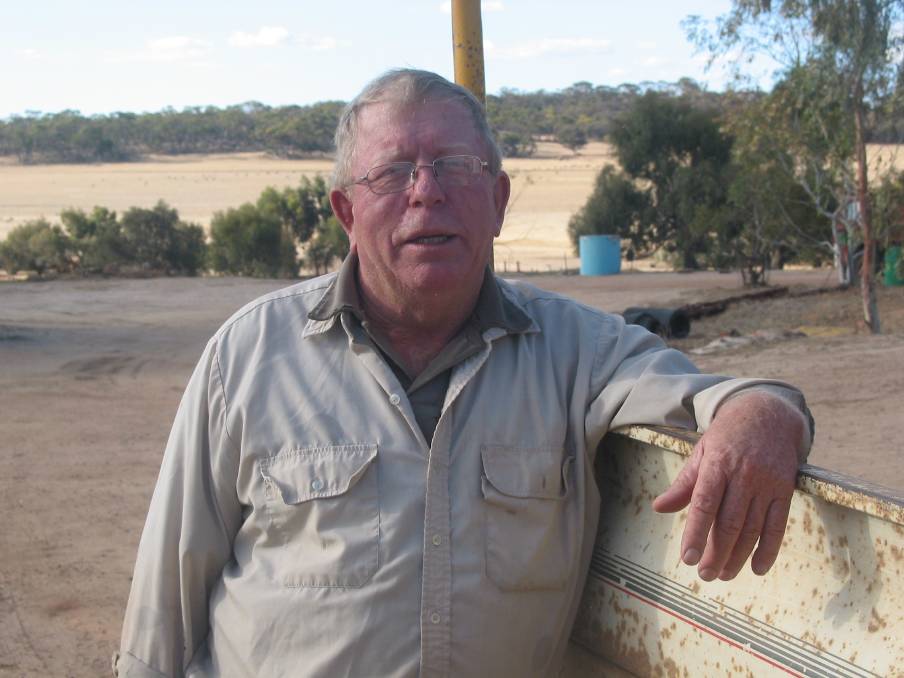 East Pingelly farmer Ray Marshall has been a grower advocate for 25 years.

Reflecting on challenges ahead for WA grain growers

THE greatest thing about our democracy is we are able to express an opinion.

The other great thing is we can either agree or disagree and/or be proactive rather than reactive and to then have the opportunity to offer better solutions and/or outcomes.

In other words, we can easily determine the problem but finding a suitable solution, is the fine art of good governance.

After 60 years as a 'coal face' farmer and 25 years as a grower advocate, I have seen grains industry things come and go.

One of my most disappointing aspects of being a farmer is the lack of recognition, acknowledgement and understanding by all tiers of Australian governments and the wider community.

For example, broadacre grain and livestock agriculture in Western Australia is the second largest industry apart from mining, injecting billions of dollars into WA's economy.

The 3800 WA growers sowed 8.5 million hectares of crop (2020-21), despite farming some of the poorest agricultural land in the world, receive varying winter rainfall (2020 winter rainfall was only 200mm at east Pingelly) and still produced a 16 million tonne 2020/21 grain crop.

WA grain growers by virtue of their ingenuity, willingness to take risks, the adoption of IT precision machinery and at the same time protecting their environment and their natural resources (e.g. soil) should be applauded.

WA farmers are very good at what we do.

Please refer to below as to the issues and challenges which in my opinion (and you may disagree), will need to be addressed going forward into the next decade or so.

CBH and its future

Essentially the future of CBH is up to the WA grain grower members and the expectations you wish your company, CBH, to perform in the best interests of your grain growing business.

I acknowledge the demographics and therefore challenges within the WA grains industry have changed dramatically in the past three decades.

In the late 1980s into the early 90s there were about 15,000 growers (CBH have a membership graph) delivering grain to CBH's 200 plus receival points, whereas in 2021 we have only 3800 grain growers and deliver to about 100 receival points.

This brings into question the principals of co-operatives where every grower is equal irrespective whether you/I have delivered 500, 5000 or 50,000 tonnes of grain into the CBH system.

Can CBH adapt to a grain receival scenario which has fundamentally changed in the past 20- 30 years and retain co-operative principles?

I believe this to be the challenge CBH now faces.

There is a Canadian publication titled 'Why large co-ops fail'.

It's worth a read as it relates to Canadian Grain Co-op failures.

It is my strong view that CBH reverts back to their core business of nearly 90 years - that is receiving, testing, handling, storing securely and the dispatch of WA growers' grain.

Their record of non-core investments is very poor and the grain marketing arm should at least operate its own account book, essentially to show its ability to trade profitably either by pools and/or cash trading.

I am not sure vertical integration works within a co-operative.

Irrespective of constitutional interpretations or how many grower directors per zone or how many directors with special expertise or CBH boast, it is the cheapest grain handler in Australia.

CBH needs to remember its fundamental priority is to understand it is a service industry to WA grain growers and not the other way around.

WA grain growers provide (GRDC since 1992) to the above organisations about $100 million per annum from their crops.

Most growers support the principles of research and development and new grain varieties, providing there is an increasing return on the investments made.

The WA Grains Group (WAGG) by virtue of it publication, 'The Inconvenient Truth' clearly shows there is little in return from the above statutory levy investments.

If we take a look at the critical breakthroughs in crop growing of the past three decades, this would be my list.

a) No-till and/or minimum till knife point seeding machines and procedures.

c) Fertiliser and lime usage trial, which have been ongoing for the past 50 years.

In my view, the money taken from growers, just creates other organisation/s and entrenched bureaucracies which provide little in return to the grower.

'The Inconvenient Truth' certainly reveals this.

When preparing your annual reviews, be aware of the statutory levies and end point royalties you pay and the financial returns which may or may not benefit your business.

As an added comment the State Industry Funding Scheme takes 25c per tonne of grain and 12.5c per tonne of export hay as a levy for various funding measures namely Skeleton Weed and Bedstraw control.

The levy is not statutory as you can opt out, so you do have a choice.

It has always been my view inside our farmgates we are very good at adapting to the latest grain growing techniques and new varieties.

The shame is as soon as you drive your produce over your cattle pit is when you lose control of costs incurred, levies to pay, quarantine risks and the costly red and green tape which imposts on all our bottom lines.

During my time as a grower advocate we often discussed: "How much money did we put in growers pockets today?"

The short answer was invariably none.

Second question was: "How much money did we save the grower from the "greedy fingers' of whoever?"

The short answer was some but should/could have been more.

My observations suggest growers are reluctant to become engaged in agri-politics.

I acknowledge some of the agri-politcal outcomes over the years could be seen as a good idea at the time but as always, time moves on and the used by date expires (e.g. statutory marketing).

The WAGGs have detailed some anecdotal figures suggesting since wheat de-regulation, growers are better off by some $3 billion. I have already mentioned statutory organisations which in my opinion need to be reviewed to make sure they are still relevant to your business.

One thing I do know, it's governments and politicians who create and/or change the rules.

It has been my experience the Eastern States' agri-political grain industry organisations give very little consideration to WA growers as they do not comprehend or understand our focus is 95pc on export markets, whereas their primary focus is on their domestic markets.

At the end of the day

As I said at the beginning we are all entitled to an opinion.

Far be it that I have all the solutions for the short comings in our grains industry, but at least I have alerted you to the challenges which may lay ahead.

It has always been my opinion the basic fundamentals of farming/agriculture have not changed, i.e. the crop growing triangle of rainfall, nutrition and weed/predator control.

Of course we now farm three to four times the area our fathers did.

Instead of 7-10 million tonne crops, we are now achieving 15-18mt and I would predict given the right season, 20mt could be achievable.

I have made the decision that at the end of 2021 my grower/industry advocacy will come to an end.

I am a great believer in succession plans and hopefully there will be a grower who is willing to step up to the plate.

I am more than willing to give them a hand and to pass on any advice which may be helpful in the transition.

I will certainly be retaining my membership of the WAGGs.