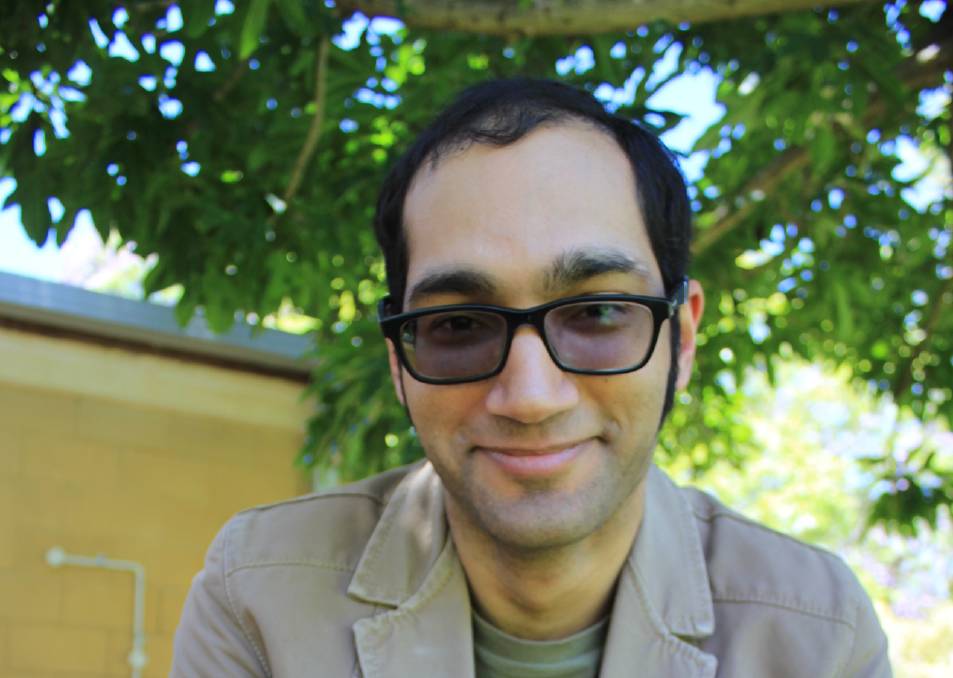 UWA PhD student Atbin Mahabbati is developing a model to estimate soil moisture at different depths across the Wheatbelt.

A MODEL which would estimate soil moisture at different depths across the Wheatbelt is under development by a PhD student at The University of Western Australia (UWA).

The model, designed by Atbin Mahabbati, works by using two types of satellite images as well as ancillary data - including new methods to gap-fill meteorological data and important fluxes such as the carbon dioxide flux which Mr Mahabbati is also researching - if needed.

The aim is to develop the model in such a way that it needs minimum input features, which are available for the entire region.

"The first is analysing the consequential effects of the surface moisture, captured by satellite images, on the current soil moisture in depth," Mr Mahabbati said.

"The second is mapping the surface moisture to the different depths, down to two metres, and the entire Wheatbelt region.

"In other words, the model provides a daily 3D map of soil moisture at the resolution of 100100 squared metres."

Generally speaking, the model will help farmers in almost any case where they need a good estimation of soil moisture.

For instance, farmers could find the best time for planting, whether the soil moisture is enough, and the most suitable time for applying fertilisers.

These timings have a huge impact on optimising costs and knowing the timings can have a big effect on maximising production and benefits of farms.

Mr Mahabbati said the model he was working on was going to be a tool for WA farmers to improve their efficiency, which would hopefully be a big step towards precision agriculture.

"A prominent factor in efficiently using fertilisers, at least in some cases, is to make sure that the soil has or will receive enough moisture," he said.

"It is in situations like that where such a model can be really helpful."

The plan for the model had already been provided in detail and the coding part started in mid-January.

Mr Mahabbati has been co-operating with two programmers from UWA's computer science department to finalise the model as soon as possible and the whole project is expected to be done by September.

As for the farmers, it might take longer since intensive quality control is needed in order to ensure the model is reliable and robust enough.

Mr Mahabbati hopes that by receiving support from the State government, or other industry organisations, WA farmers will have access to the model in the second half of 2022.