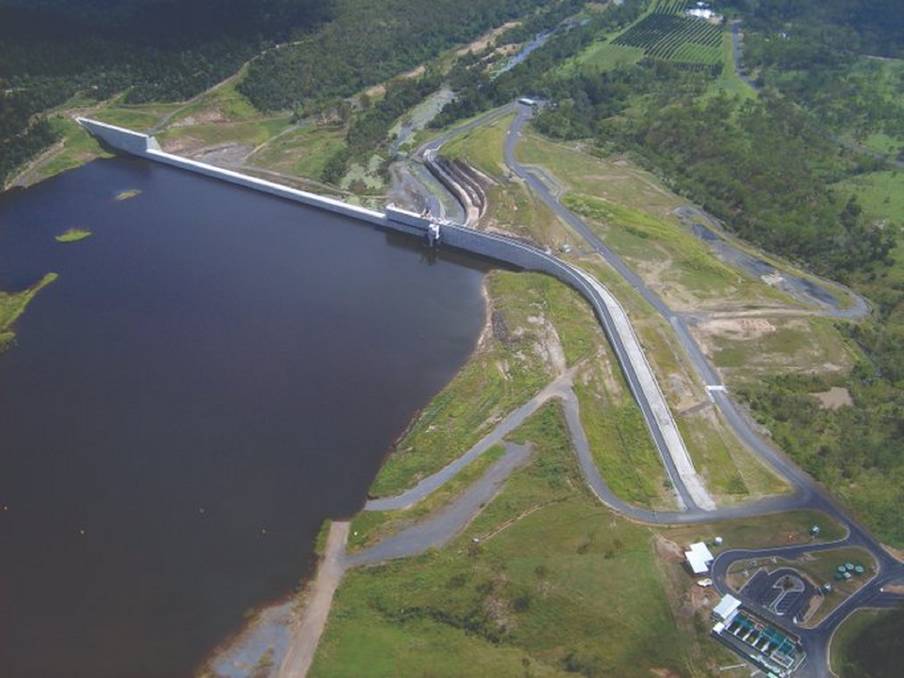 Bundaberg irrigators are concerned about a lack of access to water out of Paradise Dam, in Queensland, after June this year, putting produce and jobs at risk.

In September 2019, in the middle of a record and ongoing drought, 105,000 megalitres of water was released from Paradise Dam.

Without any consultation, the entire Bundaberg community was broadsided as the government announced that the dam would be lowered by 5.8 meters - from 300,000ML to 160,000ML.

The government's spin machine went into overdrive, scaring the community of Bundaberg witless that Paradise Dam was at risk of failure.

A region that produces 25 per cent of Australia's fresh produce, and is now home to some of the biggest macadamia and avocado plantations in Australia due to its water security and reliability, has sat for 18 months waiting for a solution.

Today, after little summer rain inflows, it appears the dam that helped drive one of the biggest and most sustainable agricultural regions in Australia will be empty by June.

The Queensland Government, which won the last election on a sole campaign of scaring everyone about the risk of COVID-19, is still justifying its decision to gut Paradise Dam and all the prosperity, jobs and security it brought to the Bundaberg region - on the basis of "keeping Bundaberg safe".

The problem with this position is that a $12 million commission of inquiry found that the dam was safe at the original full supply level, and even safe in the event of another record flood such as in 2013.

That year, the flood height was eight metres above the dam spill way.

At its peak, 2.5 million megalitres per day flowed over its walls at speeds of up to 70 kilometres per hour.

In a similar event, even if the dam "failed" completely - which is physically impossible - it would add less than 10 per cent to flood volumes in just one 24-hour period.

The areas predicted to be potentially flooded will also already have been evacuated when flood heights get to two meters above the dam wall under existing safety protocols.

The problem with scare campaigns is that, similarly to the little boy who cried wolf, the hysteria will eventually be overtaken by reality and facts.

The facts are that the risk of Paradise Dam failing was always zero.

The risk to the Bundaberg community was zero.

But now the chance of Bundaberg irrigators - and all the produce and jobs and wealth they produce - accessing any water out of Paradise Dam after June this year, is now also zero.

It's probably why I was standing in front of a big group of Bundaberg farmers in a dusty packing shed last week launching the Paradise Dam Class Action.

It's probably also why these same farmers have raised almost $1 million in less than a week to help fund the class action.

This $1m is unfortunately just the start of the costs needed to fund the action.

But it is a drop in the bucket when compared to the billions of dollars - or production, capital value and investment - potentially lost due to the failure of the Queensland Government over its handling of Paradise Dam.

I don't like the idea of having to take my own government to court to get common sense.

I also don't like farmers having to put their hand in their own pockets to protect themselves from a government that should be there to help them.

But the farming community of Bundaberg won't be walked-over.

They won't have their futures beholden to a government that thinks water comes from a tap and fresh produce is grown on a shelf.

The Bundaberg farming community will stand up to protect itself today and for tomorrow.

No amount of scare campaigns or government spin will quell the anger nor the pride that Bundaberg farmers have for their community.

The only solution is to have Paradise Dam returned to full supply levels, and confidence returned to a region that helps feed Queensland and the nation.

If the government will not do its job properly, then the courts will.

The battle has just started. But it will rage like a late season Bundaberg cane fire until common sense prevails.