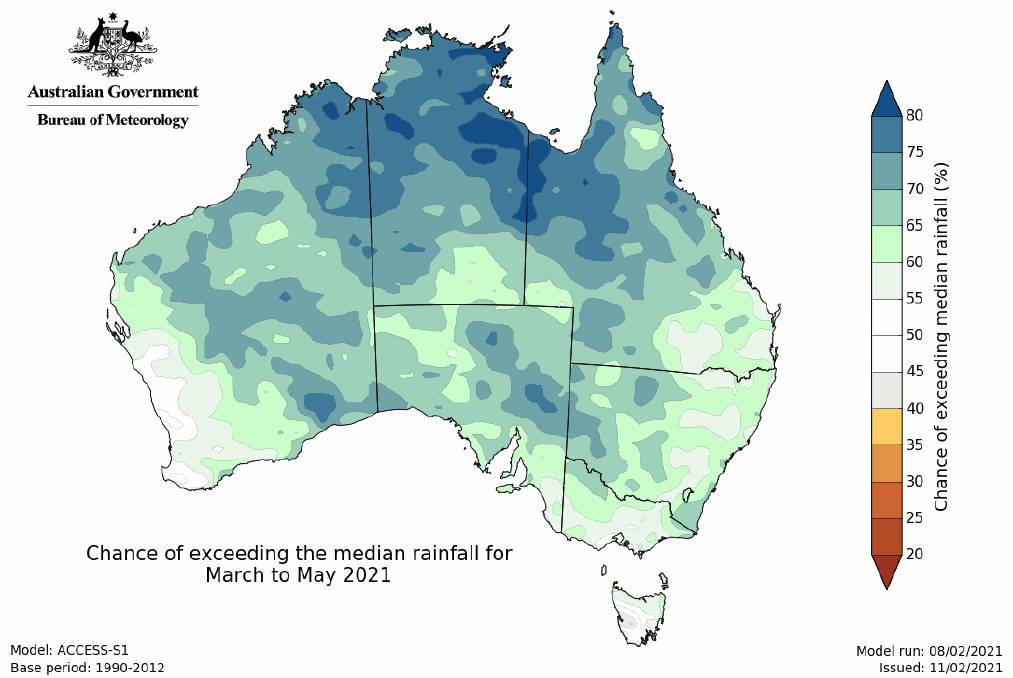 Most of Australia is expected to be wetter than average.

PARTS of the WA's South West are likely to miss out on rainfall from March to May, while most of Australia is expected to be wetter than average.

The latest Bureau of Meteorology climate outlook shows that there is a greater than 70 per cent chance that much of WA will be wetter than average, except in the South West where chances are closer to 50pc.

While the outlooks indicate wetter than average conditions, southern parts of Australia are in their drier season, so rainfall (even if above average) is not likely to be sufficient to relieve long-term rainfall deficits.

However, there is a greater than 60pc chance of cooler than average temperatures from north-west to south-east WA.

Mean minimum temperatures for March to May are likely to be higher than average across Australia, with chances of warmer days greater than 80pc for areas along the west coast.

However for March, chances of above average minimum temperatures over south-east inland WA are lower, with only a greater than 60pc chance.