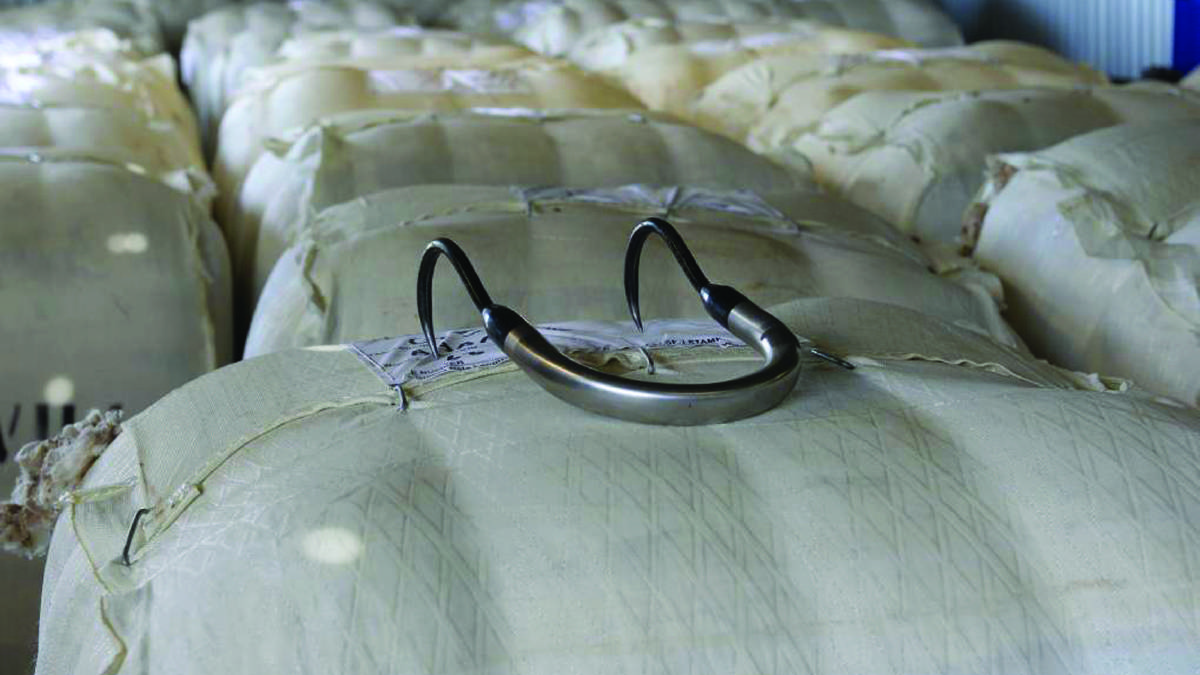 According to Australian Wool Exchange (AWEX), the top 20 Superfine greasy wool prices paid at the WWC so far this season were recorded from week 30 to week 32 last week was week 33 of the season.

AFTER three frenetic weeks of Australian Superfine selling at the Western Wool Centre (WWC), with a national price leader and records set in that time, the market sought some respite last week.

The highest greasy price paid last week at the WWC was a now relatively mundane 2250 cents per kilogram for a 14.2 micron fleece with statistics of 70 millimetre staple length, 18Nk/t staple strength, 1.3 per cent vegetable matter and 66.1pc yield.

According to Australian Wool Exchange (AWEX), the top 20 Superfine greasy wool prices paid at the WWC so far this season were recorded from week 30 to week 32 - last week was week 33 - of the season.

Fourteen of the top 20 prices, including the record of 3300c/kg, were paid for wool under the Serena Park brand from York.

Only four greasy prices paid in week 32 in Sydney - at a dedicated Australian Superfine sale - have beaten the top WWC price so far this season.

The top price at the main AWEX wool selling centre in Melbourne trails the WWC record by 99c/kg.

On the first trading day at the WWC last week, the market caught its breath, with prices easing across the micron spectrum by between 1c and 5c, with the bigger losses at the finer end for 18 and 18.5 micron fleece.

The second day the WWC market "quickly bounced back", according to AWEX technical controller at the WWC Andrew Rickwood, recovering the losses and then adding some extra margin for woolgrowers.

Across the week the Western Indicator put on 1c to finish at 1314c/kg, compared to the benchmark Eastern Market Indicator which lost 10c to 1275c/kg, according to AWEX.

The strength of recent demand for Superfine wools - driven, according to brokers, by the Italian textiles industry beginning to recover from the impacts of the COVID-19 pandemic and starting to compete again with China's wool processors - is perhaps best depicted by the relationship of last week's micron guide prices to their averages across the past year.

A large national offering of 49,810 bales last week required the main Melbourne selling centre to trade an extra day on its own after the WWC and Sydney centre had finished trading.

The market in Melbourne continued to strengthen on the extra day, putting its closing prices for 18 and 19 micron fleece slightly ahead of those at the WWC close.

The Melbourne price for 18.5 micron fleece matched the WWC price, so local brokers are expecting a solid start for the finer end of the spectrum this week.

A 12pc overall passed-in rate at the WWC last week - more than a quarter of the Merino skirtings on offer were passed in which influenced the overall figure - was marginally better than the 12.6pc national rate.