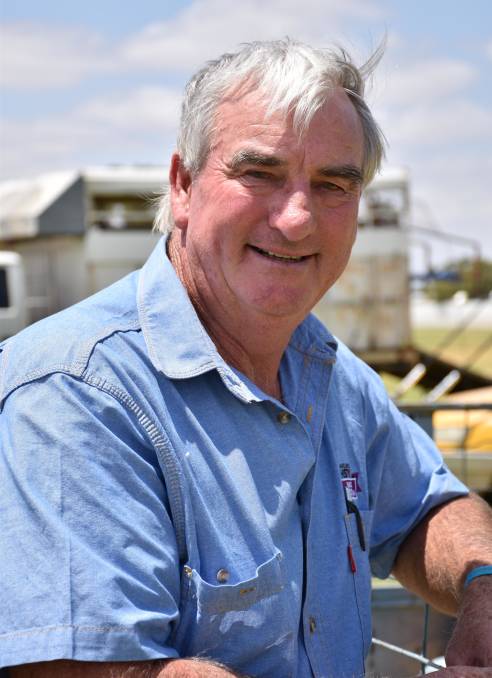 THE Make Smoking History Wagin Woolorama is all set for Friday and Saturday, March 5 and 6 and will be run under the theme 'let's celebrate and congratulate WA'.

Woolorama committee president Howard Ward said they were preparing and implementing an extensive COVID-safe plan at considerable expense and effort, but the event could still be cancelled at the last minute due to the prevailing health advice.

Woolorama 2020 was the last big event to be held before the State went into lockdown just one week later.

"The committee has come through a rough 12 months of uncertainty and was determined to run a show in 2021 regardless of circumstances," Mr Ward said.

"We feel it is good for the community and we need to work as hard as we can, because we put close to $100,000 back into local not-for-profit groups and for a lot of them it is their annual fundraising."

The money helped the likes of community cricket and hockey and had a snowball effect that extended further, to groups such as Rotary, that otherwise wouldn't have the funds to help others in need.

"The committee has worked really hard to get to this point and now we have received financial help," Mr Ward said.

He acknowledged, with gratitude, $15,000 in State government support for this year's event, committed by Agriculture and Food and Regional Development Minister Alannah MacTiernan.

The funding, delivered through the Wheatbelt Development Commission, recognised Woolorama's role as a premier event in regional WA.

Ms MacTiernan said Wagin had a significant role relating the importance of WA's sheep industry and Woolorama showcased the Wheatbelt as a great place to work, visit, live and invest.

Given the amount of work the committee had done so far, Mr Ward said they believed the event would be COVID-safe.

"We have done everything asked of us,'' he said.

"We have employed expert people to do a plan and that's ready.

"Hopefully, it will run as it has done in the past."

Mr Ward said the society's cost of being COVID compliant was about $30,000 which went towards a written plan, 10 COVID marshalls roaming the grounds, signage, sanitising stations and crowd control.

Areas such as the fashion parades, rodeo and commercial sundowners had to be assessed and the society had employed a COVID officer who, along with a volunteer, had spent many hours getting everything in place.

He said they had tried for considerable time to get funding but the irony was that if they didn't hold a show they could apply and receive Federal money that was available to any agricultural show that didn't run.

"The society was prepared to absorb all costs and unless the crowds are exorbitant, I don't think we will make money but that's not what it's about," Mr Ward said.