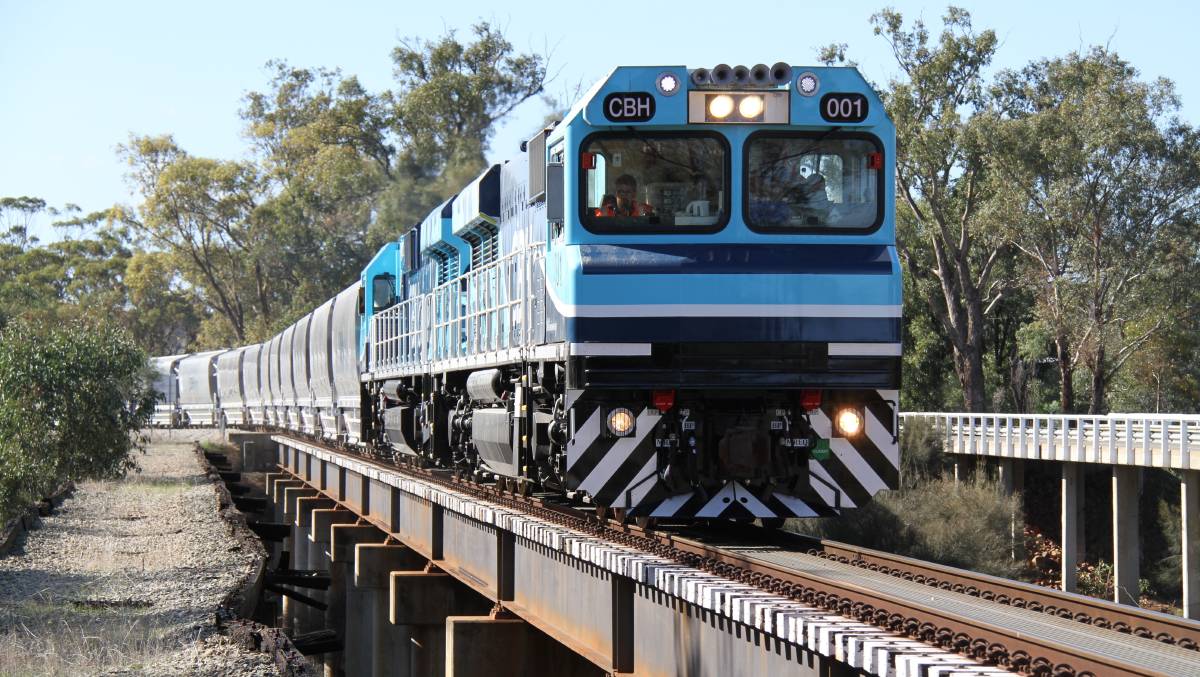 An independent review of grain train fees and charges paid by CBH between 2017 and 2019 has found it was not overcharged.

No extra charges for CBH under interim access agreements

THE CBH Group was not charged more than 'ceiling costs' of more than $486.9 million for the three years its grain trains operated on WA's freight rail network under interim access agreements, an independent review has found.

In a letter dated December 10, 2020, Deloitte Touche Tohmatsu partner Yvonne van Wijk informed both Arc chief financial officer Mark Sealey and ERA executive director regulations and inquiry Paul Kelly, that no "exemptions" to what is known as the 'Overpayment Rules' were identified in calendar years 2017, 2018 and 2019.

But while the review complied with the requirements specified by the ERA, Ms van Wijk pointed out "the agreed-upon procedures did not constitute either a reasonable assurance (audit) or limited assurance (review) engagement in accordance with the Auditing and Assurance Standards Board standards".

Despite this, the ERA referred to the review as an "audit" and said "the audit report found no instances of non-compliance (with Overpayment Rules)".

As previously reported in Farm Weekly, in November 2019, CBH concluded six years of negotiation with first Brookfield and then Arc, signing a confidential seven-year rail access agreement for grain trains on 15 train paths, which came into effect on January 1 last year and is due to expire at the end of 2026.

Prior to that agreement, CBH grain trains had operated under a series of interim agreements and agreement extensions, beginning on January 1, 2017, while negotiations continued with Brookfield and Arc over the longer-term access agreement.

Those interim agreements were technically the first signed under the State's Rail (Access) Code 2000 so are therefore the first subject to a three-year review under the Overpayment Rules provisions of the code.

CBH is still the only freight rail network user to negotiate an access agreement under the rail code.

Before 2017 it ran its grain trains under a private agreement - every other rail user has a private access agreement with Arc - outside of the code.

The overpayment review only applies to access agreements under the code.

Before access negotiations can begin under the code, the ERA has to approve total price 'ceiling costs', which includes both rail access fees and a tonnage-per-kilometre usage charge.

Access fees and usage charges can vary for different sections of line depending on things like frequency of usage proposed and density of other rail traffic.

A November last year approval of adjusted costs - also redacted - on the ERA website showed the ERA-approved ceiling cost for CBH to use some of 20 sections of the freight rail network in 2017 was $179.9m.

Only ceiling costs for sections of track where CBH was the sole user are shown.

Total costs for sections of the standard gauge line between Kalgoorlie and Kwinana were blacked out, as were costs for the Geraldton and Esperance lines.

It is understood access and usage costs for the standard gauge line are significantly higher than for other lines because of increased traffic and more complex train scheduling around two-kilometre-long interstate freight trains.

An ERA spokesperson confirmed the ceiling costs shown in the document included both access and usage costs.

CBH began its rail code journey on December 10, 2013, when it submitted an access proposal to the ERA and Brookfield.

It 'clarified' its proposal the following year - the rail code made no provision for a proposal to be amended once it was submitted, so the changes were labelled clarifications.

Brookfield submitted its ceiling costs schedule in 2014 but it was rejected by the ERA which imposed its own instead.

Ceiling costs determined by the ERA were used for the initial CBH interim access agreements which have now been reviewed to determine whether it was charged too much.

Under the rail code, the rail operator is required to reimburse the rail user if an audit finds the user was inadvertently or deliberately overcharged - that is, total revenue earned on a particular section of track exceeds total costs, according to the ERA.