The Anderson brothers have completed their second season targeting weeds during harvest. 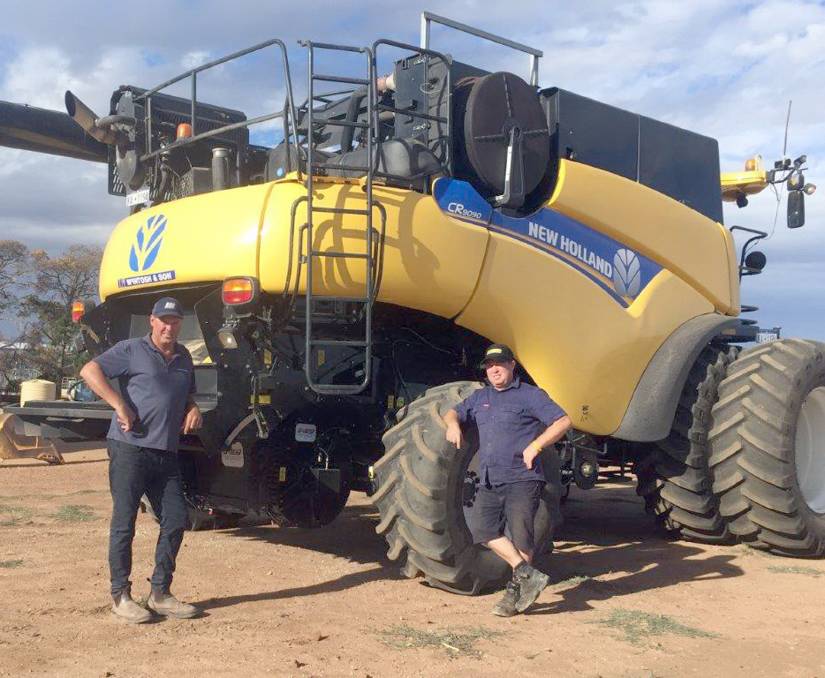 FARMING brothers Chris and Scott Anderson are looking forward to the days of reduced weed burdens on their Broomehill and Katanning properties after completing their second season targeting weed seeds during harvest.

Chris said they recognised it could take two to three years before realising the results of killing weed seeds with their Integrated Harrington Seed Destructor (iHSD), which was installed on their New Holland CR9090 harvester by McIntosh & Son at Katanning in 2019.

Independent testing has shown the Destructor can kill up to 99 per cent of weed seeds.

For now though, the Andersons are at least happy to avoid windrow and paddock burning.

The brothers crop 3000 hectares, following a canola-wheat-barley rotation on the mostly medium to heavy land.

"Weeds are always a constant and we have to stay on top of them,'' Chris said.

Annual ryegrass and wild radish are the chief targets, while wild oats and spear grass also are becoming more prevalent.

"We have been spray-swathing canola, windrow burning and burning paddocks, but we are happy to throw that out the door,'' Chris said.

"You have to burn the rows and not the paddock, sometimes you have to wait for perfect conditions at night - we just got sick of it.''

They invested in the vertical, mechanical Harrington Seed Destructor after tracking developments with the system over a couple of seasons.

Invented by WA grower Ray Harrington, the Destructor is designed and manufactured by de Bruin Engineering and distributed nationally by McIntosh Distribution.

The core mill technology was developed by UniSA with funding and support from Grains Research and Development Commission.

The system can be fitted to later model John Deere, Case IH, New Holland and CLAAS harvesters, with no permanent modifications required, and is designed to operate at 3000 RPM to maximise mill capacity.

"It's easy to grease each morning and I don't even think we put a belt on it this year. It ran like clockwork.

"The only thing we did was after all of last year and three-quarters of this harvest, we changed to a new set of mills.

"The first set did about 700 hours and had more left, so it was pretty good.''

Chris said another good feature of the Destructor was its stone trap, which they look to empty every day.

The Andersons use a Steinbauer power chip with the New Holland CR9090 harvester and during the recent harvest they also windrowed straw over the top of the Harrington Seed Destructor.

"There is a lot of straw going through the machine, but it hasn't affected our speed and harvesting capacity,'' Chris said.

The Andersons also had not encountered any problems harvesting slightly green canola with the Harrington Seed Destructor, despite this sometimes proving difficult for some other harvester-integrated systems.

"We've never had a problem with canola,'' Chris said.

Last harvest, the Andersons achieved grain yield averages of 5 tonnes/ha for barley, 3.5t/ha for wheat and 1.8t/ha for canola.

Meanwhile, growers can now take advantage of an early order program announced on the Harrington Seed Destructors to upgrade their harvesters with the machines and effectively beat price rises during 2021.