Woolgrowers mulesing with pain relief and completing NWD are being recognised for their efforts. 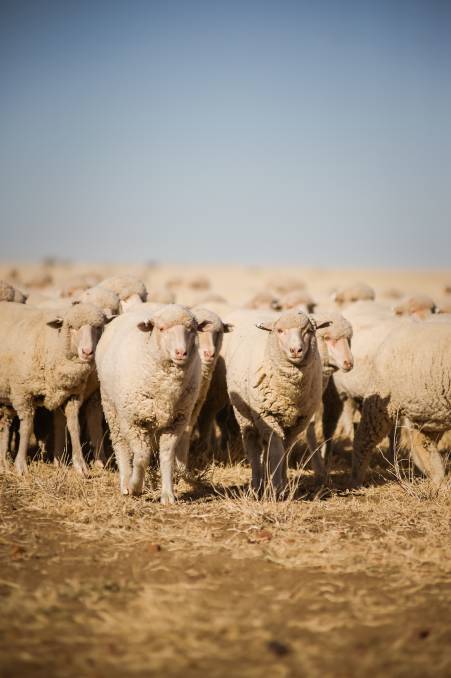 Woolgrowers' efforts to use pain relief when mulesing Merino sheep are being recognised with the latest figures from AWEX showing premium increases at market.

The statistics, using mulesed without pain relief as a baseline, show premiums of up to an average of 25 cents per kilogram have been paid for fine Merino wool from sheep that been mulesed with pain relief applied, also referred to as analgesic/anaesthetic (AA).

Data also showed the average premiums paid for non-mulesed Merino wool at auction in July to December 2020 period eased a little compared to 2019/20.

AWEX senior market analyst Lionel Plunkett said this was in line with the general decline in wool prices.

"The current season you would have to say is Covid affected, or market affected, when it dropped pretty sharply when the pandemic first hit," Mr Plunkett said.

"The non-mulesed figures are season-to-date figures so early in the season to the middle of October last year a lot of the premiums flattened out.

"But in the latter part of the season, as we are moving on, they are actually starting to stretch out a little bit, as the prices have lifted."

A highlight of the analysis showed discounts of up to 9c per kilo in the first half of this season for wool without a National Wool Declaration (NWD).

Mr Plunkett said it is well worth growers making the effort to complete and NWD.

"If it is mulesed and declared with the use of pain relief, the declaration in itself might be bringing a bit of a premium," he said.

"The pain relief wools have been reasonably consistent on the positive side of the ledger, with small premiums being paid for them.

"In the last month, we have seen some pretty good prices for non-mulesed wools. But to realise those premiums there needs to be a combination of factors - they have to be the right micron, have good specs and they have had a quality scheme attached to them as well."

"The Olsson family invested in the pain relief product Trisolfen 15 years ago as we believed mulesing was an essential surgery that could be made better if it was less painful," Mr Olsson said.

"It's clear that over 80 per cent of woolgrowers have chosen voluntarily to do the right thing by their sheep by using an array of pain products now on the market.

"The market is now equally responding by rewarding those mulesing with pain relief."

The National Council of Wool Selling Brokers executive director Chris Wilcox said the premiums for non-mulesed wools are a little lower this season but remain substantial.

"The highest premium for non-mulesed wool was paid for 16-micron wool at 34c/kg and the premiums for wool from 19-micron and finer at least 15c/kg.

"Remember that these are average price differences. As such, it does not show some of the much higher premiums that have been achieved for good quality, fine non-mulesed Merino wool, or for non-mulesed fine Merino wool that is sold directly from growers under contract.

"Premiums are also paid for wool from properties that have ceased mulesing, with premiums up to 19c/kg for fine Merino wool."

He said after the premiums of up to an average of 25c/kg paid for wool from sheep that have been mulesed with AA, the premiums disappeared for 19-21-micron wool.

"This is possibly because of the higher available volumes of this type of wool," he said.

Mr Olsson said the fact that woolgrowers are voluntarily using pain relief for the welfare of their animals is the greatest pro-animal welfare story on the planet.

"This story must be told to the world," he said.

"We must cease to be divided by radical animal rights groups and focus only on what's best for our farming enterprises."

The story Efforts by woolgrowers recognised at market first appeared on Farm Online.