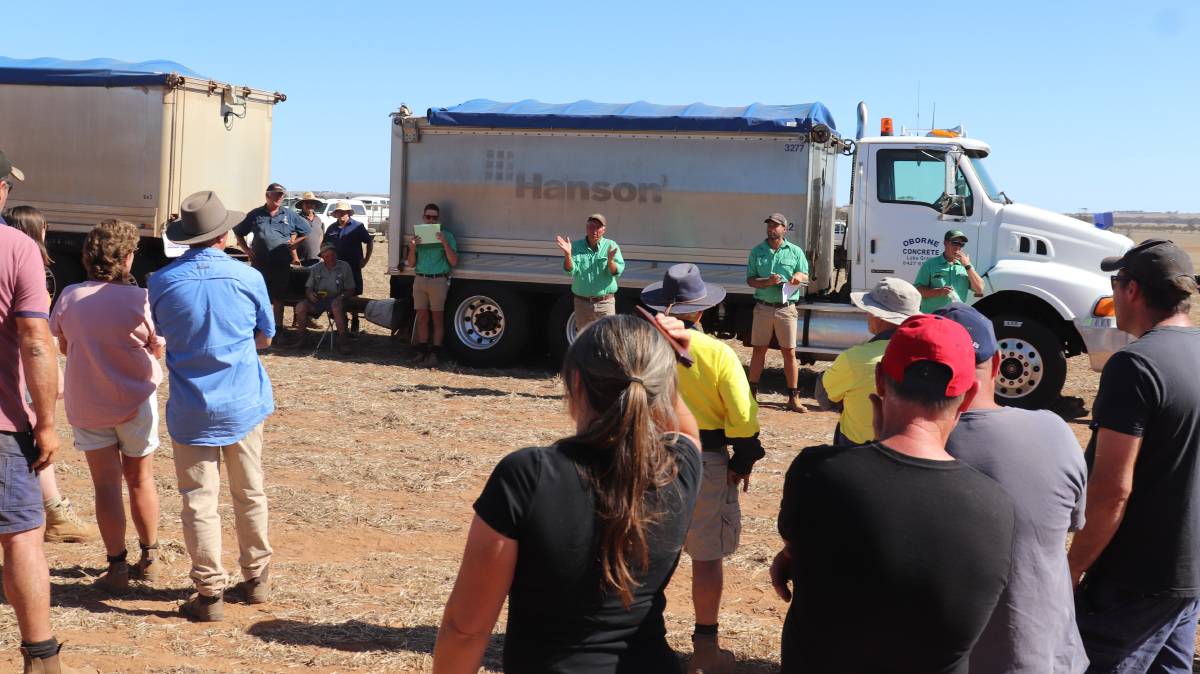 The top selling item at the clearing sale was this 2001 Ford Sterling LT9500 truck with 440hp Detroit series 60 engine, 15 speed Roadranger gearbox, with alloy tipper and trailer unit. It sold for $62,000 as a total package to a local farmer.

A 1929 Ford Roadster was a hot ticket item at the Lake Grace clearing sale.

THERE was no doubting the keen interest in the custom-built 1929 Ford Roadster at the Nutrien Ag Solutions clearing sale at Lake Grace on February 19 on behalf of Grant Oborne.

Mr Oborne had recently sold the farm and his concreting business and was returning to New Zealand.

Potential buyers came from far and wide but they were careful with their wallets - seeking to buy at the best possible price on all items.

Despite that, Nutrien Ag Solutions auctioneer Gary Prater, who led the sale, said it grossed more than expected at about $300,000, which was a "fantastic achievement" considering the amount of sundry items on offer.

"It exceeded expectations - I guess it all adds up," Mr Prater said. A Boyup Brook tractor collector - who has 40 odd tractors at various stages of restoration - brought the Roadster, which had a 350 V8 Chevy engine and had 130,000 kilometres on the clock, for $32,500.

He decided not to drive it home, but was looking forward to shaking the windows down the main street of Boyup Brook.

The top selling item at the clearing sale was a 2001 Sterling LT9500 truck.

It came with a 440hp Detroit series 60 engine, 15 speed Roadranger gearbox, with an alloy tipper and trailer unit.

A local farmer outbid a few contenders to purchase the truck package at $62,000.

A Nitro 100ft boomsprayer was passed in at $30,000 - which Mr Prater said was worth more than the bid offered. There was a lot of interest in the custom built 1929 Ford Roadster with a 350 Chevy engine on offer at the Nutrien Ag Solutions clearing sale at Lake Grace last week on behalf of Grant Oborne who was returning to New Zealand after selling the property. The hot rod was the midway item of the sale and sold to a Boyup Brook tractor collector for $32,500. About a third of the buyers at the sale came just to see what it went for and have a bid on the sundry items on offer.

One of the biggest buyers at the sale was A Wiech, Newdegate, who arrived with a ute and ended up buying 18 lots in total - which needed an additional trailer to fit it all in.

Mr Wiech has been active at many clearing sales in the area, always picking up bargains.

Other items included a mattress, cupboard, television, concreting gear, tools and an air compressor for $800. The only auger on offer during the sale went for a low $700.

About a third of the attendees at the sale dropped off prior to the big ticket machinery items came up for sale, highlighting the interest in the sundry items on offer and also the difference in the type of crowd that was attracted to the sale because of what was on offer.

A Chamberlain Champion 306 front-end loader with three-point linkage sold to B Watson, Lake Grace, for $8000.

The final item in the sale was a John Deere CTS II Maximiser header, having done 5139 engine hours and 3820 rotor hours.

It came with a 936 Draper front with triple belt and transport kit, and sold to a Hyden farmer for $19,500. The final item in the sale was this John Deere CTS II Maximiser header, having done 5139 engine hours and 3820 rotor hours. It had a 936 Draper front with triple belt and transport kit and sold to a Hyden farmer for $19,500.