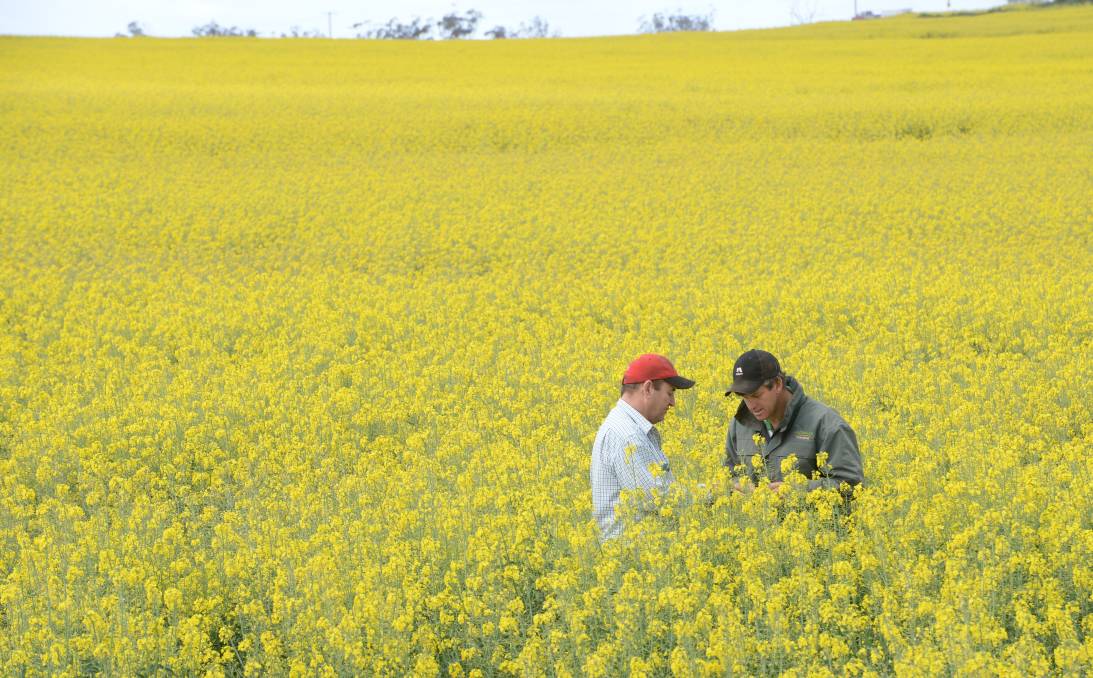 Australian farmers have been warned to prepare for much wealthier, more demanding overseas customers; more volatile trade environments dominated by multiple economic superpowers, and technology which may add $20 billion a year to farm sector productivity.

As the population of high income countries triples to 3 billion in 30 years, our fruit and vegetable and protein-rich meat, dairy product and nut exports will be in hot demand - doubling in some Asian markets.

However, sales growth will be more modest for wheat, coarse grains and rice as developing nations shift away from starchy staples.

Farm production will also be under intensified pressure to use more efficient energy, water, labour and land use strategies, while climate volatility will make agricultural productivity more challenging, and add more gyrations to commodity markets.

In short, five megatrends will shape Australia's food and fibre industries according to CSIRO and the Australian Bureau of Agricultural Resource Economics and Sciences.

Those megatrends will present great opportunities and challenges for farmers, government and the economy.

"While their full implications might take decades to play out, it is useful to consider how we are positioned to respond to the changes coming our way," said ABARES acting executive director Jared Greenville.

"Australian agriculture has some crucial strengths, including a positive long-term growth outlook in key markets, and a track record of market-driven productivity growth, innovation and competitiveness."

We must do a fair bit of work to get there because the world is going to be quite different, and the future increasingly uncertain - Dr Jared Greenville, ABARES

However, the "Stocktake of megatrends" report also highlighted the risk of "unearned advantage" and complacency in taking Australia's prosperity for granted.

"Just because we have done relatively well in the past doesn't mean it's going to be the same in the future," Dr Greenville said.

"We must do a fair bit of work to get there because the world is going to be quite different to what we've been part of before, and the future increasingly uncertain.

"We need innovation and investment.

"It is critical the agricultural industry, governments and communities have the tools and information they need to understand the risks and opportunities they face, so they can create a future they want."

Much of the world's big changes were happening on Australia's doorstep as incomes, expectations and economic capacity lifted and an empowered middle class grew globally by 2b before 2050.

China, Indonesia and India and other emerging Asian economies would be primary drivers of long term global growth with their average incomes rising about 2.5 times above 2015 levels.

Projected growth in the value of consumption and imports by China, India and Indonesia by 2050 (in 2015 US dollar values).

However, while those nearby opportunities were good export news for Australia, the report these economic growth setter nations were becoming worryingly protectionist about agricultural trade, which risked slowing exports and world growth.

Australia's reputation as a supplier of healthy, quality and ethical products could not be taken for granted.

ABARES and CSIRO have identified seven nations or regions set to account for 50pc to 67pc of the world's population, economic activity, energy use and food production - the US, European Union, Brazil, China, Indonesia, India and Russia.

"Each is a great power in its own right and will look first to their own internal imperatives and narrative, giving less attention to rules-based international order which is important to international trade," the report warned.

The East and West world of the past was shifting to a fluid, more complex and unstable geopolitical and economic environment.

However, although volatility was increasing, ABARES felt export orientated sectors in Australia would experience fewer hurdles than those mostly focused on domestic markets.

Succeeding as a profitable and competitive food and fibre producer required ongoing innovation across the supply chain, although the report noted greater ag productivity may benefit consumers more than farmers.

Productivity growth and the race for advantage would give consumers lower prices and better quality, but Dr Greenville said there was a real challenge ahead in ensuring on-farm employment (down 25pc in 30 years), and smaller towns in regional areas did not become collateral damage in the efficiency drive.

Much of that productivity growth was achieved by increasing farm scale, better genetics and plant varieties and innovative management factors.

However, hotter, drier climatic conditions had already sapped broadacre farming profitability relative to its output by 22pc since 2000, with cropping profits down 35pc.

"Improved environmental stewardship could offer substantial opportunities for landowners and regional communities, with some studies finding new markets for carbon and conservation payments could double landholder incomes by 2030 and provide other benefits, ecosystem resilience and impacts on food production," the megatrends report noted.

Meanwhile, exponential advances in digital technology, automation, genetics and synthetics would change how food and fibre was produced and make customer engagement more agile and interconnected.

Research suggested digital and data connectivity could achieve new automated farming systems worth $7.4b to Australian productivity, plus genetic gains worth $3b, input cost and performance efficiencies of $2.3b and market access and biosecurity benefits worth $1b.

In total, disruptive and new technologies would potentially deliver $20.3b in benefits to the ag sector, most notably in cropping, wood products, meat processing, beef and sheep production and aquaculture.

This would require new farm sector skills and partnerships, creating risks and opportunities for farmers and regional communities.

The report tipped "in the very near future" access to capital and premium markets would be linked to farmers recording their management practices and production data in systems which were audited and monitored along the supply chain to certify characteristics such as nutrition, provenance, animal welfare and environmental credentials.

"The era of harvesting information from embedded devices and using it to improve systems is only just commencing," it said.

Maintaining and improving competitiveness involved tough choices, "but the alternative is worse".

In the 1960s and '70s Australia responded to warning signs and poor economic performance by implementing a host of market-based reforms and new policies to deal with new realities.