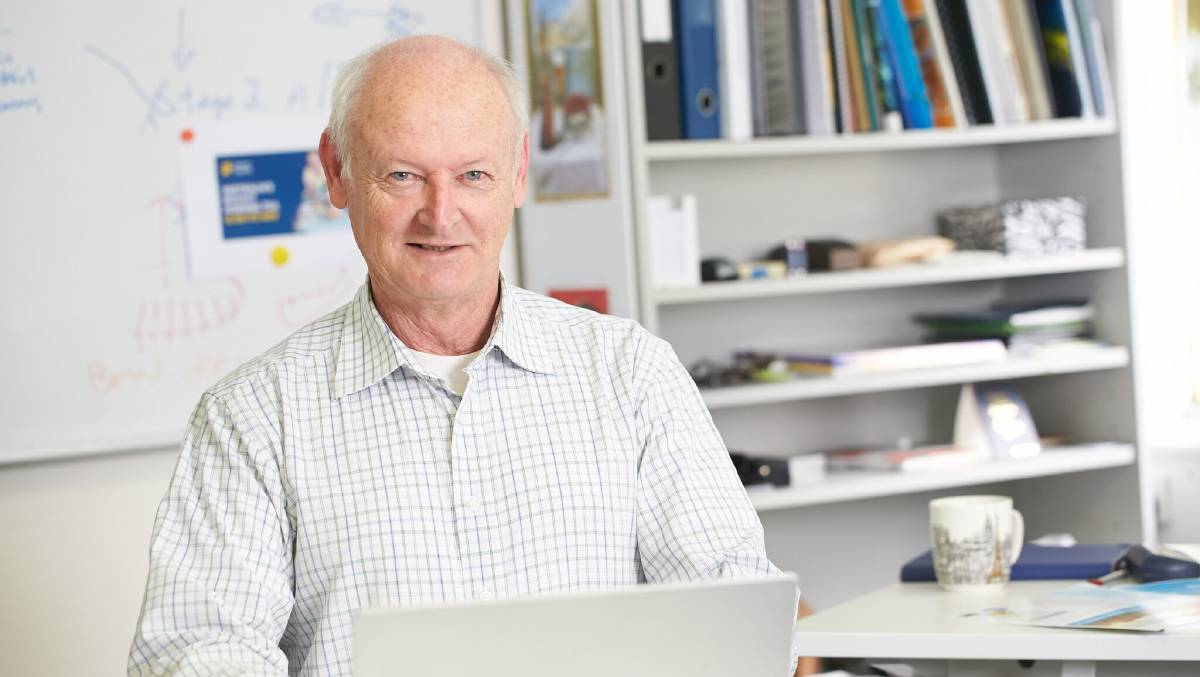 Professor Ross Kingwell said 56 per cent of WA shires are already meeting Paris Agreement targets that is that by 2030, emissions need to be up to 28pc below emission levels in 2005.

"The principal cause of the emissions reduction has been the decline in the sheep population..."

THE challenge facing the Western Australian agricultural industry to be carbon neutral is nowhere near as difficult as it would have been three decades ago as carbon emissions from the entire industry have declined by more than 20 per cent since 1990.

The information on carbon emissions and offsets was presented at a focus session, titled 'Strategies towards carbon neutral for the WA grain industry', at the Grains Research and Development Corporation Grains Research Update in Perth on February 23.

Professor Ross Kingwell, from The University of Western Australia's School of Agriculture and Environment, said in 1990 the WA agricultural industry was producing about 10.8 million tonnes of carbon dioxide, however by 2020 that had declined to about 7.8mt.

"The principal cause of the emissions reduction has been the decline in the sheep population - back in 1990 we had 36.5 million sheep, by 2015 that number had declined by 62pc to only 13.9m sheep," professor Kingwell said.

"However even now when looking at which shires are the biggest emitters, they tend to be in the southerly parts of the agricultural region - wherever there is a lot of sheep in the system and a lot of high input cropping, which is usually from Esperance all the way to Manjimup."

On top of sheep areas, wherever there is a lot of beef or dairy cattle, there also tends to be hot spots of emissions.

While the livestock industry is still the biggest emitter in WA agriculture, there has been a significant improvement industry-wide with 89 pc of shires having reduced their emissions since 1990.

"If every shire in WA was deemed to be its own country, then 76pc of all WA agriculture shires are already Kyoto compliant - that is, they have reduced their emissions by the end of 2020 to be 5pc below the levels that they were in 2000," professor Kingwell said.

While the WA agricultural industry is on the right track and emissions are lower than they were 30 years ago, if farmers were forced to become carbon neutral at the current carbon price, which is about $16 per tonne, then it would cost a lot of money.

Professor Kingwell only looked at carbon sequestration via reforestation, but found if farmers were forced to be carbon neutral by adopting reforestation, then that would cost their businesses.

"The figure I came up with is that the annual cost at the moment would be about $250 million a year in forgone profits by those businesses," he said.

"If farmers did have to reforest, the shires that would be the most likely targets are those where there is either cheap farmland or adequate tree growth rates, or ideally a combination of both.

"At the moment, that means places such as the far eastern Wheatbelt where trees don't grow very well but land is still relatively affordable, or some shires on the south coast where land is more expensive but trees grow very well."

"The Carbon Farming Initiative Act has formal methods that describe in a lot of detail how carbon credits can be developed, these come through a range of activities and some of those are on the land," professor Harper said.

"Carbon stocks can also be increased through sequestering carbon in soils and/or biomass by changing land management techniques, through activities such as reforestation or changing soil management."

During the focus session, it was suggested that rather than pursuing activities such as reforestation, it might be better to invest in ways of reducing emissions at the source.

There are a lot of embedded emissions in fertilisers and chemicals that farmers rely on, but if those emissions could be stripped out of those inputs, by relying on something such as green hydrogen, then that could be one way of reducing emissions in the farming systems.

Professor Kingwell said the industry also needed to figure out if there was a breeding opportunity to identify productive animals that naturally produce a bit less methane.

"We've mostly bred sheep to produce more lambs, more wool, or more kilograms of meat, but what we haven't concentrated on is identifying if in the vast sheep population there are some naturally low emitters," he said.

"That is sheep that can still adequately grow, lamb and produce wool, but they use their feed so efficiently that they don't produce as much methane.

"We also need to be asking if the governments, either State or national, are prepared to pay farmers for some of the environmental services associated with reforestation - such as species diversity, wildlife corridors and better water quality."