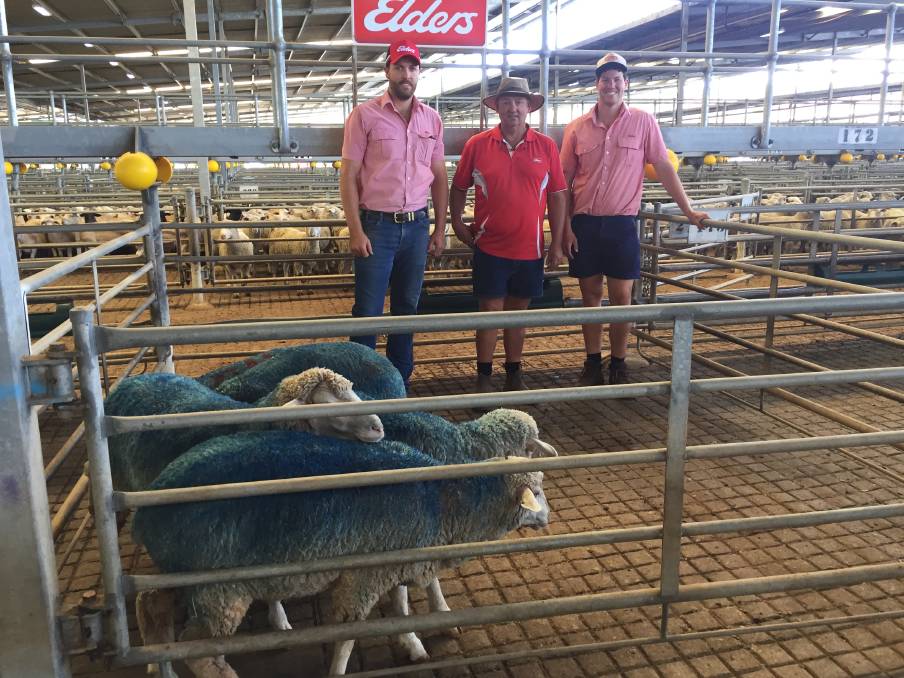 Five dyed blue purple tag nine-month-old Dohne lambs were auctioned by Elders on behalf of Scott McGregor of Menang Grazing Co, Mullewa, at the Muchea Livestock Centre on Tuesday raising $2800 in total for Beyond Blue.

A pen of blue Dohne lambs raised money for Beyond Blue

ELDERS kicked off its weekly sheep sale at the Muchea Livestock Centre on Tuesday with the auction of five dyed blue woolly purple tag nine-month-old Dohne lambs - marked with RUOK in red.

The 42-44 kilogram lambs were donated to raise funds for Beyond Blue by Scott McGregor, Menang Grazing Co, Mullewa and sold under the hammer by Elders auctioneer Steele Hathway to a group of five Mingenew buyers who purchased through Elders Mingenew livestock agent Ross Tyndale-Powell for $410 each.

That was until the property owner where the sheep would be going added an extra $150 per head to the price to push it up to $560 per head.

The sale proceeds will go directly to Beyond Blue and be accompanied by an Elders donation of $500.

Mr Tyndale-Powell said the group of farmers who purchased the sheep they wanted to remain unnamed but were delighted to be able to support a worthy cause.

"It was the first time I've done something like this," Mr Page said. 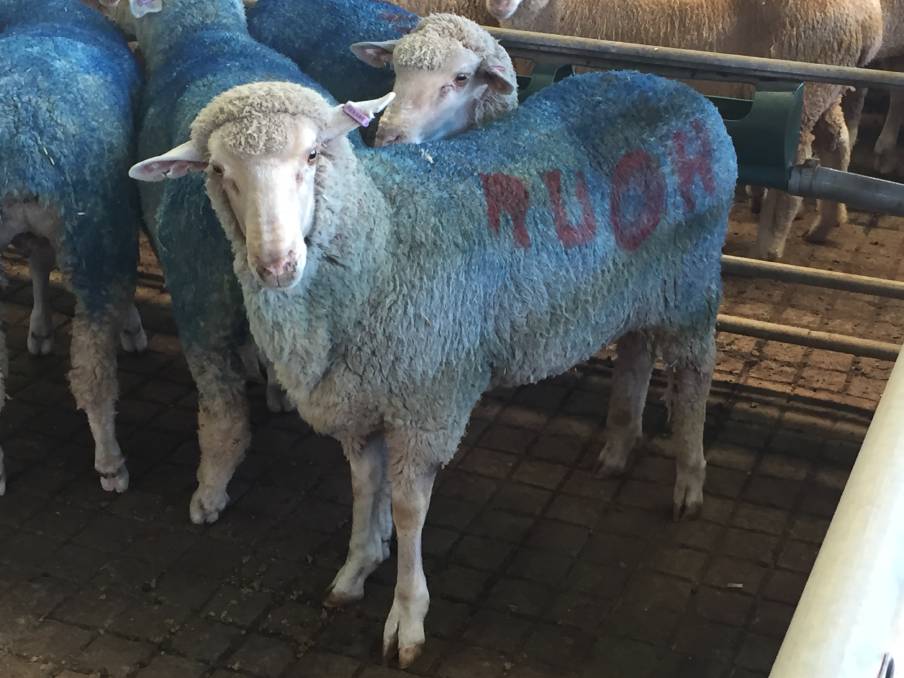 Five dyed blue purple tag nine-month-old Dohne lambs were auctioned by Elders on behalf of Scott McGregor of Menang Grazing Co, Mullewa, at the Muchea Livestock Centre on Tuesday raising $2800 in total for Beyond Blue.

"It was all Scott's idea.

"We were just happy to help promote it and showcase it.

"All credit to Scott for the idea, Elders was just happy to give it the attention."

Mr Page said the lambs would be worth about $130-$140 per head if auctioned in a normal sale.

Mr McGregor has had some of his own mental health challenges and has sought help via phone sessions with mental health professionals, as well as good friends and family.

He posted to Facebook that the idea to donate the lambs was to create more "awareness of mental health and how it doesn't discriminate and can affect anyone at any time".

"It's about finding the strength to get help when needed and for people out there to keep a lookout for each other and ask RUOK?" he said.

Beyond Blue said that about three million Australians were living with depression or anxiety and as an organisation it provided "information and support to help everyone achieve their best possible mental health, whatever their age or wherever they live".