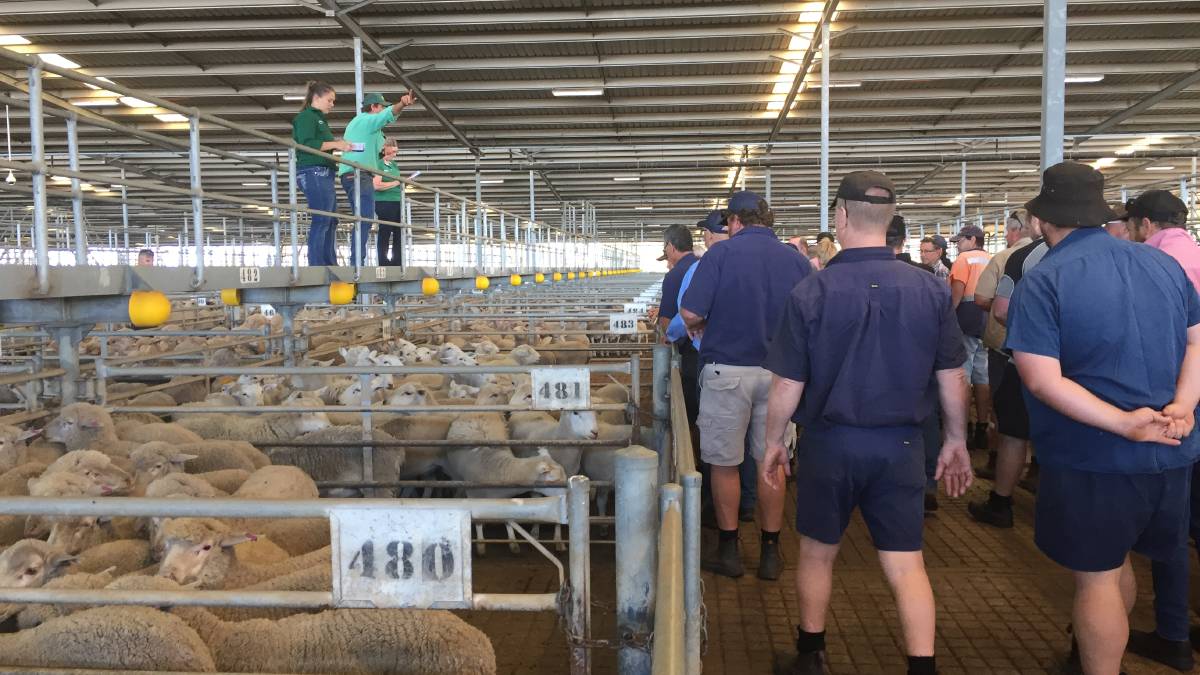 The market continued to be strong at the Muchea Livestock Centre on Tuesday as prices reached $258 during the Nutrien Ag Solutions sale for a line of eight heavy wethers to WAMMCO.

Livestock agents expect the market to stay strong for the foreseeable future.

About 11,000 sheep and lambs were yarded on Tuesday, up from 8329 head the week before, with one pen of eight heavy Merino wethers selling during the Nutrien Ag Solutions portion of the sale for $258 per head to the WA Meat Marketing Co-operative (WAMMCO).

A line of 159 hoggets with stained red wool from station country sold to $231 per head, while Fletchers International purchased 32 Merino wethers for $200 per head and a line of 389 orange tag ewes for $220 per head.

LSS has been active in the market in the past few months, sourcing numbers for an upcoming shipment expected to depart Fremantle over the weekend.

It has also sought additional stock for its feedlots - with a line of 93 Dorper lambs purchased for $120 per head and 234 Merino lambs for $140 per head.

LSS livestock manager Harold Sealy said they haven't had a problem sourcing the numbers required despite Eastern State's demand and the quality has been exceptional.

Hillside Meats was also a volume buyer at the sale, picking up big numbers for processing.

One local lotfeeder who purchased a few hundred sheep at the sale said prices were strong but he didn't have much choice but to buy into the market after a lack of cattle numbers on offer at recent sales and cattle prices were too high to compete with big buyers.

"We used to be big into sheep until stock thefts got too much and then we went into cattle," the buyer said.

"Now prices are so high it is hard to compete as supermarkets won't raise their prices - so we have gone back into sheep."

He purchased a few hundred lighter weight lambs from between $110-$129 per head as well as wethers to add condition and improve their values.

He would still keep running cattle but on a much lesser scale.

With recent rain, livestock producers have a bit more confidence in the coming season with many dams once empty now at least a quarter full, if not overflowing.

They are also hoping for improved feed on the ground to hold onto numbers to retain their flock sizes if possible.

Either way they would be satisfied with the continued demand for their product and the high prices being paid.

Livestock agents expect the market to stay strong for the foreseeable future.