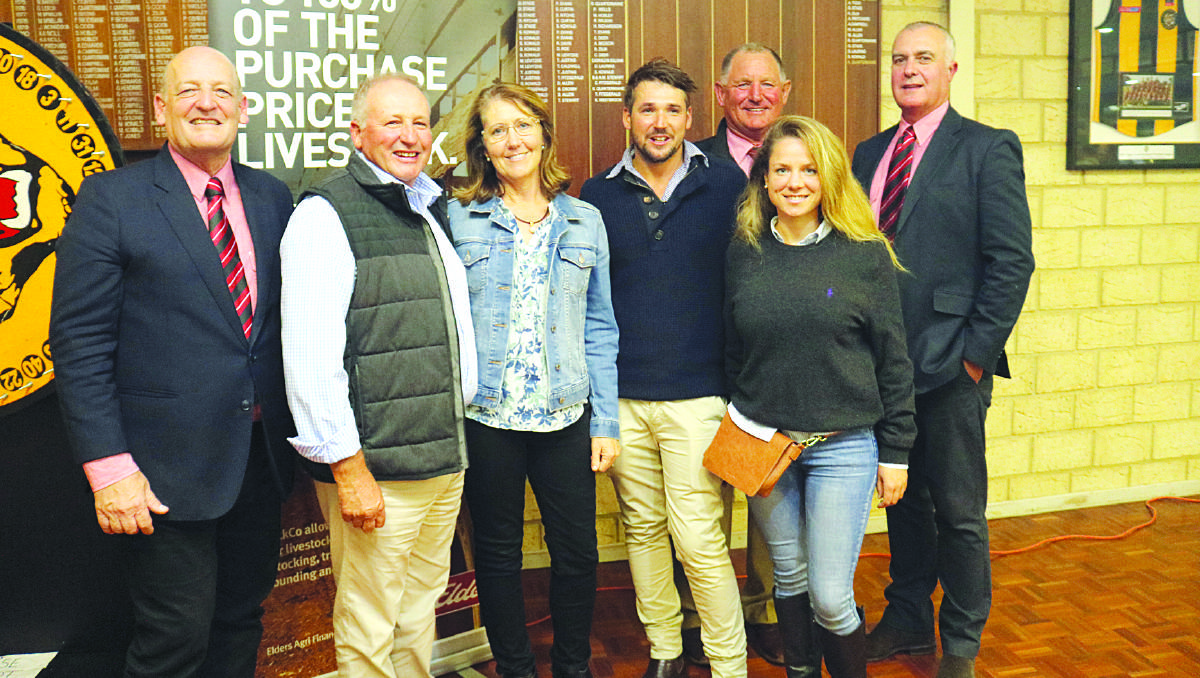 Elders boss gives some insight into the company's future direction

A visit to Western Australia last week by Elders chief executive officer Mark Allison provided a perfect opportunity to interact with clients, provide some insight into future direction of the 182-year-old company and acknowledge the efforts of some long-serving staff members.

Loyalty and culture are at the core of all that is Elders and a candid Mr Allison, speaking at a client function in Katanning, said it was these qualities shown by its staff and customers which had helped Elders survive its darkest days and lowest ebb in 2013.

"I have mates in senior positions in many agricultural related businesses and they have often said to me your company should have been dead by now," he said.

"Well the reason we survived is solely, solely because of the loyalty of people like you, both staff and clients that have stood by Elders and ensured we are still here today after 182 years."

And with a share price now sitting at about $11.80 and a market capitalisation of $1.8 billion it could be suggested the company has not just survived, but thrived.

Mr Allison, a former head of CSBP and Wesfarmers Landmark who grew up on a cattle and sugarcane property in far north Queensland, said he felt very much aligned to Western Australians, believing they had a lot in common with Queenslanders.

"I took on this role because I believe Elders is important and because it is totally representative of regional Australia.

"Agriculture and food production is an important and noble thing and its deep purpose should not be misunderstood or forgotten. "Our role at Elders is to drive innovation and advancement to help you farm better, whether that be through digital infrastructure, ag-tech or in the livestock sector.

"This focus is through key issues of productivity, infrastructure, community acceptance and market access."

On productivity gains the industry had invested $850 million through MLA, CSIRO, HLA, GRDC and others to undertake trial work aimed at improving performance which included in areas of conservation tillage and dairy restructures.

"On infrastructure we are looking at the cost of getting grain to storage and the need for investment in good infrastructure to counter the impact of Black Sea supply chains, including its link to China's Belt and Road initiative, on Australian grain production," Mr Allison said.

"Community acceptance takes in things such as water quality, environment, stewardship, native title, animal welfare, GM, greenhouse gas emissions and sustainability and agriculture has to navigate its way through expectations around this." Mr Allison, who is also chairman of Agribusiness Australia, said surveys it had undertaken through that organisation showed that "what the community wants and agribusiness wants with regard to these things is the same but the timelines are different".

"City people want change to happen immediately, but rural people are saying while we agree with these goals it needs to be commercially viable and we need time to get there," he said.

"It's why there is a debate about having agriculture excluded from the emissions target."

"Like with cotton where new GM varieties have taken us from about 27 sprays per crop, with all the associated impact on the environment that comes with that, down to now two or three sprays," he said.

Market access continued to present challenges with respect to issues with China and Indian tariffs on chickpeas and faba beans. 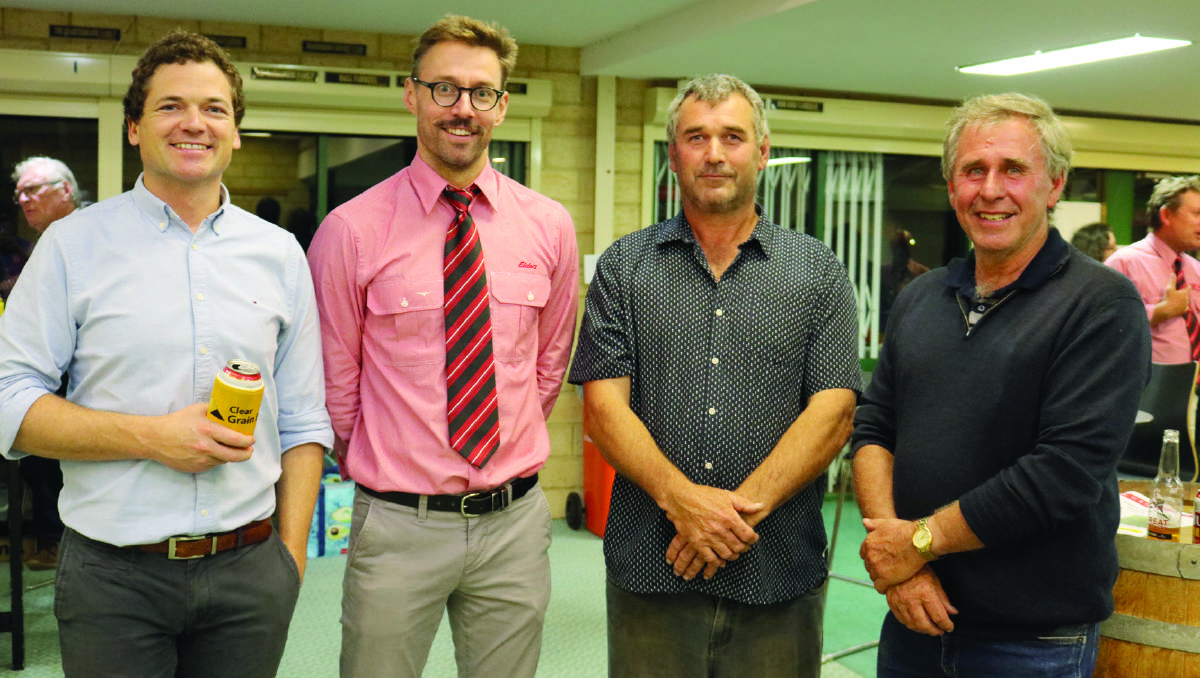 But the signing of the Regional Comprehensive Economic Partnership agreement late last year had opened up access to about 800 million people in ASEAN countries and there were still opportunities in Indonesia, United States and Japan.

"There are pressures on us, but we have enough markets for our produce we just have to be clever how we market it."

Mr Allison said part of Elders' expansion plans and investment in rural and regional Australia centred on filling in gaps in regions and industries which included relocation of people to areas of need and in some cases where other players had exited, ramping up its home brands and wholesale product offerings through its wholly owned Australian Independent Rural Retailers (AIRR), backend manufacturing, investment in logistics to offset soaring freight costs and an increase in portfolios such as insurance.

"And we are about to embark on a $60m to $70m systems modernisation platform to be completed in 12 to 18 months which will link farm management systems, ag-tech solutions, financing and insurance, all part of changing dynamics and expanding our footprint," Mr Allison said.

He reiterated the company was continuing to invest in people through its graduate training programs with 15 new livestock trainees soon to be placed across Australia, including three in WA plus another three in agronomy.

And as a measure of the profile of agriculture they were experiencing increased interest from people with non-ag backgrounds looking for a career change with Elders.

Three major presentations were made on the night, two to clients and one to Katanning branch manager Keith Daddow who has just clocked up 15 years with the company and is part of a five-generation family legacy.

"There has been a member of our family associated continuously with Elders since the 1940s starting with my great grandfather Dick Diprose at Tambellup,'' Mr Daddow said. 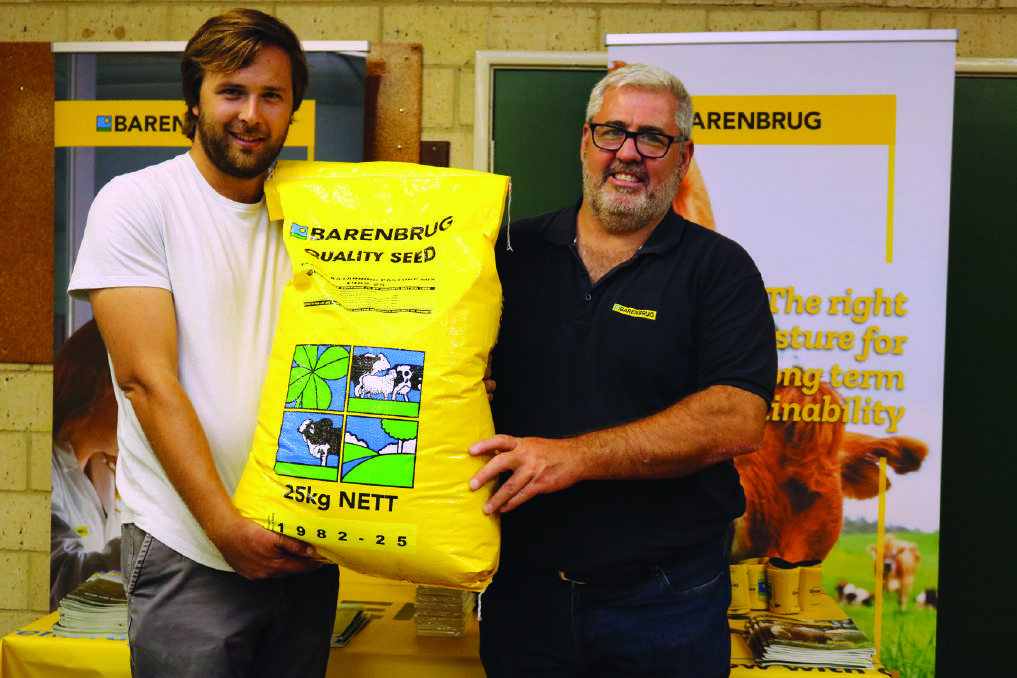 "My grandad Keith Daddow worked at Tambellup in the 70s and 80s, my dad Alan was with the company from 1971 to 2006 and my son Samuel, who is still at school, has just started on a one day a week traineeship at AIRR."

The Dewar family, Broomehill, was presented with a special award to mark the 100th anniversary of their Woodyarrup Merino and Poll Merino stud.

An emotional Craig Dewar accepted the award on behalf of his family and thanked Elders for standing by them over the years.

"It's a privilege to be in this position and it's been thanks to the hard work of a lot of people," Mr Dewar said.

"Every stud in Australia today has top quality sheep so we've tried to work on the one per centers to set us apart.

"We've tried to employ the right people, use the best expertise and the right technical support available and been lucky to have great staff.

"Our strength is probably in our depth of numbers and the quality of our ewes, but it's not been without a lot of expense.

"You see a few high prices in the Farm Weekly and think that's all easy, but there's a lot of hard work and expense behind all of that," he said.

"We've been with Elders all along the way and we really thank them for their support," stud co-principal Kurt Wise said.

"As Russell (McKay) said there aren't a heap of cattle in this area, but we are only a truck trip away to where there are cattle so it has been a great partnership."