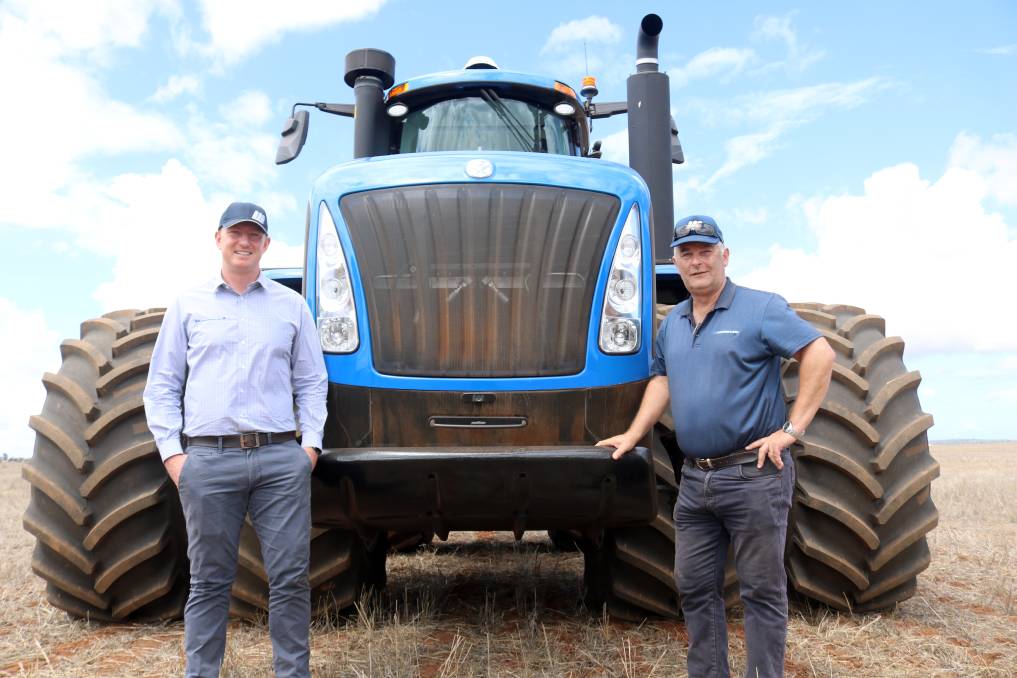 THE latest technological innovations were on display in New Holland's new T8 and T9 tractor range at the McIntosh & Son New Holland roadshow, the first in a series of dates, just east of Geraldton last Thursday.

Having only recently arrived in Australia, the new models, loaded with PLM Intelligence technology onboard, have taken the technology frontier to the next level according to McIntosh & Son, Geraldton branch manager Craig Ajduk.

The intuitive technology is controlled from a 12 inch IntelliView monitor that delivers real-time remote insights.

Another new feature is IntelliTurn, an intelligent end-of-row turn system, which is coupled to the IntelliSteer auto-guidance system.

Operators can now program work areas and the system responds by plotting the most efficient turns, delivering even more automation.

All this is tucked inside the comfortable cabin that has wider side windows and better access, as well as integrated cameras into the hood that provide a wide operator view.

"For our clients, the latest technology from the New Holland T8 and T9 range with PLM Intelligence will become the benchmark of what to look for," Mr Ajduk said. 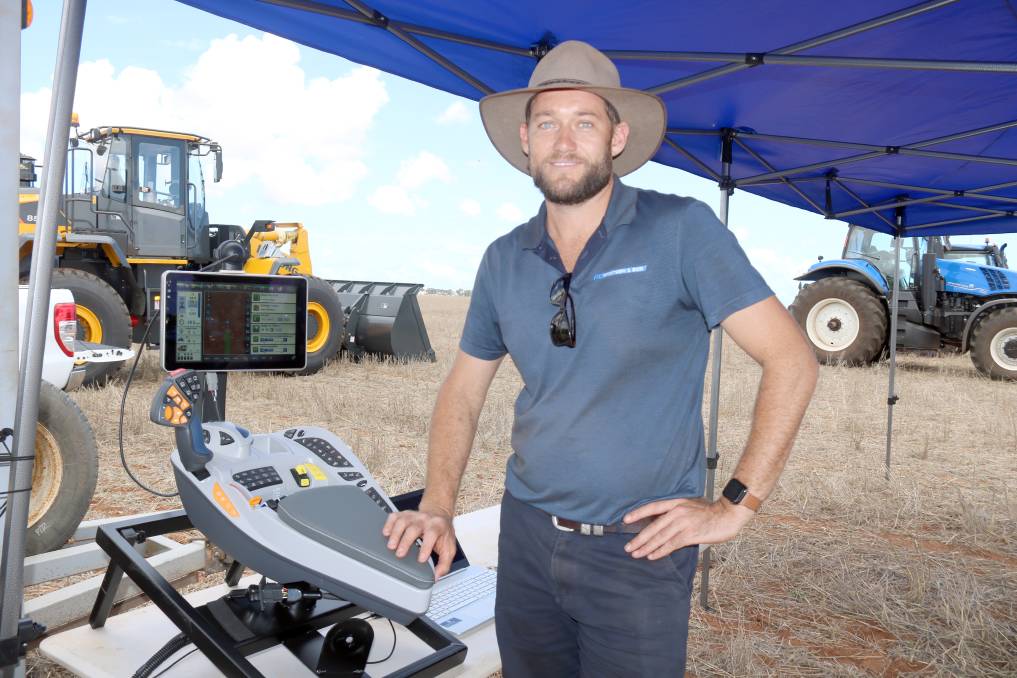 He said the latest features allowed farmers to optimise their field office capacity, improve efficiencies, as well as getting more real-time data, which can be accessed from the home office.

"From our growers' perspective, it gives them the ability to use the tractor cab as a fully-integrated office, and with remote access they can see what their workers are doing and what is happening in the paddock - and it's all easy to use."

Mr Ajduk said the T8 range, which is offered in 320 - 435 horsepower (hp) configurations, were ideal for spreading and chaser bin work.

He said they were a versatile tractor with a good weight capacity and can be reconfigured with dual wheels.

"The bigger T9 model, available between 450-670 hp, is very similar to the T8 in terms of technology and the PLMi innovations," Mr Ajduk said. 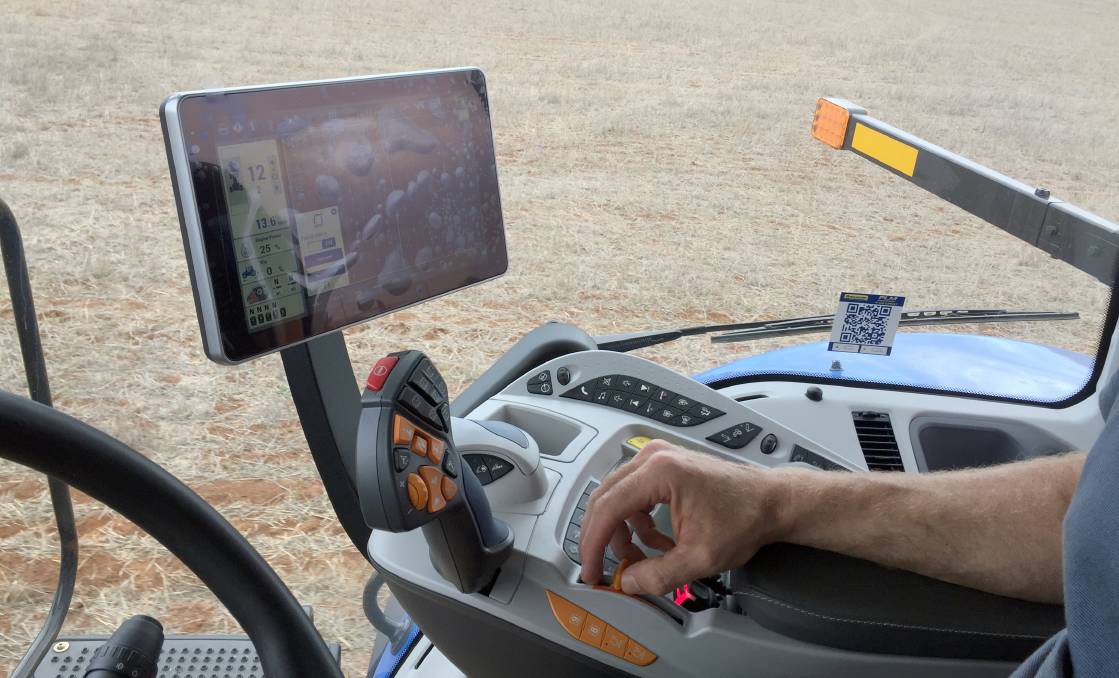 The IntelliView 12 monitor delivers real-time remote insights when out in the paddock.

"It also includes the enhanced cab design and its visibility is as good as anything, if not better than anything else in the market."

The drive event was held the day after solid rainfall across many years, which he described as "spectacular".

"A lot of the growers in our eastern areas and north eastern areas would be smiling strongly with good rainfall figures from 30 up to 100 millimetres, so spraying and ripping will be full-on," Mr Ajduk said.

"It is just a nice positive start and a beautiful cool day which doesn't happen in March very often."

He said it was good to see the latest New Holland machines and other products that the local dealership had on offer, in a working environment.

"I think it is very important to have visibility out there of the new products and the tractor range we have got now," Mr Ayres said of the new models.

"It is a change from what we have done in the market in recent years. 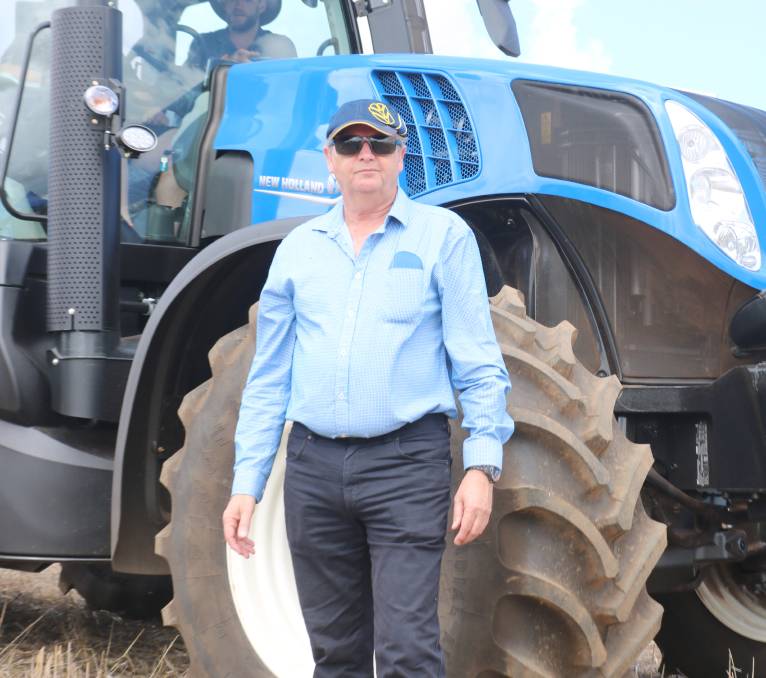 New Holland WA sales manager Trevor Ayres made the journey from Perth to talk to the local dealer staff and farmers about the latest range of blue tractors.

"It gives farmers an opportunity to call in and see the whole range of products in the once place, at the one time."

This was the first of many upcoming drive days and Mr Ayres said they would have a different set of machines featured at similar events across the State.

"With the T8 and T9 upgrades and the new PLM Intelligence range, connecting farmers with the data and information they need is a step forward to where we need to go," he said.

"That is what the farmers are now expecting and that is what we are delivering."