Lucas Scobie, second left, glad to be home for the weekend with Will Oakey and Mitch Dart, along with his family Duncan, Hannah and Jane Scobie.

Imagine that you're sitting down to Saturday lunch and your son's employer, thousands of kilometres away in the Kimberley, calls you on the phone.

Imagine that you're sitting down to Saturday lunch and your son's employer, thousands of kilometres away in the Kimberley, calls you on the phone.

That's how Blackall's Jane and Duncan Scobie discovered on November 28 last year that their 23yo son Lucas Scobie had been seriously burnt while contract mustering on Doongan Station in the North Kimberley region.

His journey back from receiving first, second and third degree burns to 52 per cent of his body, and the support he and his family, who operate the local saddlery, has received along the way, has been nothing short of inspiring. 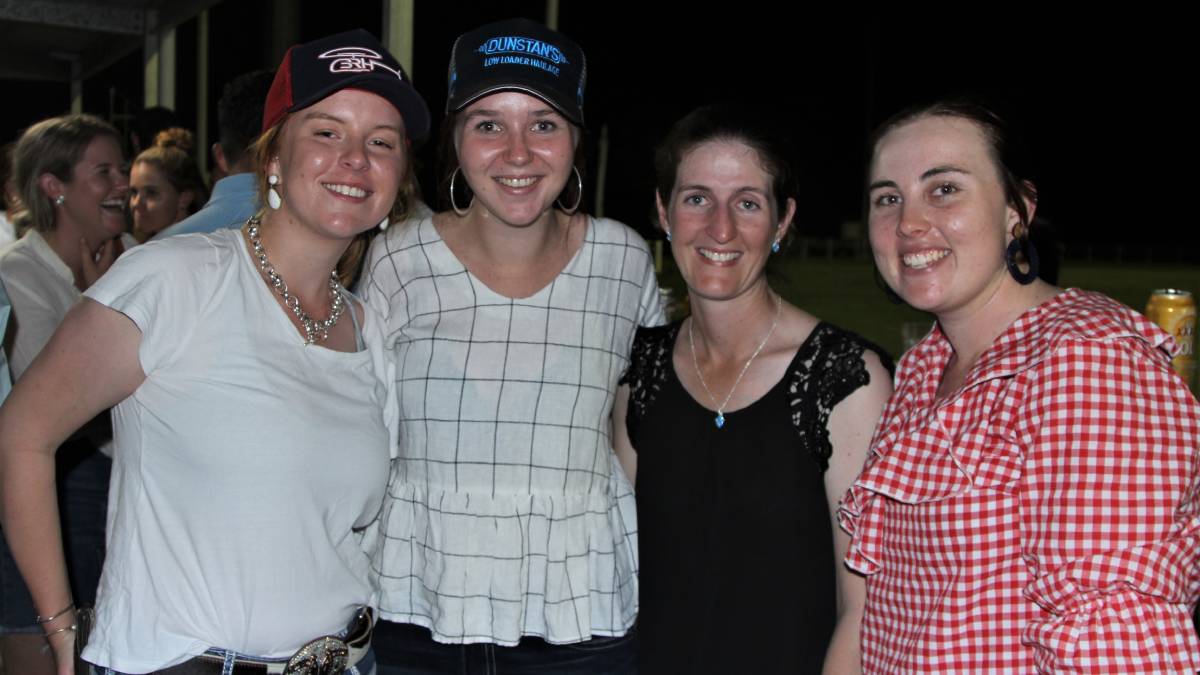 After a mechanical apprenticeship in Blackall and a job with the Western Downs Shire Council at Tara, plus representing Queensland at junior polocrosse level, the pull of the bush saw Lucas embark on a dream year of bull catching and stock work with Gus Davies in 2020.

That was until his quad bike exploded at around 8.30am on that Saturday morning, enveloping him in flames.

Thankfully the team was only five kilometres from the station homestead, situated 600km north of Kununurra, so after they'd rolled him in the dirt to put him out, they rushed him into a shower, where he stayed for nearly an hour before being wrapped in clingwrap.

The Scobies, who found out all this later, told how the staff at Doongan Station worked with the Royal Flying Doctor Service over the phone, sending photographs and making use of items in the RFDS kit until a plane with medical personnel was able to get to the remote property.

That took three hours, after which it took another three hours to stabilise Lucas and then fly him to Perth.

"That's like going from Cairns to Canberra," Jane said. "We got a phone call at 4am our time, so that's 2am their time, saying he's just going into surgery."

The local Blackall doctor, Kieran Le Plastrier is trained in burns response and was able to help Lucas' parents make sense of what they were hearing, and reassure them until they could be with their son.

The conversation with the medicos in Perth, world-leading burns specialist Dr Fiona Wood among them, clarified the situation and helped the couple plan for the long haul ahead.

Because of the number of procedures and skin grafts needed initially, Jane said "we would have been sitting outside the hospital" if they'd flown straight over.

"You've got this thought that it's going to be a long process so we can't just rush over, you need to have stuff sorted out here before you go, otherwise you've got to try and do it from that end, which is not so easy," she said.

Thankfully the Western Australian government had lifted COVID border restrictions at the time, otherwise they'd not have been able to travel at all.

As it was, Jane was there for eight-and-a-half of the nine weeks that Lucas was in hospital in Perth, while Duncan was able to take a couple of weeks off from their saddlery business at Christmas to travel over.

Just before he left, Blackall locals held an impromptu bull ride to show they were there to help.

"Duncan turned up with a flour bag full of money and dropped it on Lucas's bed and said, this is from Blackall," Jane recalled. "Blackall brought him home."

While Duncan insists they've only been in town "for five minutes in the scheme of things", they have been staunch supporters of horse sports throughout Queensland, even outfitting the UK polocrosse team at the 2019 World Cup.

Not content with that, the community, supported by people from throughout western Queensland, took part in a fundraising auction last Saturday evening, raising $36,265 to help the long rehabilitation process ahead.

Donations of cattle auctioned, cash donations and the proceeds of the evening are yet to be added to that tally.

"We are overwhelmed, humbled and most of all, proud to belong to such a community," Jane said.

"As a parent, one of the most difficult things you can do is be part of the support crew for a loved one.

"We are indebted to Blackall for bringing our boy home." 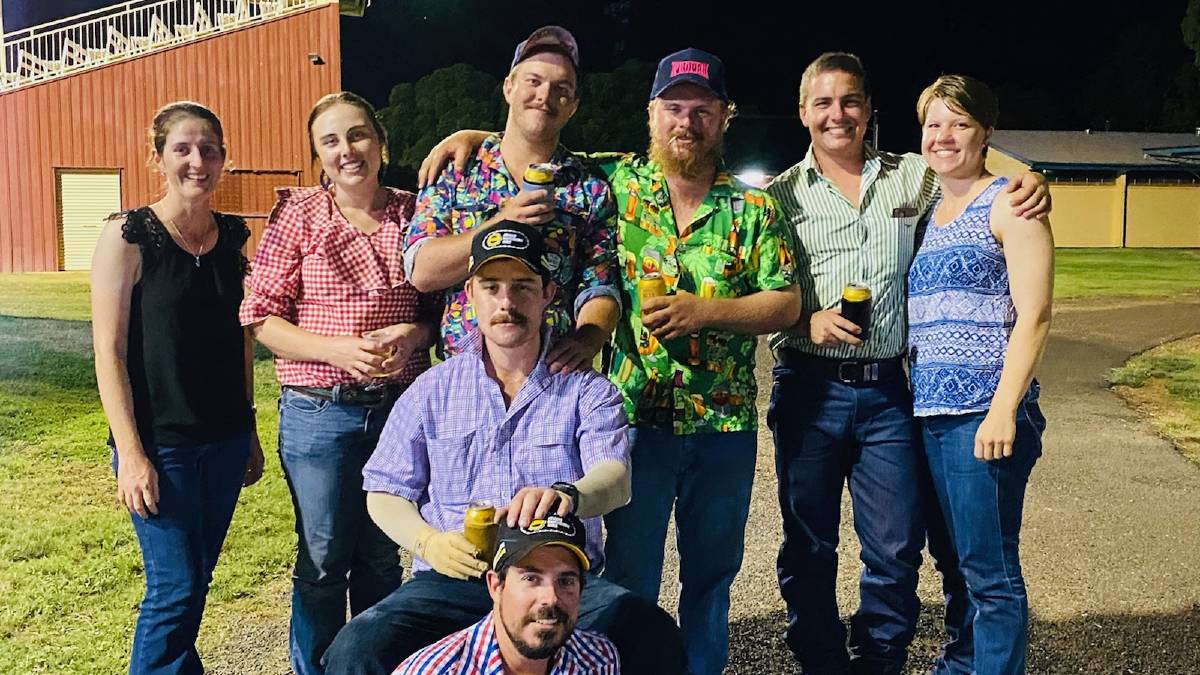 Lucas Scobie was surrounded by mates when he returned home to Blackall at the weekend for the fundraiser run by the local community.

Lucas was able to fly back to Queensland earlier this year, spending 10 days in hospital in Brisbane before being released to stay in the Beaudesert area to be close to his rehabilitation team.

That includes wearing a compression suit, physiotherapy three days a week at least, coping with the loss of his skin's means of temperature regulation, plus constant nerve pain.

Jane said Lucas had always been a big supporter of Ed Ross and Dan Allen's Trademutts philosophy and is benefiting greatly from being able to talk through everything with their psychologists.

"He feels comfortable talking to them," she said. "They understand where you're coming from. They have just been fantastic."

Jane said the compression suit would have to be worn for 18 months to two years but they were hoping the weekend visit home for the fundraiser would be able to be a permanent thing in a couple more weeks, making use of telehealth and returning to Brisbane monthly for check-ups.

When that happens, Duncan and Jane will be able to call a halt to their trips to south east Queensland and back.

"One thing we didn't take into account is the fact that you've just got to walk out of your business, for an indeterminate amount of time," Jane said. "We're still in November - we'll have Christmas next year."

Hopefully the money raised on the weekend eases some of those challenges.