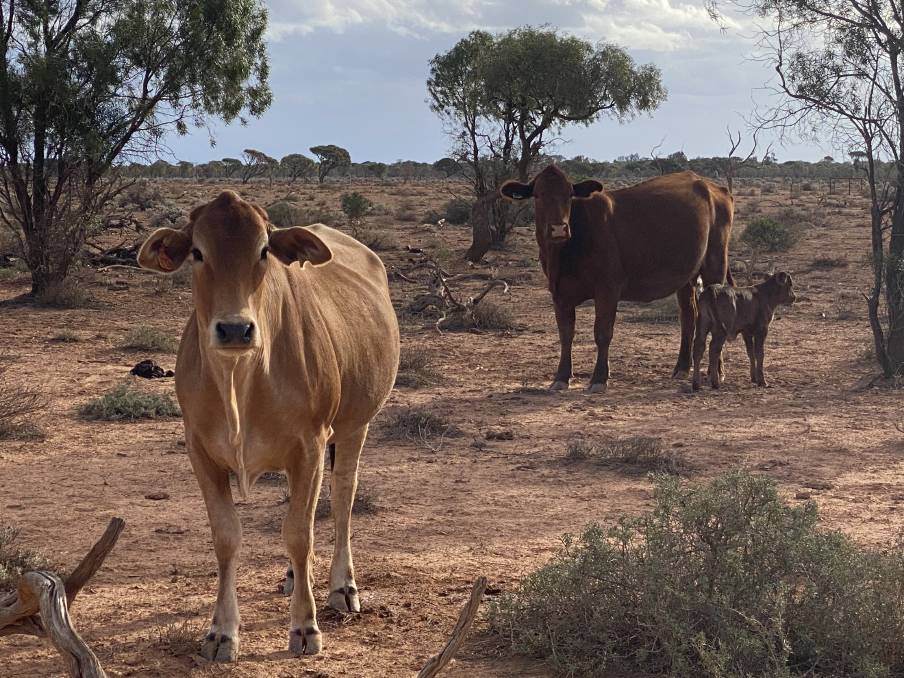 Pockets of the agricultural and pastoral regions have missed out on the widespread summer rain that delighted much of the State. On Virginia station, the Nullarbor, dry conditions have been the norm for about three consecutive years. Photo by Brooke Littlewood.

Some farmers are wondering why the rain seemed to stop at their fence line.

WHILE widespread rainfall over this summer delivered much-needed relief for many farmers and pastoralists across the State, in some pockets dry conditions have persisted.

This summer delivered precipitation across all regions, bringing with it positivity for producers as their dams filled, soil gained some moisture and feed sprouted on the ground.

However some were left wondering why the rain seemed to stop at their fence line.

Pastoralist Russell Swann, Virginia station, along the Nullarbor, was one of the producers who missed out on any significant summer rain.

"We are limping along - we're having another dry year and we haven't really bounced back in a big way for a few years," Mr Swann said.

Being entirely reliant on dams, Mr Swann only has about two to three months of water security left.

Heading into winter he is hopeful more showers will fall, as rainfall records of the past decade have suggested.

"We had 19 millimetres in October, which put water in a few dams and I'm still carrying on from that," he said.

"Apart from that, we have only had about 12mm at the start of February and a few smaller events, so there hasn't been very much to keep us going.

"We don't have any underground water as it's very deep and saline, so we can't afford to develop that at this stage."

Having worked along the Nullarbor for many years, Mr Swann is no stranger to dry periods and said 2019 was particularly tough.

After an instant response from some 13mm rain events which led to the country looking very good, the region was hit with a grasshopper plague, which put the station into a dire position for what ended up being a very dry year in 2019.

By November 2019 the station was completely destocked as they ran out of water.

Then in March 2020, a little bit of rain enabled Mr Swann to restock with 200 head of cattle that he had agisted out.

Despite limited rain from this past wet season, he said the country and cattle were looking good, which was down to him running low numbers - about 150 breeders and 50 young cattle of a strong Brahman base mixed with Murray Grey, Santa Gertrudis and Brahman.

Mr Swann said Virginia station is a fairly new pastoral lease, with about one third of it being developed and when the waters are fully functional, about 60,000-80,000 hectares are grazed.

"The cattle have been doing well, but mostly because I've got them in small groups and spread over a big area and continue to cart water to them (travelling 15-20 kilometres)," he said.

Mr Swann has remained positive about the situation, remembering that he has endured much worse.

"In the past few years I have had to get water from neighbours who have underground water, so that would be 30-40km or a bit further to cart," he said.

"But it takes a while because of the dirt roads and when it's dry it's very dusty.

"Now I'm back to carting every second day.

"I managed to get a break when we got 13mm in February as I have little bits of water holes that push out in those spots and they got water so that gave me four to six weeks of relief.

"I do run a pipeline system from three major dams but they are all currently dry."

Pockets of no rainfall have also been noted across various other areas, including on Sam Burgess' farm at Arthur River.

Rainfall seemed to have skipped past his property, having received just 34mm since January, whereas areas close by had 80-100mm.

"Stock water is a major issue, we made the decision to destock most of the sheep," Mr Burgess said.

As a result, he has chosen to focus more on the cropping side, with the plan to crop more this season.

Given 2020 started with no subsoil moisture and 230mm of rain fell over the growing season, Mr Burgess said those less than desirable conditions still grew average crops, so he hasn't been too concerned about subsoil moisture but is determined to keep any moisture that is there.

The Bureau of Meteorology (BoM) reported that rainfall deficiencies have continued across the south western to the central regions of WA, although the size of these areas has decreased substantially following above average rainfall.

It also said that root-zone soil moisture had increased across much of the State.

"Serious or severe rainfall deficiencies for the 11-month period April 2020 to February 2021 are in place in WA in north-eastern parts of the South West Land Division, the south-eastern Gascoyne and adjacent parts of the Goldfields district," the bureau said.

From a long-term perspective, BoM wrote that Australia has experienced a prolonged period of below average rainfall over several years.

"Rainfall deficiencies have affected much of Australia since January 2017," it said.

"The strip along the west coast and south coast of WA has also been affected by rainfall deficiencies for the periods commencing January 2017 and January 2018.

"For periods longer than 24 months, the greatest impact of the prolonged below average rainfall has been in the cooler months of April to October."

Large parts of the country have remained in severe rainfall deficiency for a 35-month period from April 2018.

But rain last year and in early 2021 led to an improvement across many areas.

"Persistent, widespread, above average rainfall is needed to lift areas out of deficiency at annual and longer timescales and provide relief from the impacts of this long period of low rainfall (such as renewing water storages)."