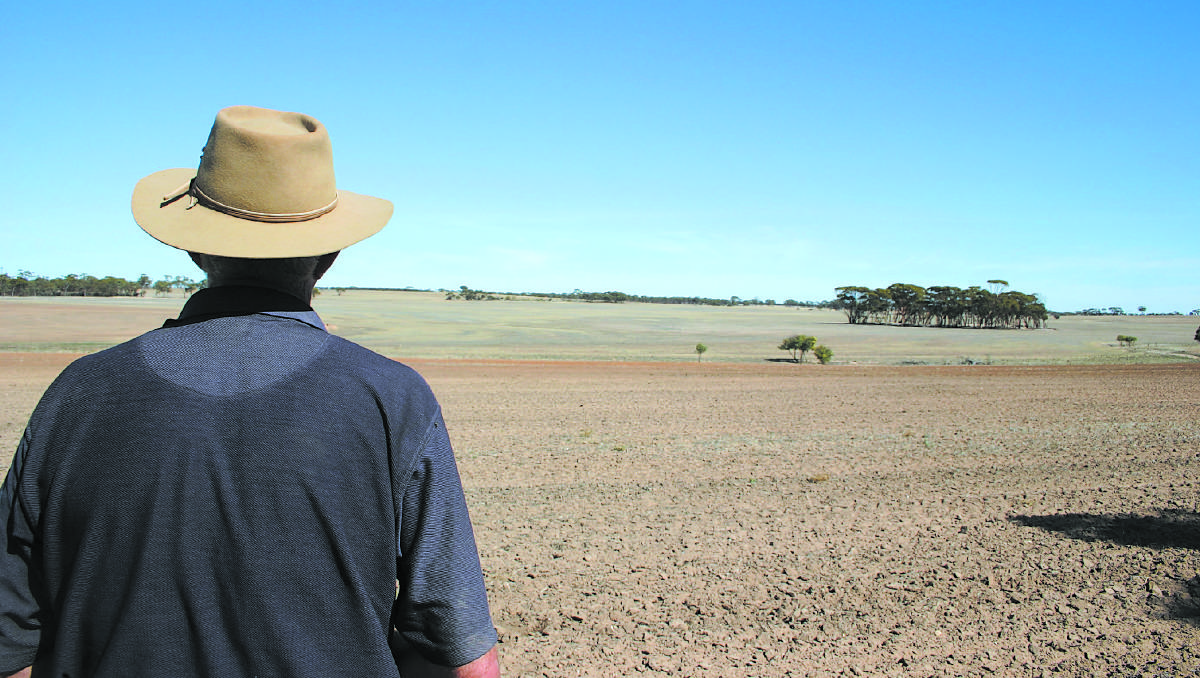 Working on the land is a tough gig at the best of times, but will be made harder if city-centric MPs fail to deliver appropriate support mechanisms for country areas.

If the bush isn't looked after, country voters will be seeing a different red.

I SEE Red, a song by New Zealand band Split Enz in the late 1970s, is an apt description of WA Labor Party's dominance in both houses of State Parliament.

Following the party's crushing victory in the WA Election on March 13, the red party now dominates representation in the Upper and Lower Houses, giving it almost complete control of parliament for the next four years.

The one-sided election result was delivered on the back of a wave of popularity for Premier Mark McGowan who has almost reached rockstar status for many voters, in particular for the State's response to COVID-19 and locking down our borders in the early stages of the worldwide pandemic.

A new cabinet has been sworn in and now it is back to work for the McGowan government that is enjoying its second honeymoon phase - the first being after it defeated the Colin Barnett-led government in the 2017 election.

For the party's newly-elected representatives, it will be a baptism of fire.

As with any election there will be MPs who were elected purely on the strength of their leader and not on local issues and this was surely the case in the latest poll, with ample anecdotal evidence of people wanting to vote for Mark McGowan, despite him not being their local MP.

Chances are a lot who voted for the party have little, if any intelligence on their local Labor representative, despite putting a 1 beside their name on the ballot paper.

However now that election euphoria has died down, voters will probably take an interest - waiting to see when local commitments that were made in campaign mode will be delivered - and hopefully keeping the government honest, ensuring that all pledges become reality.

And on the other side of the election battle, the Liberals, The Nationals WA and fringe parties need to stop licking their wounds and rebuild - quickly.

The WA economy hasn't stopped while we have been in the election phase or while commentators work out who will take lead positions for these parties that are sitting opposite the government in both houses.

There are still local issues that need addressing and there is still a lack of understanding from city-centric politicians of the struggles of living in regional and remote areas of WA - areas by the way, mainly through agriculture and mining - that keep this State buoyant and ticking over.

Given the revenue, royalties and other benefits these regional-based industries constantly deliver, you could be excused for thinking that all the essential services in the country are well supported and the appropriate infrastructure is in place.

Far from the truth.

Despite the election result from a couple of weeks ago, there are a lot of people living in the country who are seeing red of a different kind.

There have been countless conversations at local sporting groups, community organisations and even country pubs about what happens next in the bush.

Many want to know how the opposition parties are going to go in and bat for people living in the bush, given their reduced numbers in parliamentary debates.

You only have to cast your minds back a few years ago when the future of the Moora Residential College (MRC), the only country boarding facility between Perth and Geraldton, was on shaky ground.

It was set to close at the end of the 2018 school year after WA Education Minister Sue Ellery, who retained that portfolio when the new Cabinet was released last week, announced in December 2017, that an $8.7m upgrade flagged for the college would be taken off the table as part of a raft of cuts to education, in a bid to fix the State's dire budgetary circumstances at the time.

A Save Moora College group was formed and at the start of the campaign it was lobbying for a measly $500,000 to fund urgent maintenance work for the continued safe functioning of the residential facility, which at the time, was home to 25 students who attended the Central Midlands Senior High School.

After a sophisticated social media campaign, tireless lobbying and multiple protests on the footsteps of State Parliament, the Moora community was told in September 2018, that the Federal government had stepped in, with an $8.7m capital grant for the college's refurbishment - meaning the 'home away from home' for these country students was to stay open.

People involved in the campaign at the time said they were not prepared to let the State government steamroll them.

Ultimately, with the support of the parties in opposition to the government, they were able to reach the desired outcome.

But what would happen now if the State government adopted a similar approach to another essential service in the country and there are less MPs from the opposing parties to stand up, be counted and say NO?

The State government will naturally suggest this won't happen, but the proof will be in the pudding at the end of what is shaping up to be a tough four years for the struggling opposition parties.

City people will argue that facilities like the Moora Residential College only help out a small number of people and that taxpayers' money would be better spent on services that support more people.

Given the majority of WA's voters and MPs are based in the suburbs, it will be a challenge for anyone to prosecute an argument to the contrary.

This is a small-minded approach and if it continues, will only contribute to the race to the bottom for country towns that have seen their services eroded by different governments over many years.

If there are not enough education and medical facilities in a region, less people are likely to live there.

As you can read in a story in Section 1 of today's Farm Weekly, in less than 30 years, more than 250 rural maternity services have been closed around the country.

Regional doctors are annoyed that country women are forced to travel long distances to have their babies, with some being born on the side of the road.

The Rural Doctors Association of Australia has called on the Federal government to pressure the States, that have responsibility for providing healthcare services, to protect and reinstate regional maternity services.

It is 2021 and WA is not a third-world country - people living in the bush should have better access to these services.

It is time for the government to get to work and recognise this - and for opposition MPs to find their voice.